At first, he was trafficking turtles. Now he's been busted for dealing pythons 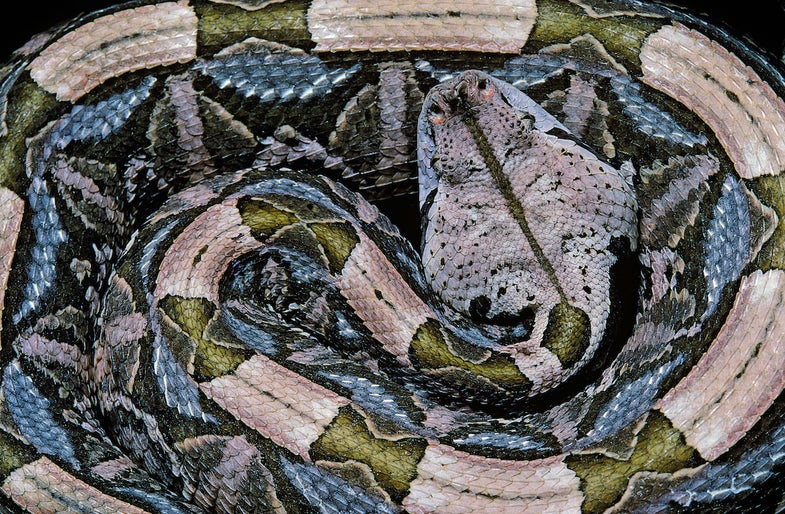 The Gaboon viper is the heaviest venomous snake in Africa. Paul Starosta/Getty
SHARE

Apparently, there is a market for mailing venomous snakes. But there are a few obvious reasons this is not a great idea. One, packaging and handling. Two, it is unhealthy for the wild animals. And, three, it’s illegal.

Yet, Ashtyn Michael Rance, 35, of Valdosta, Florida, has done it again. Well, the first time was turtles. Three years ago, Rance labeled a package “Live Tropical Fish” and shipped three eastern box turtles and 16 spotted turtles from his home in Valdosta to a customer elsewhere in Florida, for $3,300. Prosecutors noted that Rance was aware that the turtles would be forwarded to China.

Several months later, Rance shipped a package falsely labeled “Ball Pythons” to another trafficker. But, a Gaboon viper is no ball python. The horned snake, a native of sub-Saharan rainforests and savannas, has the longest fangs of any venomous snake—up to 2 inches in length—and the highest venom yield. Rance shipped 15 of them, worth $900. Rance, a reptile dealer, had legally imported 100 Gaboon vipers from Africa to Atlanta, then drove 16 of them to Valdosta.

When authorities later searched Rance’s home, they found a Bushmaster Carbine .223 caliber rifle alongside a Mossberg 12-gauge shotgun. Because Rance was already a convicted felon, possessing the guns was also illegal. On February 23, he pleaded guilty on that count and on a second count of wildlife trafficking, prosecutors said in a news release.

Federal authorities nabbed Rance in a multi-agency investigation, known as “Operation Middleman,” focusing on trafficking reptiles from the United States to China, a violation of the Lacey Act. U.S. District Judge Hugh Lawson sentenced Rance to 33 months in prison for each count to be followed by three years of supervised release, during which time the reptile peddler will be prohibited from possessing or selling wildlife. The judge also fined Rance $4,300.

The Lacey Act prohibits transporting wildlife between states if the wildlife is illegal under state laws, and also prohibits falsely labeling a package containing wildlife.

“Trafficking venomous or endangered wildlife through the mail clearly puts the delivery couriers and the public at risk and can harm the boxed animals,” said Peter D. Leary, the U.S. Attorney for the Middle District of Georgia.