Are Game Wardens Watching You? — Part 2: The Poacher with a Past

Nobody wants law enforcement eyeing them. But what if game wardens have good reasons to do so? What if the person they're watching is, in fact, a poacher? 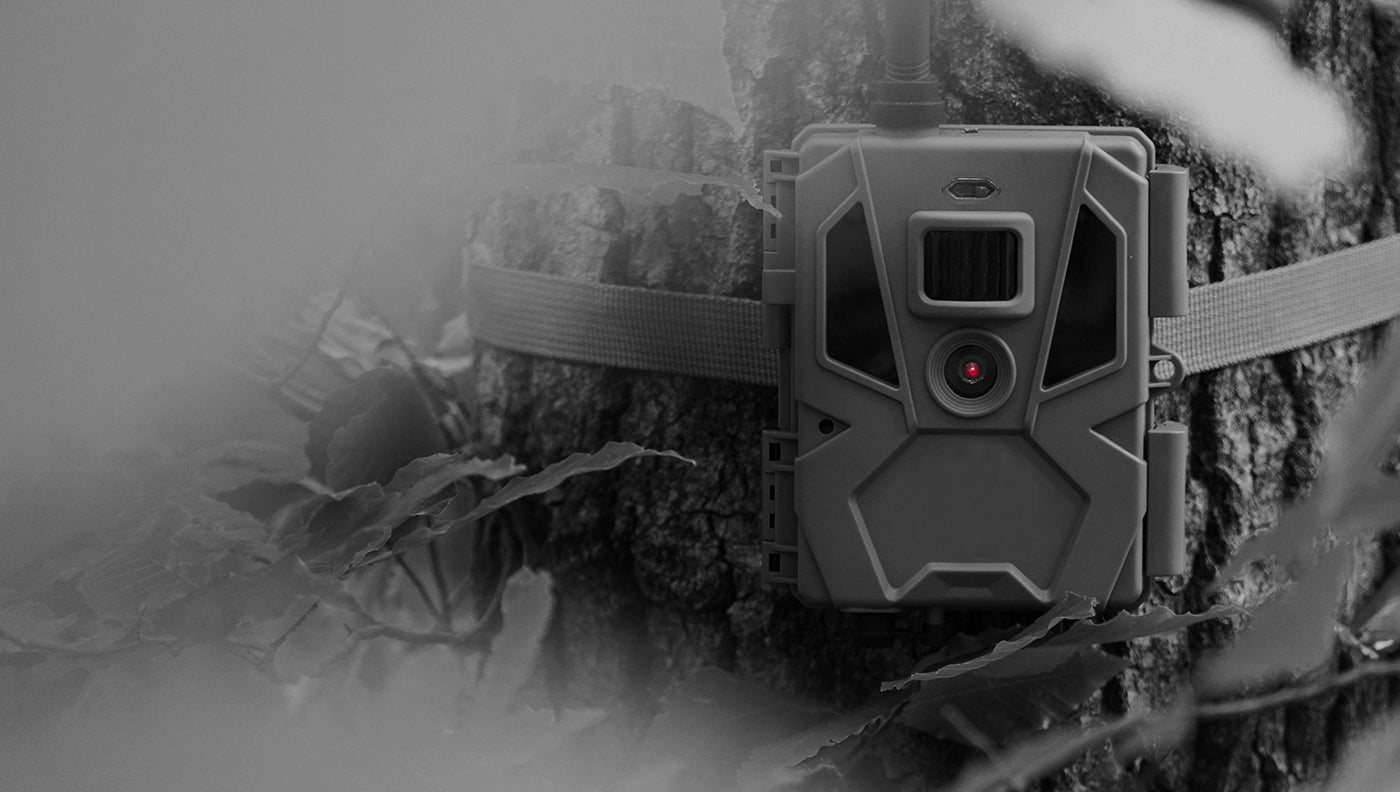 If you found a hidden camera on your property, wouldn't you take it down?. Dave Hurteau
SHARE

“Are Game Wardens Watching You?” is a three-part F&S exclusive. In Part 1, we told you the story of Hunter Hollingsworth, the Tennessee duck hunter who found a hidden trail camera on his property and prevailed in a lawsuit against the game wardens who placed it there. In Part 2, we dig into why the wardens were so focused on Hollingsworth in the first place.

Hunter Hollingsworth’s hunting license is currently suspended—and not for the first time. Hollingsworth’s previous wildlife convictions include shooting cliff swallows, shooting beavers at night on public land, and shooting deer at night from the road. Hollingsworth, now 31, was a juvenile the first time he met Officer Kevin Hoofman of the Tennessee Wildlife Resources Agency. He and a buddy were in a boat on Kentucky Lake, chasing coots and shooting them with lead shot. Hoofman, who has been with the TWRA since 2005, said in a February 2021 sworn deposition that Hollingsworth and his friend shot over the limit, and he believes he wrote them a citation for it, though he couldn’t remember many details since it had been more than a decade ago.

But Hollingsworth remembered plenty about that first run-in with Officer Hoofman. He said he and his buddy were taking turns, with one person on the bow of the boat, shooting, while the other person drove. That’s illegal—but they were using lead dove loads on top of that. “Of course, we were trying to see how many of them we could kill,” Hollingsworth told F&S. “There were thousands of them out there. Nobody ever messes with them. We were going to take them home and eat them.”

But Hoofman caught them first. Hollingsworth said the TWRA often had a booth in career fairs at the local high school, and he decided to tease Hoofman as the officer was writing them the citation. “He was real mad,” Hollingworth said. “Right out of the gate, he was trying to be a big tough guy and be intimidating. We were cutting up, joking with him, and I said, ‘Hey man, will you put these pictures (of the coots) in Career Day at school?’”

A History of Game Law Violations

Hollingsworth’s poaching offenses only continued over the years. Hoofman testified that in 2016, he acted on a tip about some illegal waterfowl hunting activity on the Hollingsworth property, and he began investigating. He said that he found a deer feeder with corn in a food plot and an empty stand nearby. That wasn’t what he was initially looking for, but hunting deer over bait is nonetheless illegal in Tennessee, and so Hoofman took notice and continued his patrols.

In November 2017, Hoofman returned to check out some shallow-water impoundments on the Hollingsworth farm that are managed for duck hunting. He believed he might find bait placed for waterfowl, and, in fact, he did. Hoofman noted in his report that there was “a large amount of corn kernels and corn cobs along the southeast side of the Hollingsworth eastern most impoundment of water.”

He returned to the Hollingsworth farm about a month later, on December 12, to further document the duck bait. Then three days after that, he got a tip about gunshots on the property. He went in, hoping to catch someone hunting the baited field, but no one was there. A little later in the morning, however, three individuals returned, and Hollingsworth was among them. Hoofman’s report reads: “3 individuals wading around in the eastern most impoundment…Two individuals were carrying firearms…All 3 individuals were observed picking up dead ducks. At approximately 9:04 a.m. one of the hunters shot once at a duck on the water.”

Another officer assisted Hoofman in confronting the men, who were in possession of 19 ducks—one over their collective limit of six birds per hunter. Hoofman told Hollingsworth that someone in the party was over the limit, and that the area was baited. Hollingsworth initially denied the bait, but he knew better because he’d baited the field himself. “The field was baited,” he admitted to F&S. “I had baited the field.”

Violations involving migratory game birds not only break state game laws but also the Federal Migratory Bird Treaty Act. If the violations are severe enough, a state agency like the TWRA might ask for assistance from the U.S. Fish & Wildlife Service. Hoofman didn’t write any citations that day, presumably because he was building a larger case, but Hollingsworth said that Hoofman warned him before leaving: “’You’ll be hearing back,'” Hollingsworth remembers Hoofman saying. “‘I’m going to pass this along to the feds.’”

A few weeks later, in January 2018, Hollingsworth discovered the hidden trail camera, on which there were pictures of Hoofman and USFWS Special Agent Kyle Lock. The following September, Hoofman returned again to check Hollingworth’s dove field, this time accompanied by several USFWS agents. They claimed that the field was baited, but didn’t write any citations that day, either.

The search warrant to find the trail camera was executed at Hollingworth’s home in October. Hollingsworth was ultimately charged with multiple violations, including several counts of baiting migratory game birds (doves and waterfowl), shooting over the limit of migratory game birds, and theft of government property. Hollingsworth insists that the dove field wasn’t baited, but, at the urging of his attorney, he pled guilty to that charge in exchange for dropping the others.

The Effect on Law Enforcement

For every wildlife officer with the TWRA, the judges’ ruling in the Hollingsworth case has huge implications. Although the agency declined to comment on the case specifically, Emily Buck, TWRA director of communication and outreach, said, “All of our law enforcement officers have earned wildlife or fisheries biology degrees and pursued this career because they are passionate about protecting wildlife and our state’s beautiful natural resources. Many are farmers and landowners themselves and understand the balance between private-property rights and the need to prioritize wildlife management. Private-property rights extend only to the property, not the wildlife that neither see nor follow private property lines.”

The TWRA has appealed the decision, contending that obtaining a search warrant every time they need to enter private property is especially problematic for wildlife officers. “Many of the wildlife cases our officers work are time sensitive,” Buck said. “Poaching is more common at night, when it can be especially challenging to obtain a warrant from the court, and violations can cease to exist if not acted on immediately.”

Richard Simms, a former game warden with the TWRA, added that wildlife violations are misdemeanors and enforcing them means the officer must personally observe the violation as it happens. “They can’t act on something because somebody calls them,” Simms said. “They might use that information for additional investigation, but for them to actually cite someone, they have to see it firsthand. The (threshold of proof) is far higher for misdemeanors than for felonies.”

Simms also said that the court ruling, as it stands now, will make it incredibly difficult for game wardens to do their job. “I’ll use my own private property as an example,” he said. “I live on 10 acres, backed up by 80 acres of undeveloped land. My house is set back off the road. There’s nothing stopping me from shooting a deer right here whenever I feel like it, and it’s physically impossible for anyone who is not on my land to see it happen. In days gone by, if my neighbors had heard the shots and reported it, an officer could walk from the road to a point to where he could see and watch me. Now, he can’t do that unless he goes before a judge and gets a warrant to walk on that land. I seriously doubt the evidence he would have would meet the threshold for a judge to issue such a warrant. When an officer can’t walk on private property to investigate potential wrongdoing, his hands aren’t 100 percent tied—but he is severely restricted.”

Simms actually believes the Hollingsworth case is a good example of why game wardens need to be able to enter private property without a warrant. “The officer’s motivation was not a personal vendetta against an individual,” he said. “He was concerned about abuse of the resource. He knew this individual had a history of wrongdoing. The wildlife that belongs to everyone, regardless of what property they’re on, deserves to be protected.”

Yet, Simms agrees with Hollingsworth on one key issue: The hidden trail camera was a tipping point in this case. Hollingsworth says he would’ve never filed the lawsuit if not for that. And even Simms—again, a former game warden—says that it crossed a line that a game warden observing first-hand does not.

Every hunter I’ve talked to about this case not only agrees with Simms but also shudders at the thought of wardens planting hidden cell cameras on private property. On the other hand, they recognize that wildlife needs protection from poachers, like Hollingsworth. How do we balance these thing going forward? We’ll dig into that in the conclusion of this series.