Dozens of Geese and Pelicans Mysteriously Found Dead in Iowa

State officials are considering lead exposure, low water levels, and a leak from a wastewater treatment plant as possible causes 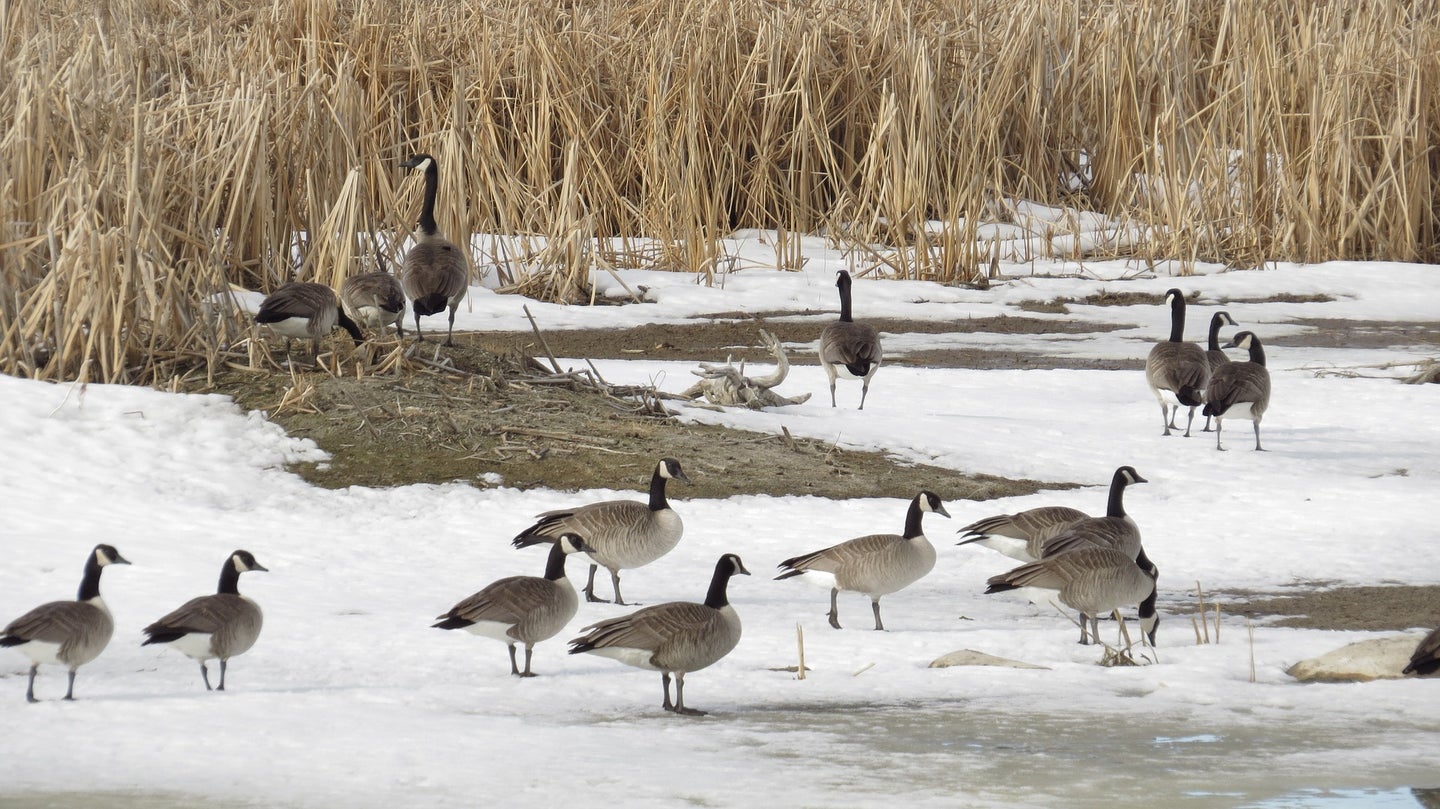 Iowa residents are being encouraged to report sightings of dead geese and pelicans to the DNR. Pixabay
SHARE

The carcasses of more than 20 Canada geese were found earlier this month at the Nahant Marsh in Davenport, Iowa. Just blocks away, city workers collected the bodies of more dead geese near the Mississippi River, as well as dozens of dead American white pelicans. Iowa Department of Natural Resources (IDNR) officials are currently investigating the spate of mortality events but can’t say for sure what caused them.

One of the IDNR’s plausible theories is that the birds died of lead poisoning as a few of the dead birds in the Nahant Marsh were found to have elevated lead levels. Before the marsh became the property of the city, it housed a hunting club. The U.S. Environmental Protection Agency removed the lead shot out of the marsh in the late 90s, but it’s possible that recent low water levels may have exposed lead that had been missed in the clean-up.

Brian Ritter, the executive director of the Nahant Marsh Education Center, said he would be surprised to learn that lead was the culprit. “I don’t think it’s coming from here because we haven’t had an indication of any lead [issues] since prior to my time, and I came in 2007,” he told the Quad-City Times. Additionally, he says that some dead geese and pelicans were mysteriously found upstream from the hunting club last fall; lead at the marsh would not explain those deaths.

Another of IDNR’s theories is that low water levels have allowed harmful bacteria and mold to grow in or near shallow water. But if that was the case, dead birds should also be showing up on the Illinois side of the river. They’re not—at least, not yet. Meanwhile, a couple of Davenport residents have reported seeing dead geese this winter near the city’s wastewater treatment plant. They told the Quad-City Times that they suspected a spill or a leak had caused the birds to die. However, IDNR wildlife biologist Curt Kemmerer said that this is unlikely. “We have sections of the IDNR that deal with water quality compliance,” he explained. “Spills are usually quickly discovered and reported.”

Read Next: Missouri Crow Deaths a Mystery as Conservation Department Looks For Answers

For now, the IDNR is keeping an eye on the situation and asking hikers, birders, and anglers who come upon six or more dead birds in close proximity to report it to the agency. “Mortality events can be subjective, but a half-dozen is probably a good rule of thumb for concern,” Kemmerer said. “I think we’ll have to let this play out until spring. We’re aware of the situation and we’re monitoring it.”