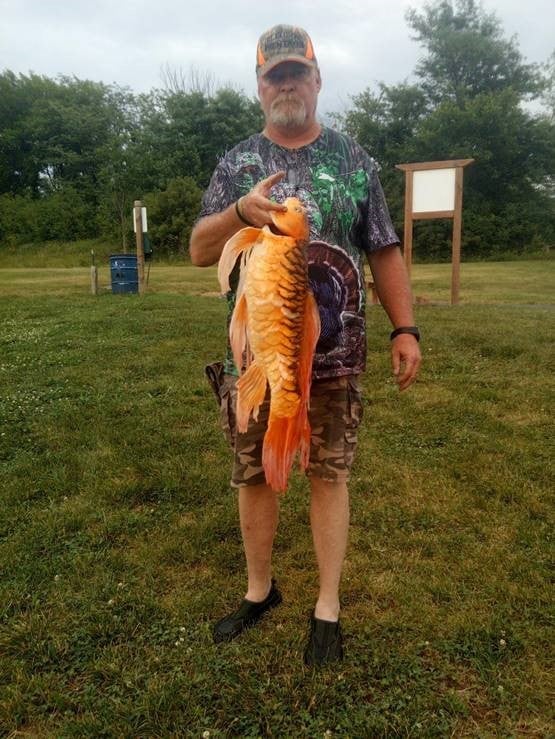 While fishing at Blue Springs Lake Remembrance outside of St. Louis, Missouri, angler Tim Ownings caught a giant 9-pound butterfly koi fish. His catch of a non-native species has prompted the Missouri Department of Conservation (MDC) to launch a public service announcement urging people to not release unwanted pets into the wild.

Exotic pets that are released into the wild can cause tremendous damage, and it’s becoming a problem around the country. Incidents of anglers catching invasive species have been recorded in Florida, South Carolina, and Utah. According to the MDC Facebook page, “When pet owners dump ornamental fish like this, it can cause serious issues for native species. Instead of dumping aquarium fish, check with local pet stores who may take them back, or connect with aquarium clubs in your city.”