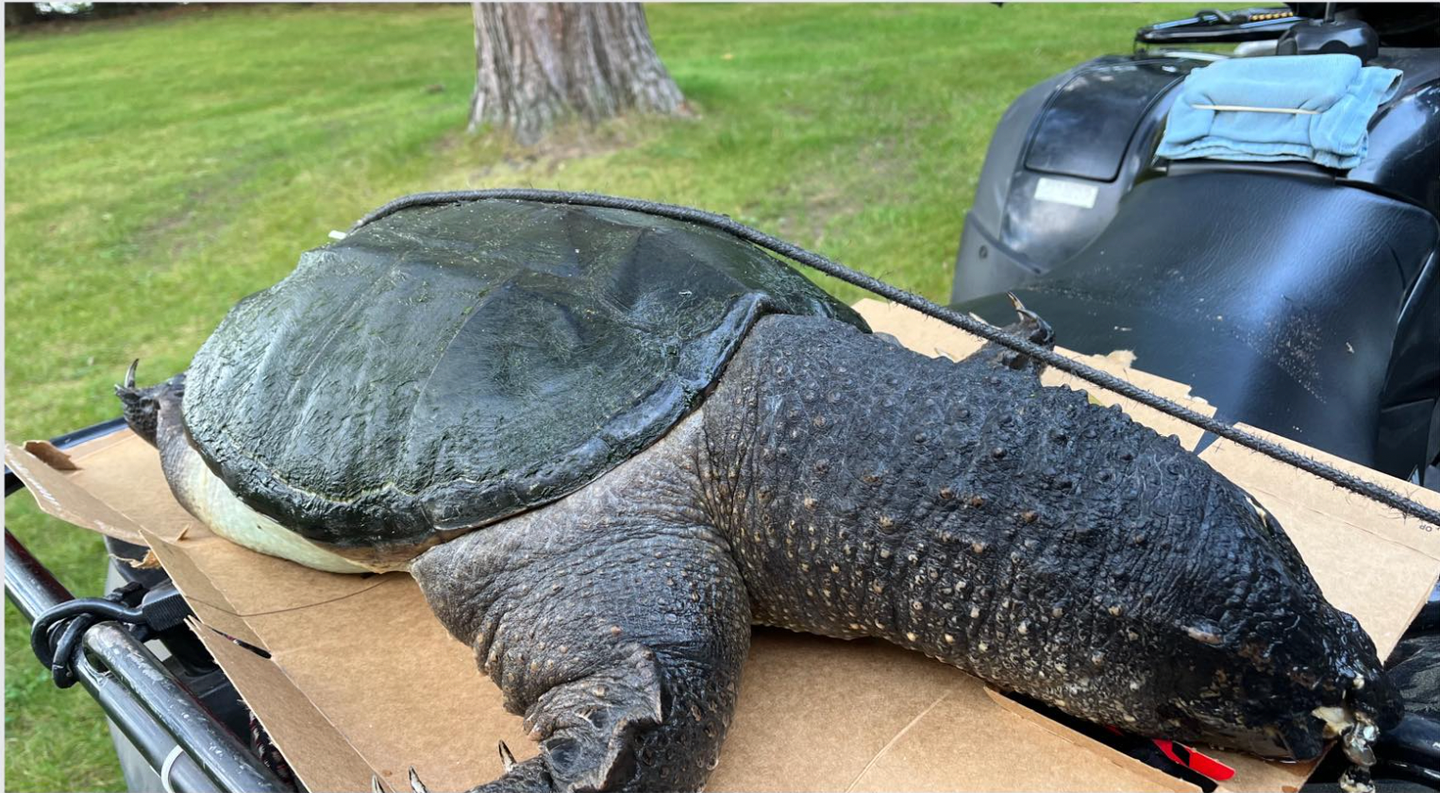 An unusually large, partially-decayed snapping turtle was found on a Wisconsin beach over the Labor Day holiday weekend. Jackie Anderson found the deceased specimen and took photos of it, which show its whopping girth. She stretched the big reptile out on a flattened piece ofcardboard draped over the back of ATV.

“Look what we found washed up on our beach,” wrote Anderson in a Facebook post. “[I’m] happy I didn’t meet up with it when I was swimming!”

The turtle was found on the shores of Sand Lake, which is part of the chain of lakes in Sugar Camp, Wisconsin. Sand Lakes is one of the largest of five lakes in the Lake Superior Northwoods region of the state. Snapping turtles are common in the area—though one of this size is still eye-popping.

“The main thing I want people to know is that we did not harm this turtle in any way,” Anderson told Newsweek. “We found it washed up on our beach with a decaying stench.”

According to the Wisconsin Department of Natural Resources, the Badger State is home to 11 different types of turtles. Snapping turtles are the largest and heaviest turtle species in the state. Their shells typically grow up to 16 inches long—though this one appears to be even bigger. Anderson didn’t share any measurements of the washed-up turtle. The cause of its death is unknown. Snapping turtles are characterized by their powerful bite and aggressive nature. They are both predators and scavengers and have been known to eat anything from small ducklings to 4-foot water snakes.