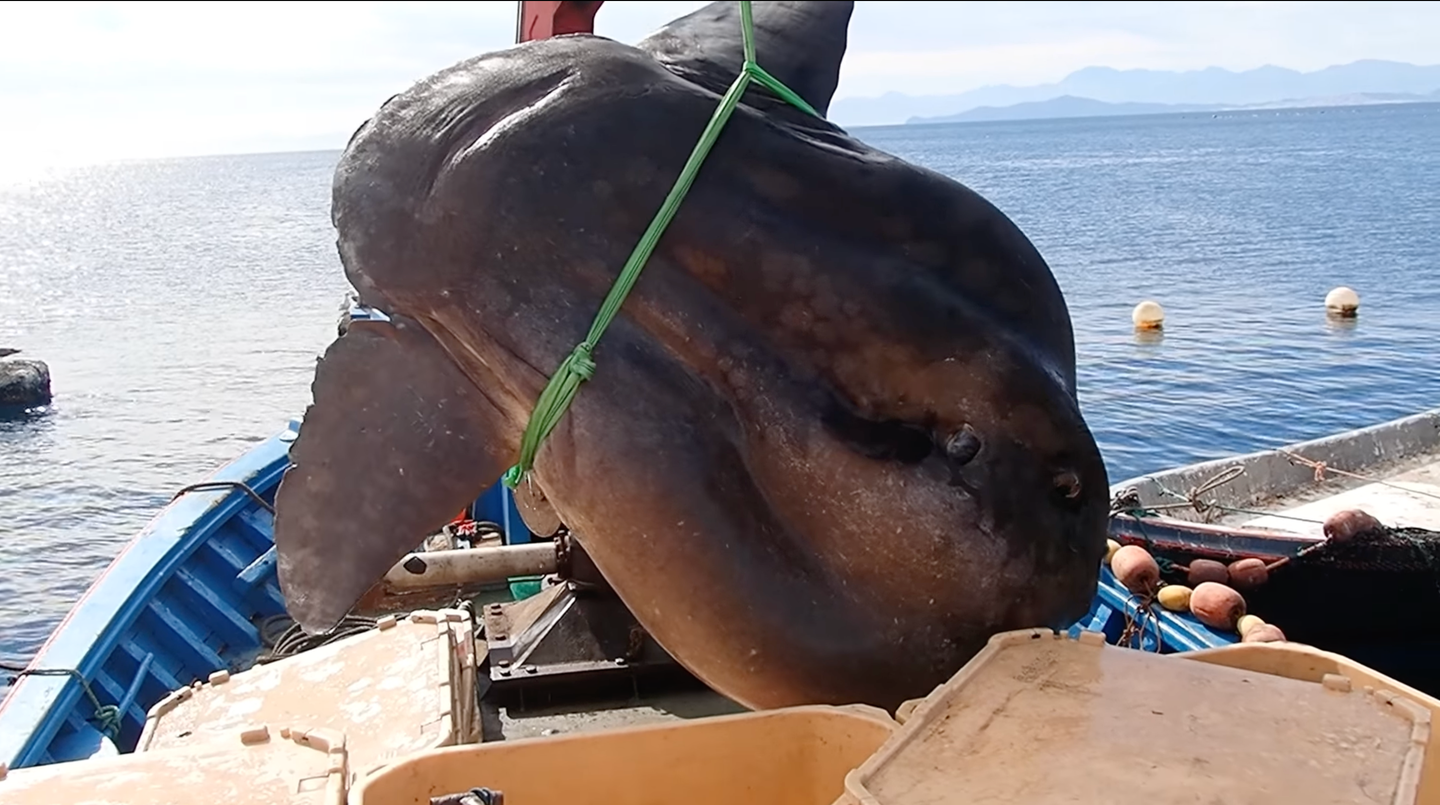 How big was the last sunfish you caught? Well, I’d bet the house that it wasn’t anywhere near as big as the ginormous sunfish that was netted near the Spanish city of Cueta on the northern coast of Africa on October 4. The 10.5-foot-long, 9.5-foot-wide beast is believed to be a southern sunfish, which is also known as the Mola alexandrini. It was found entangled in the nets of a commercial tuna fishing boat. Marine biologist Enrique Ostale from the University of Seville’s Estrecho Marine Biology Station responded to the incident with a team of researchers that hoisted the sunfish out of the water using a crane to study and snap a couple of pictures of the giant before releasing it. The University of Seville posted a short video of the incident on its Facebook page.

According to Reuters, the massive sunfish was a record size for the region—even though researchers were not able to get an accurate weight on the beast. “We tried to put it on the 2,204.6-pound scale but it was too heavy. It would’ve broken it,” Ostale told Reuters. “Based off its corpulence and compared with other catches, it must’ve weighed around 2 tons…I was stunned. We’d read about such individuals…but never thought we’d actually touch one day.”

“It was also stressful: you’re on a boat in the middle of the water, there’s a crane moving huge weight, a live animal. We couldn’t waste a moment and had to avoid accidents,” added Ostale. The researchers not only wanted to study the specimen, but they also wanted to keep it alive and release it. The team first isolated the fish in an underwater chamber before lifting it aboard their boat using a crane. Then the researchers measured, photographed, and took DNA samples of the creature. Finally, they safely released it back into the sea and filmed it swimming away.

Read Next: Rare 100-Pound Opah (a.k.a. “Moonfish”) Found Washed up on Oregon Shore