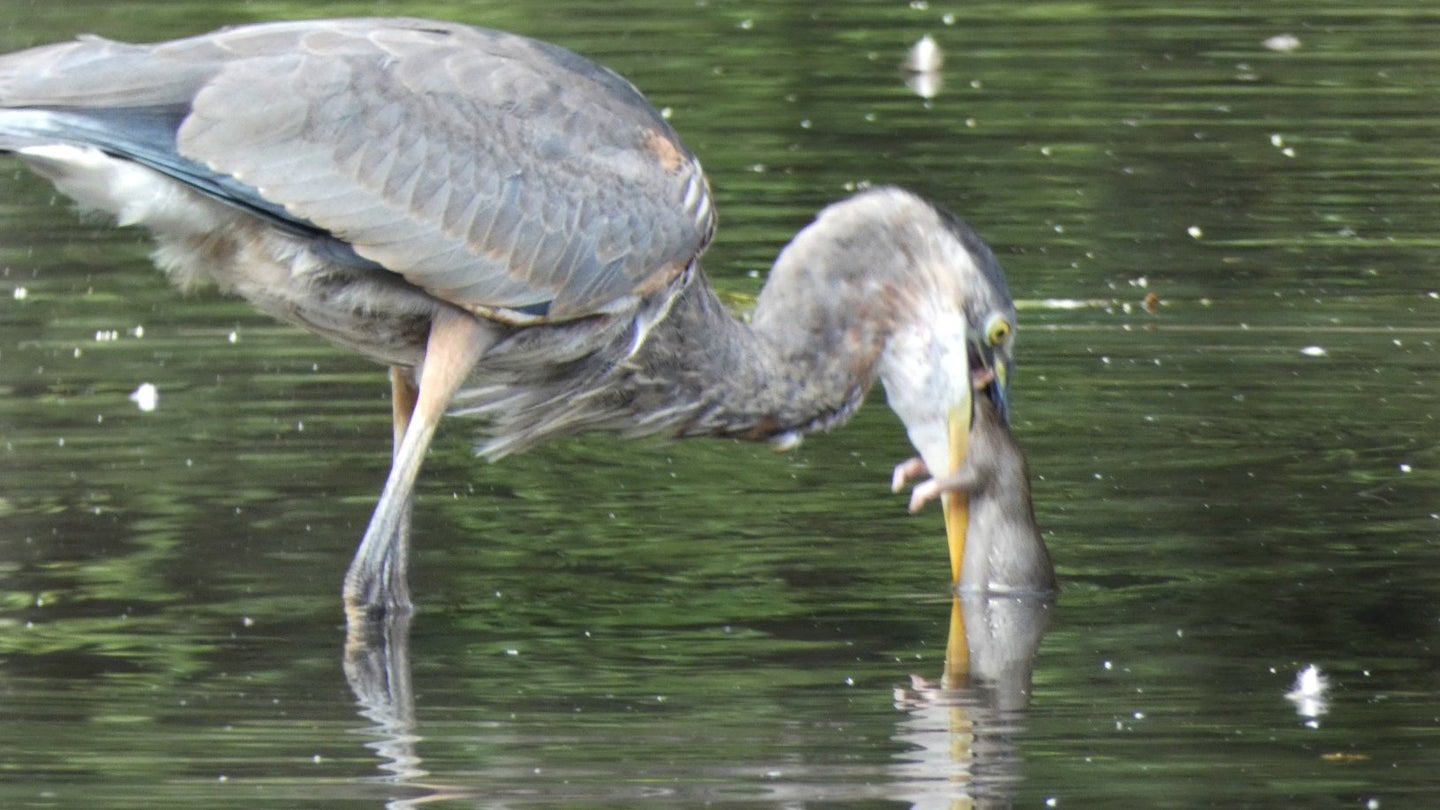 One of North America’s most iconic wading birds chowed down one of Manhattan’s most infamous critters in Central Park over the long weekend. A great blue heron made breakfast out of a giant—I mean giant—rat. After killing the critter, the majestic bird quickly gulped the large rodent down its gullet. The encounter was caught on video and posted to Manhattan Bird Alert Twitter Account. The channel is run by David Barrett, who shares unique bird and critter sightings within the Big Apple city limits.

“It took the Great Blue Heron only a few seconds to lift the rat, once killed, out of the water and swallow it—this morning at the Central Park Pond,” writes Barrett in the post. It’s the kind of thing you don’t see every day and probably wouldn’t want to, anyway. That said, the footage is hard to look away from.

New York City is one of the most rat-infested locales on the globe. Officials believe that there are approximately 2 million rats within the city. They’re most often seen running through subway tracks. This rat, however, made the mistake of scampering around one of Central Park’s eight lakes. The great blue heron is the largest heron in North America and particularly widespread, as evidenced by the wild encounter at the heart of a bustling metropolis. You can see these herons in waters as far north as the coastal bays of Alaska and as far south as the subtropical mangrove swamps of Florida. Great blue herons typically feast on fish but also feed on small critters along the shoreline—as this city-dwelling heron did.