More than a half million acres of Western wetlands will be dry this fall. If the drought continues, long term effects on waterfowl could be dire 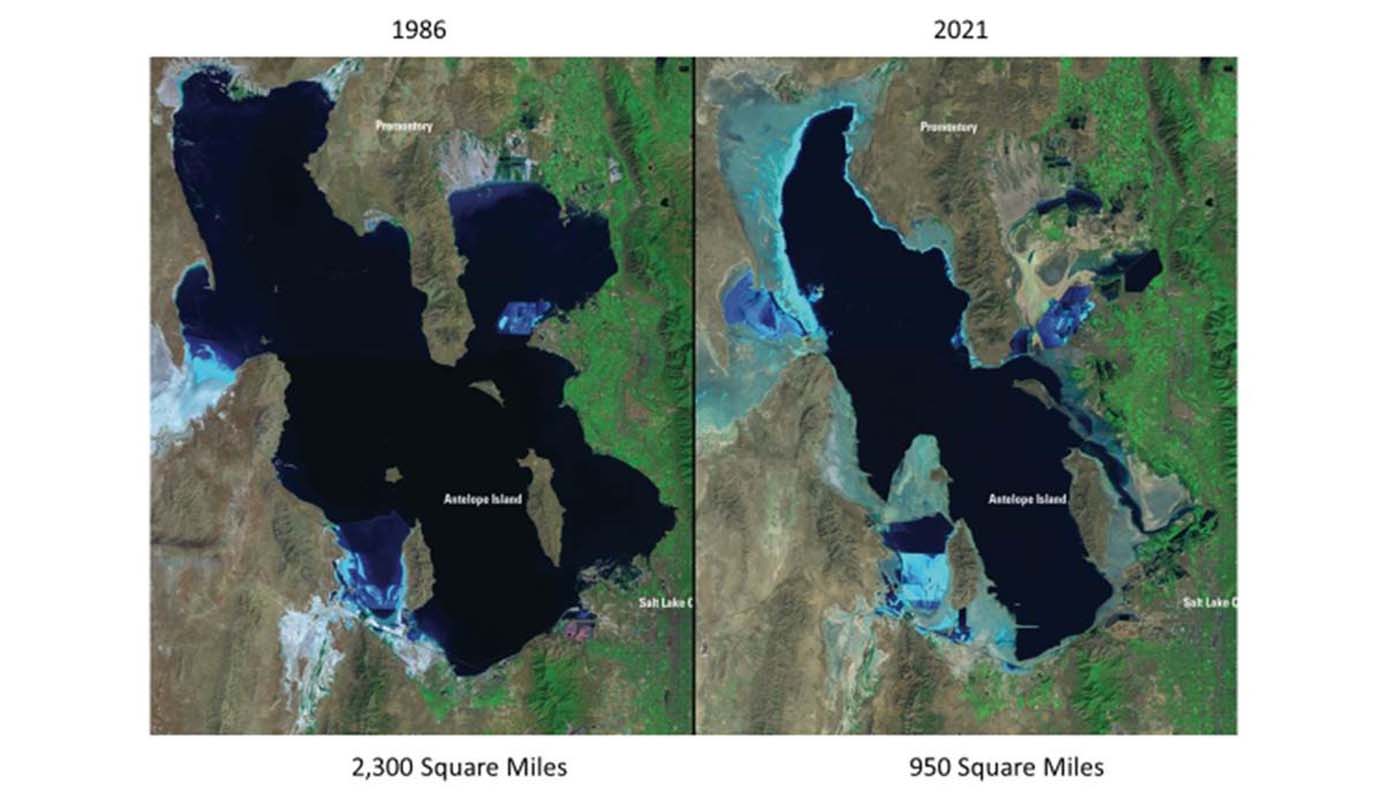 The Great Salt Lake, a crucial migration stop for millions of North American waterfowl, has dropped to its lowest level in history, the U.S. Geological Survey announced on Saturday, surpassing its previous low-water mark set in 1963. The largest saltwater lake in the western hemisphere is now at its lowest point—4,194.4 feet in elevation as measured at Salt Air Boat Harbor, Utah—since data was first recorded in 1847. The lake’s surface area has shrunk from an average of 1,700 square miles to just 950, according to recent satellite imagery.

According to Ducks Unlimited, the Great Salt Lake is one of, if not the, most important waterfowl habitat in the Intermountain West, used for nesting or migration by 35 species and 3 to 4 million birds in total.

Dr. Mark Petrie, director of conservation planning for the Ducks Unlimited western regional office, said in an interview with Field & Stream that the majority of the lake’s wetlands used by migrating waterfowl—and by hunters—will be high and dry this fall.

Four Fifths of GSL Wetlands Will Be Dry This Fall

And things will likely get worse before the fall, when lake levels normally rise with the onset of seasonal rains.

“Based on current trends and historical data, the USGS anticipates water levels may decline an additional foot over the next several months,” said the Survey’s Utah Water Science Center data chief Ryan Rowland.

The low water comes at a bad time for portions of the North American waterfowl population that depend on the northern Utah lake’s extensive wetland ecosystem. About 25 percent of the continental population of northern pintails (around 750,000 ducks) use the Great Salt Lake for important staging areas on their migration from Canada to California’s Central Valley. The lake is also a migration hub for Texas Gulf Coast and central Mexico pintails, which are common on the lake during the summer molt, with numbers peaking in August.

The Great Salt Lake is also the most important cinnamon teal breeding ground in North America, the largest breeding ground for gadwall in the western U.S., and a major migration hub for the species. It’s known as “migration central” for green-winged teal, whose numbers can reach 600,000 at the lake and are by far the most frequently harvested bird by local waterfowl hunters, according to the Utah Division of Wildlife Resources. Redheads, ruddy ducks, common goldeneye, Canada geese, and mallards (with migrating populations of around 375,000) also utilize the lake in significant numbers.

Water levels at the Great Salt Lake have been gradually declining for years, but Geological Survey scientists attribute the historic low to a combination of below-average snowmelt last spring and the severe drought now gripping most of the western U.S. All nine western states are experiencing areas of extreme or exceptional drought, according to the U.S. Drought Monitor.

Other Key Western Wetland Areas in Also In Trouble

“In the U.S. part of the Pacific Flyway, we have three key areas: The Klamath Basin, the Great Salt Lake, and the Central Valley,” Petrie says. “Those three areas account for about 70 percent of all waterfowl use in the flyway, and all three are in areas of exceptional drought, the highest drought category we have in the western U.S.”

The Klamath Basin, which drains parts of northern California and southern Oregon, for example, is in even worse shape than the Great Salt Lake.

“Typically, you have about 40,000 acres of wetlands available to waterfowl on the two key refuges there,” Petrie says. “This fall essentially both of those refuges will be completely dry. In the Central Valley, by opening day in late October most of the wetlands are usually flooded. I’m guessing half or less will be flooded by opening day this year.”

Waterfowl hunters can expect an accelerated migration as ducks spend little or no time in traditional stopovers and instead move into overwintering areas early.

Prospects for hunting may look good, at least early in the season. “If you have water, you may do very well, depending on how long the birds stick around,” Petrie says. But the outlook for duck numbers long term are harder to predict.

“The fact is, ducks evolved with drought, on the wintering grounds and breeding grounds,” he says. “They’ll manage. If the drought reverses itself after a year or two, those populations will bounce back. What we worry about is the bar not being reset, that some of these areas could become chronically dry.”

That’s a particular worry at the Great Salt Lake, where a third factor—the diversion of water from tributaries to growing cities like Salt Lake—exacerbates the ongoing drought.

“The concern here is that those lake levels are strongly dependent on the amount of fresh water reaching the lake from its main tributaries,” Petrie says, “and the amount of water diversions from those key tributaries has increased over time, as Salt Lake City grows. Certainly over time the water levels in the lake have fluctuated greatly, in relation to snowpack and other environmental factors, but the lake now is lower than it otherwise would have been in the absence of those diversions. That’s part of this story for sure.”