In this edition of The Rewind, we interviewed a renowned grizzly bear expert about shocking video footage of an adult grizzly preying on a black bear cub 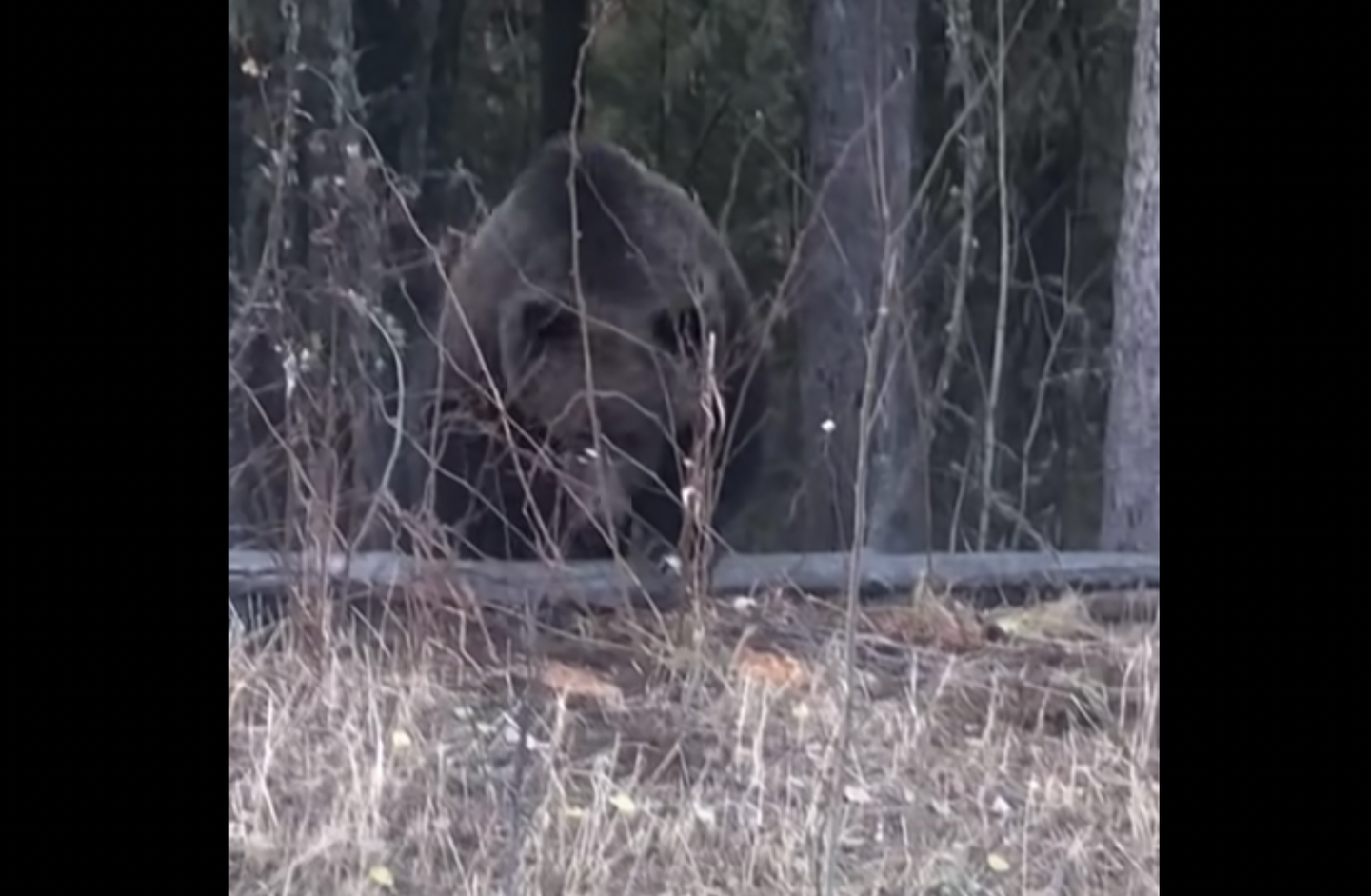 We interviewed a renowned grizzly bear expert about this rare footage of a grizzly preying on black bears.
SHARE

Anyone who’s spent any time outside knows that Mother Nature can be brutal. Leopard seals eat penguins. Red-tailed hawks eat cottontails. Crocodiles devour wildebeests. So forth and so on. It’s the circle of life and death.

But some moments of predation are more shocking than others—like this video of a grizzly bear attacking a family of black bears. The intense incident took place outside of Whitecourt, Alberta, Canada, and was filmed by a father and son hunting team. The duo was traveling by car when they came across a huge grizzly digging at the underground home of a sow black bear and her three cubs. Eventually, it manages to kill one cub. See it for yourself below.

A Bear Expert Breaks Down the Video

“People may feel bad about this situation. They may feel sorry for the black bear cub that got caught,” said Dr. Chris Servheen, a former Grizzly Bear Recovery Coordinator for the U.S. Fish and Wildlife Service (USFWS). “But the grizzly is killing these black bears for a purpose. He’s going to kill them and consume them. Nature has a process, and predation is part of that process.”

“Predators will always catch and consume another species. It’s not for fun. It’s not for profit. It’s not out of anger or revenge. It’s for the purpose of eating the animal it catches,” he added. Servheen went on to say that grizzly bears are known dig black bears out of their dens and eat them. In fact, he says the phenomenon is “common,” though he admits that it is unusual to capture such an event on video.

According to Servheen, it’s all about caloric intake. “Bears are opportunistic omnivores,” he says. “If given the opportunity to dig something out of a den, whether it’s a black bear or a seal, they’ll do that. In dens, the prey is really vulnerable, and it’s possible [for the grizzly] to catch them.” Servheen notes that grizzlies would find it difficult, if not impossible, to catch a black bear in the open because of black bears’ speed and their ability to climb trees.

The same type of dynamic occurs with coyotes and foxes. Coyotes are known to take every opportunity they can to prey on foxes. In fact, the phenomenon is so common that as coyote populations go up, fox numbers typically go down, and vice versa, because of it. Some people believe there’s a natural dislike at play between the two species—a biological feud of sorts.