ln a marked reversal of a Trump-era decision, the Biden Administration is considering rule changes that could allow for the reintroduction of grizzly bears into Washington state 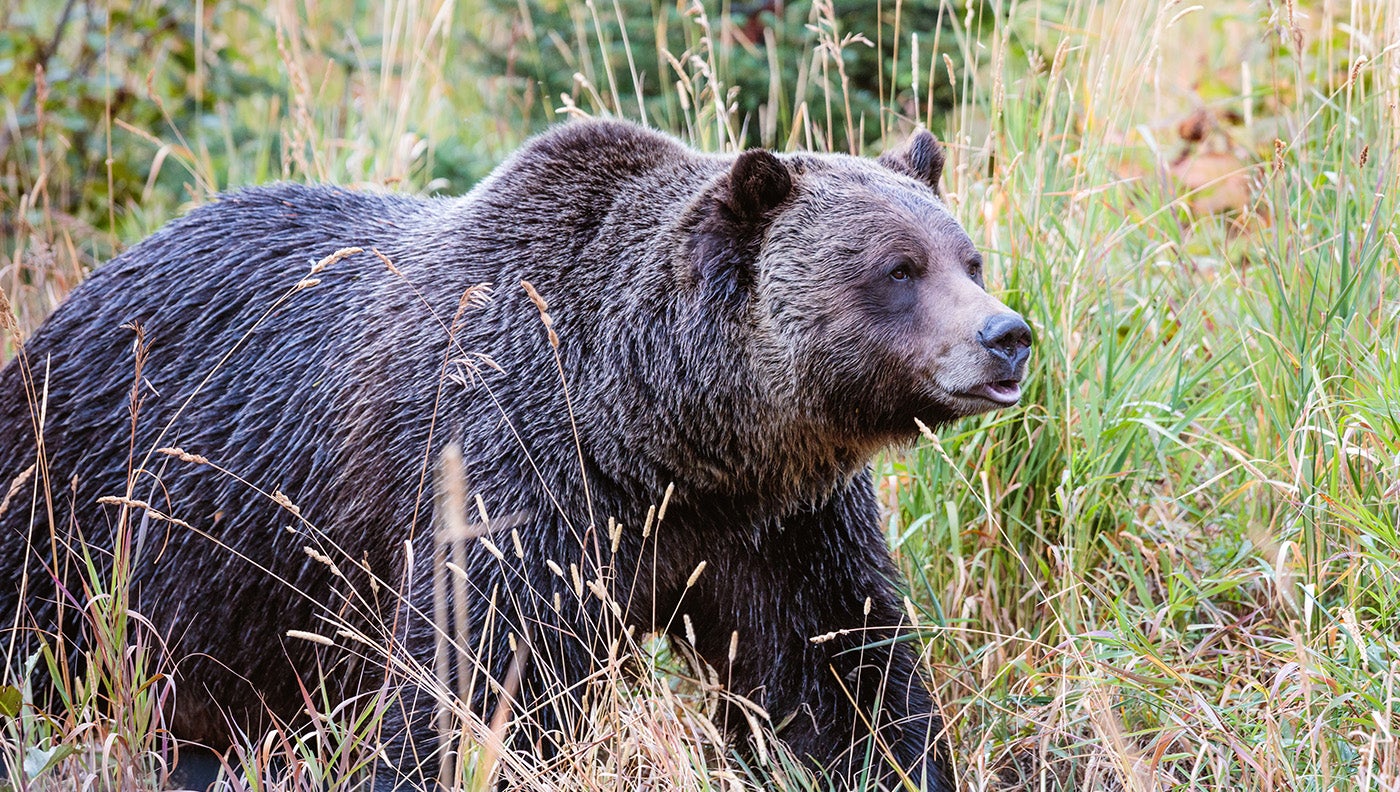 The last confirmed sighting of a grizzly bear in the U.S. portion of the North Cascades Ecosystem was in 1996. Matteo Colombo via Getty.
SHARE

On Thursday, November 10, the National Park Service (NPS) and the United States Fish & Wildlife Service (USFWS) announced a plan that could ultimately restore grizzly bears to the North Cascade Mountains of Washington State—a vast stretch of wild terrain along the state’s northern border with Canada. If approved, the reintroduction efforts could include the capture and translocation of grizzly bears from either northwestern Montana or British Columbia into the North Cascades Ecosystem, the agencies wrote in a joint statement. Grizzlies are native to the area but were extirpated in the 19th century, according to NPS.

“This is a first step toward bringing balance back to the ecosystem and restoring a piece of the Pacific Northwest’s natural and cultural heritage,” said North Cascades National Park Superintendent Don Striker. “With the public’s help we will evaluate a list of options to determine the best path forward.”

In a jointly-filed notice of intent to prepare the North Cascades for grizzly bear reintroduction, NPS and USFWS proposed various approaches for bringing grizzlies back into the region. The primary action alternative says that agency officials would release three to seven captured grizzlies into the North Cascades per year with the goal of establishing an initial population of 25 bears.

After that target population is reached, the agencies say they would allow for additional releases if necessary to account for mortality, negative population trends, genetic limitations, and lack of reproductive success. If borne out, this alternative is expected to result in a population of 200 grizzly bears in the North Cascades in the next 60 to 100 years. The newly-introduced bears would then be protected as an “experimental population” under the United States Endangered Species Act (ESA). Other proposed alternatives included in the “Notice of Intent” could vary the number and frequency of grizzly bear releases or restructure the way that the new bear populations could be protected under the ESA.

The efforts come just two years after the Trump Administration halted a previous attempt to plant grizzlies in northern Washington. Citing the concerns of Washington ranchers, farmers, and other rural community members, then Secretary of the Department of the Interior David Bernhardt said in a statement in 2020 that “the people who live and work in north-central Washington have made their voices clear that they do not want grizzly bears reintroduced into the North Cascades.”

Washington Representative Dan Newhouse, who represents the state’s 4th District in the U.S. Congress tweeted in opposition to the federal government’s re-initiation of the North Cascades grizzly bear reintroduction efforts on November 10. “The introduction of grizzly bears into the North Cascades would directly, and negatively, impact the people & communities I represent,” he said. “It is disappointing our voices are once again being ignored, even after the last process was discontinued due to overwhelming local opposition.”

Environmental groups, such as the Center for Biological Diversity (CBD) and the Defenders of Wildlife, applauded the Biden Administration’s decision to reevaluate grizzly bear reintroduction in the North Cascades.

“I’m extremely encouraged to see federal officials moving forward with a plan to restore grizzly bears in Washington’s North Cascades,” Andrea Zaccardi, the carnivore conservation legal director at the CBD, said in a statement provided to the Missoula Current. “This overturns the Trump administration’s rash termination of these plans … This new action by the Fish and Wildlife Service and National Park Service is a step in the right direction to put grizzly bears back on the path to recovery.”

Other stakeholders include the multiple indigenous tribes and First Nations communities that call the North Cascades home. These include the Upper Sjakit, the Nooksack, the Colville, and the Yakama tribes—on the U.S. side of the border.

Read Next: Watch a Young Grizzly Bear Take Down a Bison After a Protracted Battle

“Our people and the grizzly bear coexisted for 10,000 years here before the first Europeans came into this area,” Scott Schuyler, a policy representative for the Upper Skagit Tribe told the Washington Post. “When you have a healthy ecosystem in place, the bear will be there, should be there, just as all the other creatures. Its role is very significant.”

NPS is encouraging public input as it moves forward with the proposed alternatives. The agency will assess public comment gathered during a series of virtual scoping meetings scheduled for November 18, December 1, and December 7. More information on how to provide feedback is available here.