Suspects allegedly spoke of a plan to release deadly non-native snakes into the wild, where they could easily live and breed in Florida’s subtropical climate 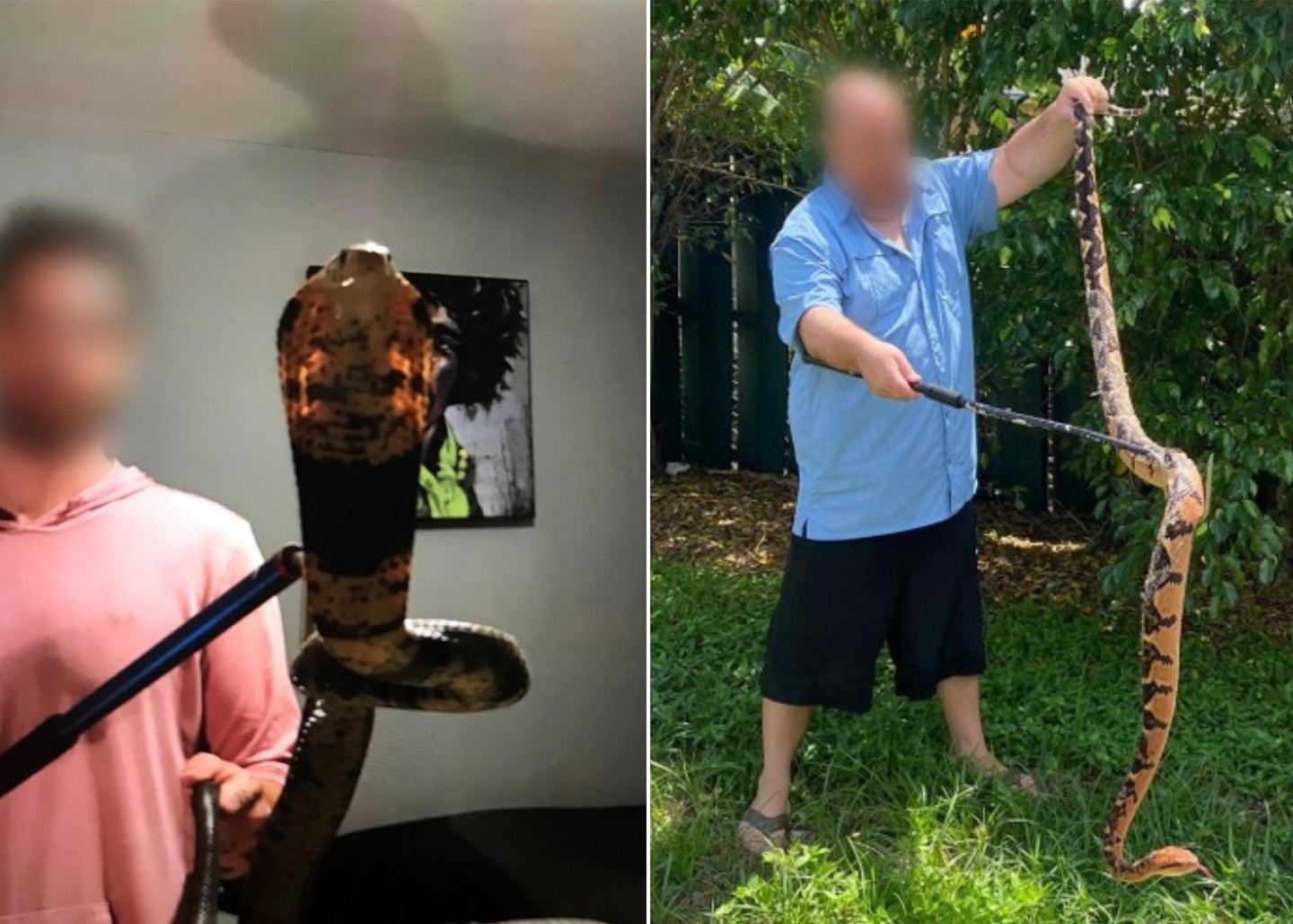 The charged suspects in these file photos provided by the FWC are holding venomous snakes that they marketed for sale online. Florida Fish and Wildlife Conservation Commission
SHARE

The Florida Fish and Wildlife Conservation Commission (FWC) has filed charges against eight individuals, accusing them of partaking in an illegal venomous snake trafficking ring in the Sunshine State. The men, who face dozens of misdemeanors and felonies, were arrested on January 12, 2023, after a three-year investigation known as “Operation Viper.”

In a press release, the FWC said that its undercover agents staged transactions involving nearly 200 snakes, representing 24 species from seven different global regions. Among the species trafficked were bushmasters, Gaboon vipers, cobras, puff adders, and green mambas. “Some of these snakes are among the most dangerous in the world,” said Maj. Randy Bowlin, FWC Investigations and Intelligence Section Leader. “Florida’s rules and laws are in place to protect the public and prevent tragedies from occurring.”

The criminal activities not only threaten the trafficked snakes, the statement stressed, but also Florida’s wildlife and its human population. If released, the species would be capable of surviving and breeding in the state’s subtropical climate. The investigation found that some of the individuals arrested had discussed releasing prohibited reptiles into Florida habitat to establish a wild breeding population that they could harvest for more sales.

According to the release, the illegal activity was typically initiated on specialized websites or closed social media forums. Investigators tapped these black market portals to arrange in-person meetings in which they bought or sold the prohibited wildlife. They also tracked suspects transporting carloads of venomous snakes across state borders, in violation of multiple state laws. Those charged included wholesale dealers who sourced their product from various countries around the world.

Wildlife trafficking—often a nexus for other illegal activity—ranks fourth behind drugs, weapons, and humans in illicit global trade. According to the Wildlife Conservation Society, it generates between $7.8 billion and $10 billion per year.