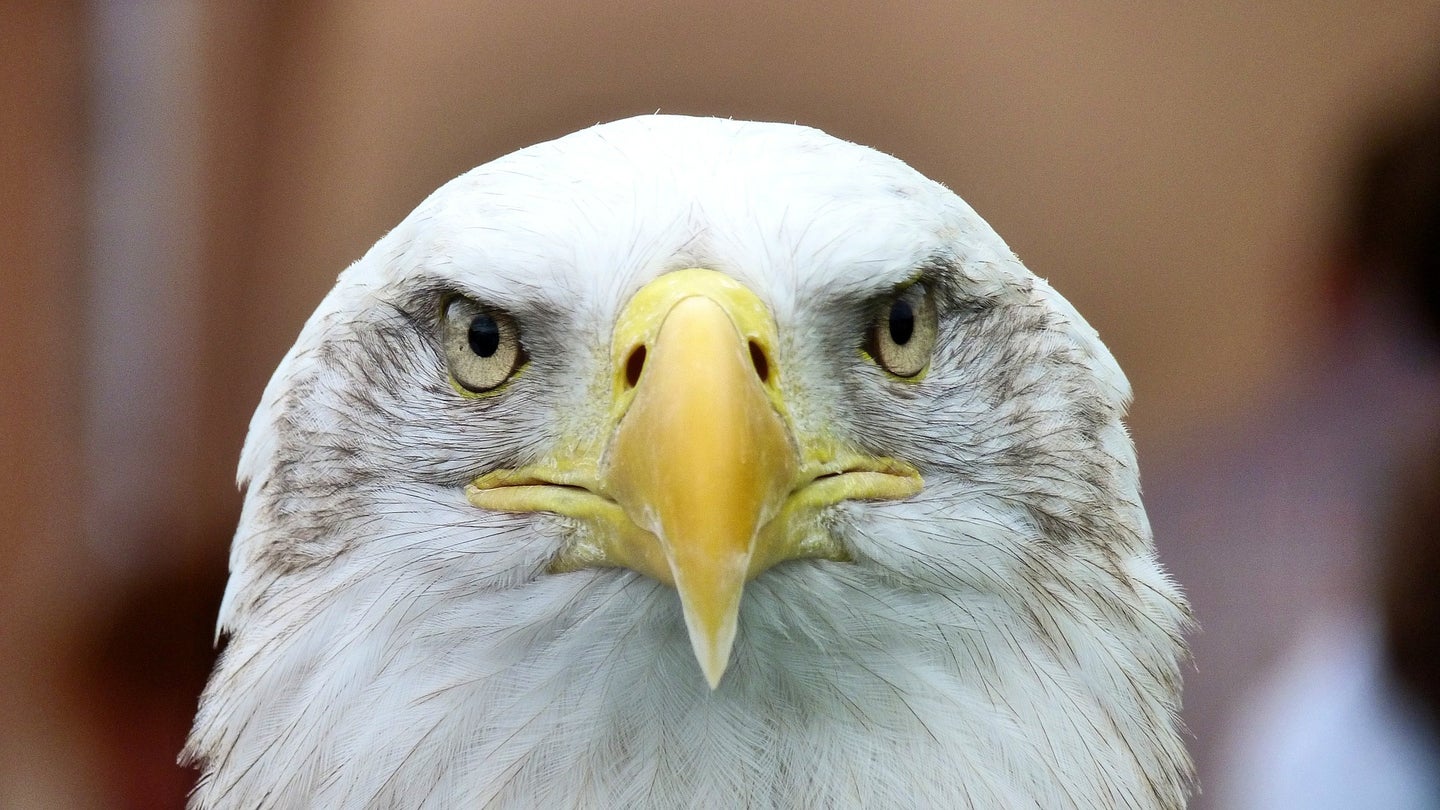 Bald eagles have been fingered for slaughtering 54 lambs on an Idaho farm.
SHARE

Last week, Rocky Matthews, an Idaho farmer, witnessed an attack on his lambs. It wasn’t the first, for dead lambs began appearing on his Magic Valley farm near Murtaugh Lake in April. All in, Matthews has lost 54 lambs carrying a value of $7500. After examining the bodies of the dead livestock, Matthews concluded that they were likely killed by the two adult and two juvenile eagles that nest on his farm.

On one of the worst days over the past few months, Matthews lost seven lambs. “I think [the eagle] was just honing his skills because you don’t kill seven [lambs] out of need,” he says. Eagles typically feed on fish, and when they can’t find fish, they target small mammals. They use their talons to grab their prey which severs arteries, leaving the animals to bleed out.

Upon examining the bodies of his dead lambs, Matthews found holes that were about the width of a #2 pencil. At first, he thought the animals had been shot with a pellet gun, but when he removed the lamb’s skin, he found something different. “The damage under the hide is a hundredfold from what you see on the exterior,” he says.

Eagles don’t typically focus on larger animals. And this group of birds has been nesting on Matthews’ farm for over two decades without attacking any of his lambs. But the strange killings may be related to a lack of carp that are usually abundant this time of year in Murtaugh Lake. The lake took longer to warm up this past spring, and fewer fish were available for the eagles to feed on.

Because bald eagles are protected, Matthews doesn’t have many options to defend his livestock. The Bald and Golden Eagle Protection Act prohibits anyone from killing the birds, and it carries a maximum fine of $100,000 and a year in jail for the first offense. For the time being, he has moved his flock closer to his barn, and placed the lambs in a separate pasture. Since the move, the eagles have struck again—killing a larger lamb. But with any luck, the carp will appear soon, and the eagles will go back to catching fish. Until then, Matthews is hoping to be compensated for his losses through the USDA Farm Service Agency Livestock Indemnity Program.