Five Men Face $70,000 in Fines for Illegal Outfitting and Baiting in Kentucky 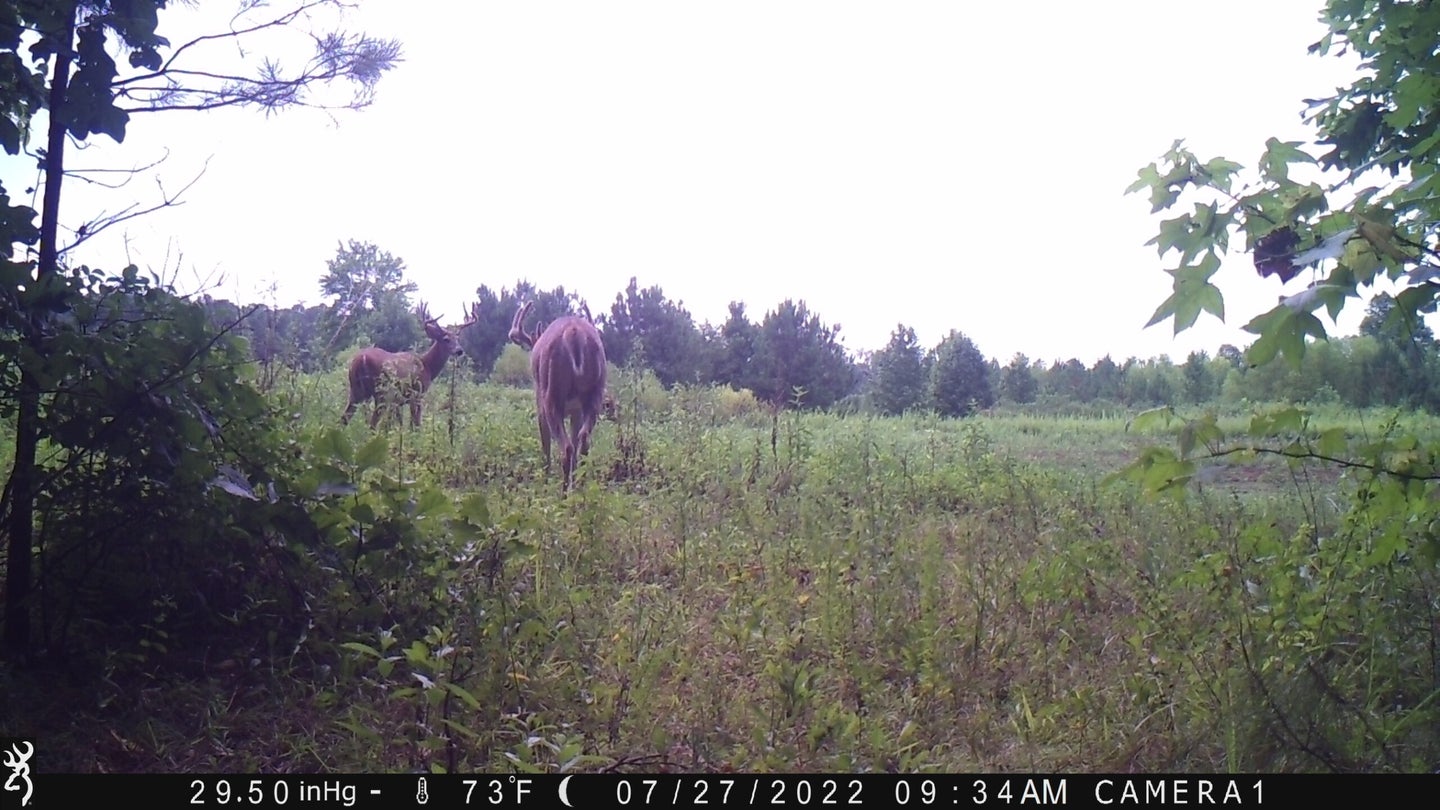 The violations occurred in Calloway County in the southwestern part of the state. Will Brantley
SHARE

On December 13, four men from Kentucky and one man from New Jersey were issued a combined $70,000 in fines stemming from an illegal guiding operation in Calloway County, Kentucky. All five of the men pled guilty to charges that include unlicensed guiding and the illegal use of bait in a designated chronic wasting disease (CWD) surveillance zone.

According to a Kentucky Department of Fish and Wildlife Resources (KDFWR) press release, the primary offender in the case is Carl Doron, 64, of Murray, Kentucky, who owns and operates Snipe Creek Outfitters. Casey Nabor, the assistant attorney for Calloway County, said that the charges against Snipe Creek make up the biggest wildlife violation case in the county in recent memory. “It was a big deal here—one defendant had around 100 charges,” he said. “We hope this will serve as a deterrent to others.”

Ninety-seven of the charges were doled out to Doron while the remaining 38 went to four of his Snipe Creek employees: Tyler Mitchell, Jefferey Ort, Jerry Smith, and John Sullivan. Doron received the bulk of the fines—a total of $50,500—and was sentenced to 360 days in jail, which he won’t have to serve if he meets additional discharge requirements over the next two years.

In addition to guiding without a license, Doron pled guilty to two counts of illegal baiting. Calloway County is one of a handful of western Kentucky counties where hunting deer and other wildlife over bait is strictly prohibited. The practice, which remains popular in other parts of the state, was outlawed in 2021 via emergency order in Calloway, Fulton, Hickman, and Graves Counties after CWD was discovered in neighboring Tennessee. According to the press release, “Although CWD has not been detected in Kentucky, the proximity of the disease’s occurrence in northwestern Tennessee requires special regulations in these counties per Kentucky’s CWD response plan.”

F&S Hunting Editor, Will Brantley, lives in western Kentucky and owns and operates an outfitting service of his own in Calloway County. “This is disappointing. I’ve known Carl [Doron] for a long time, have used him as a source in stories, and have taken editors hunting on his leased properties. I’ll still say that once upon a time, Snipe Creek was a good operation,” Brantley said. “But many of the local hunters in Calloway County have suspected shady dealings for years now, and it appears they were right. The real slap in the face is that these guys pled guilty to all those counts of illegally guiding and baiting, and yet, from what I understand, they just paid the fines and continued to book clients and shoot deer all season. And they are apparently trying to book hunters for 2023. If that’s true, I think that means the penalties aren’t severe enough.”

Calloway County conservation officer B.J. Morris is the lead investigator on the case. He told Field & Stream that Doron has been operating as a commercial guide without the appropriate licensing for at least two years. “Putting all the pieces together and making a rock solid case took about a year,” Morris said. “We wanted to have all our facts straight so that when I went to do my interviews with the other officers [Doron would] know that we had what we needed and would be more forthcoming and honest with us.”

When asked if he believes that Doron has continued to guide clients for whitetail deer in western Kentucky, even after the recent charges were filed against him, Morris said that he can’t deny the allegations. “I’ve had some calls about it, and there’s been some stuff posted on Facebook,” Morris said. “During the investigation, he realized that we were watching him, and that we were making a case on him, so he began trying to get all his stuff together to get his guide’s license.”

Read Next: Eight Men Arrested in Illinois for Illegally Hunting Deer Over Bait

According to Morris, if Doron is still operating as a guide, he’s doing so under the false assumption that his pending application constitutes a valid guide’s license. “There’s a little bit of a gray area, he feels like he’s probably OK to operate because he’s sent all his money in and he thinks he should be approved,” he said. “I can’t speak for the correspondence that he’s had with the Frankfort head office. I just know that his paperwork was processed, and we are currently working on getting that fixed and letting him know that it will not be approved. If he continues to operate as a guide from that point forth, and I catch him again, he’ll face 360 days in the county jail.”