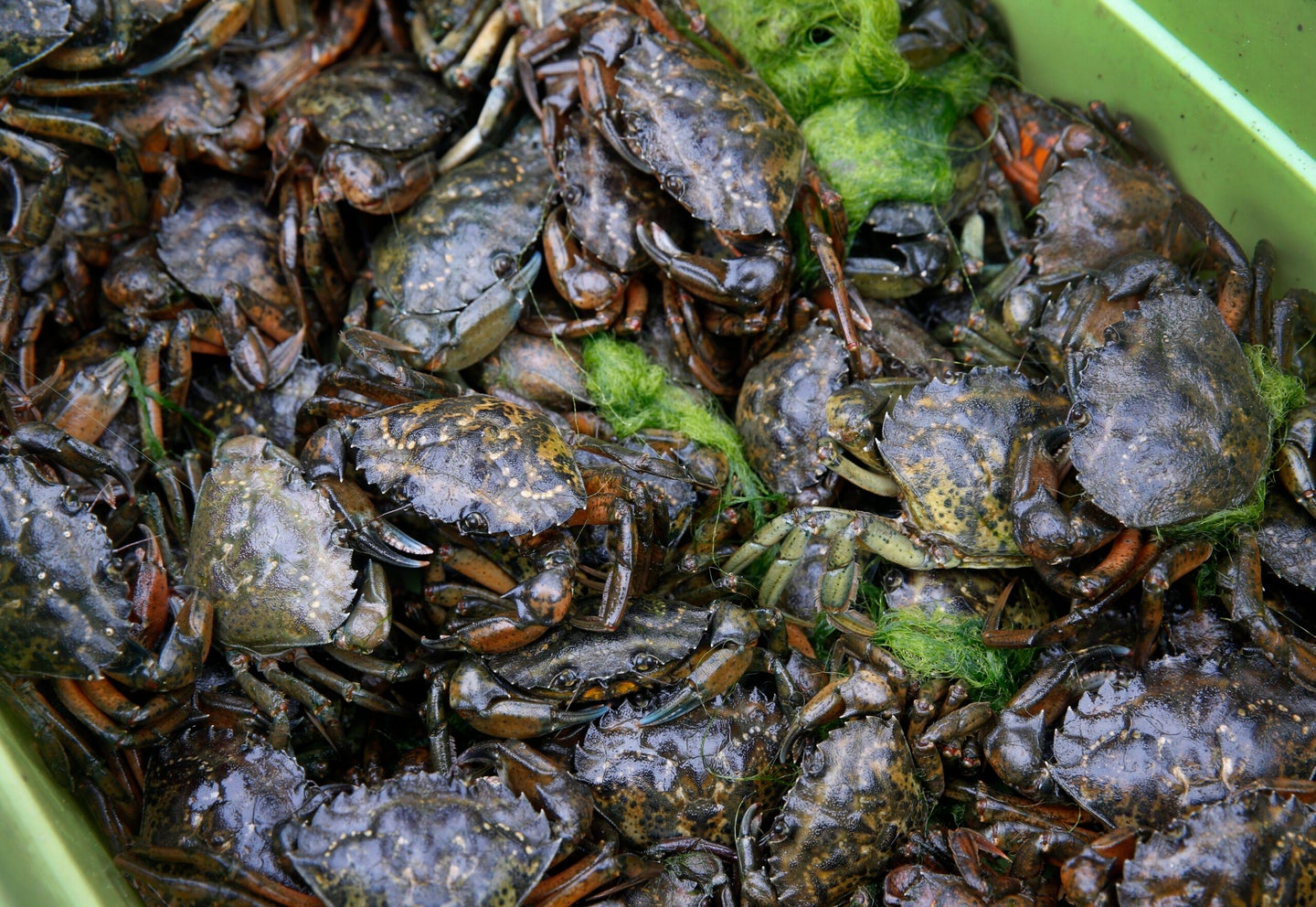 You’ve probably never tried whiskey like this before. Tamworth Distilling, which is based in New Hampshire, is now selling a whiskey that’s made with invasive green crabs called Crab Trapper. You can buy a bottle of Crab Trapper for a cool $65—and feel good about making use of one of North America’s most destructive invasive species while you’re at it.

“People are going to hear crab whiskey, and I’d venture to say three-quarters of them are going to go, ‘No, absolutely not,'” Tamworth Distilling product developer Will Robinson told NPR.  “But if you can get them to taste it, they totally change their tune for the most part.”

The distillery adds crab stock made with green crabs, corn, and spices to a bourbon base. “[It’s] best likened to a Low Country Boil,” explains the distillery. “The crab is present lightly on the nose, accompanied by coriander and bay to smooth out any high notes.”

According to the NOAA, European green crabs are considered one of the most invasive species in the marine environment.” They were introduced to North America in the 1800s, likely from hitching rides on merchant ships. They are now present along both the Atlantic and Pacific coasts—and threaten marine ecosystems and commercial crabbing operations in both places. The species has few natural predators and is considered an aggressive hunter. Green crabs destroy seagrass and have been known to eat juvenile king crabs and salmon.

Though the Crab Trapper whiskey blend is unlikely to put a dent in the green crab population in the Northeast, it’s a creative solution that may raise awareness and mitigate the effects of the invasive species. Eating invasive species is considered one of the best ways to create demand for their removal and a good number of invasives are quite tasty. Crab Trapper isn’t the only creative whiskey product that Tamworth Distilling makes. The company also sells a venison-flavored whiskey called “Deerslayer.”