Thanks to people like Tom Lewoc, the Junior Duck Stamp Contest is still thriving—and getting youngsters involved in conservation 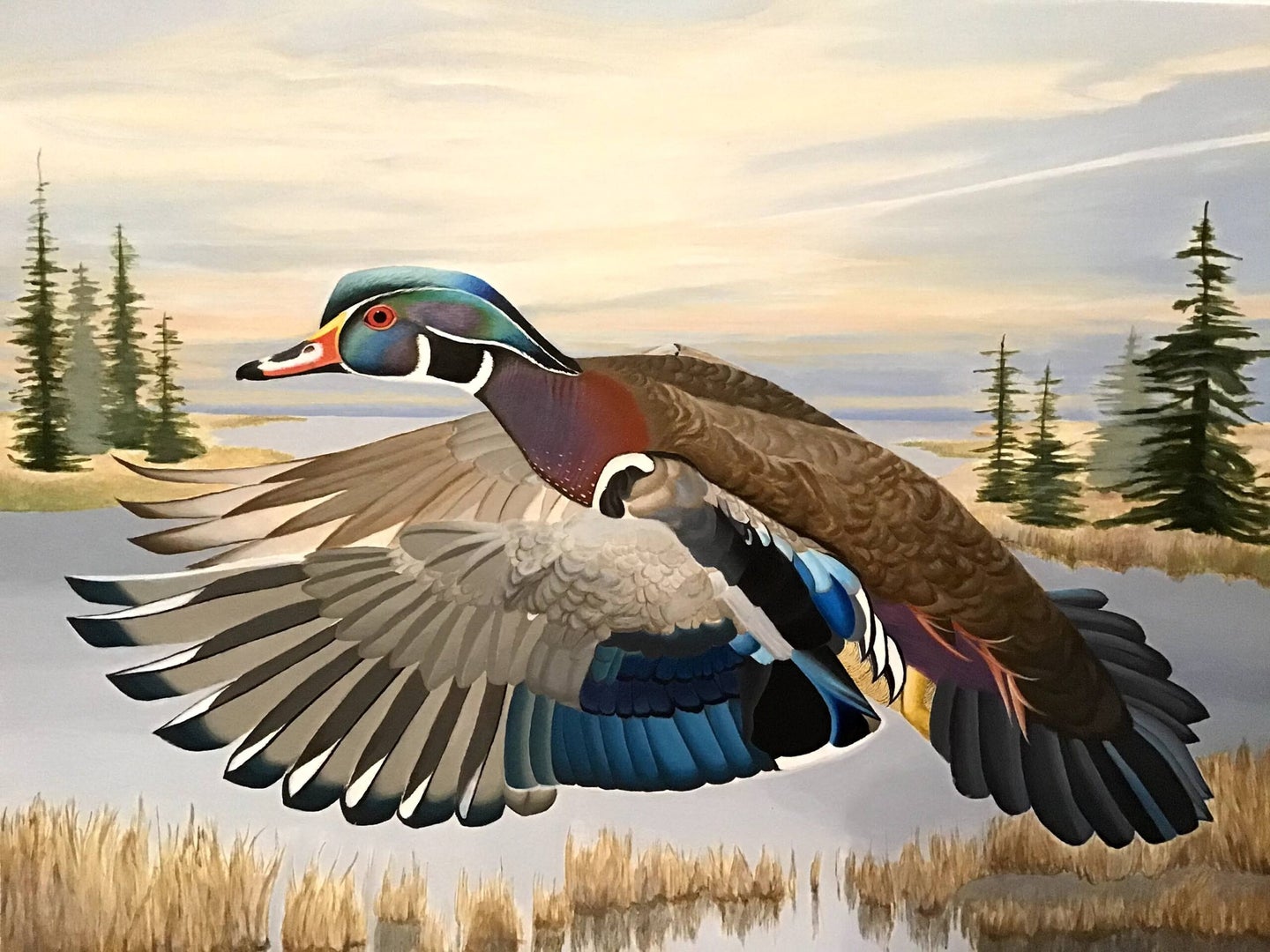 Some kids collect baseball cards or coins. Others gather rocks or seashells. But for Tom Lewoc, current President of the Connecticut Waterfowl Association, it has always been duck stamps. As a youth, Lewoc spent countless hours in the woods and wetlands around his home in Southington. His father, a game warden, would give him his expired duck stamps at the end of every hunting season—and so the obsession began. Today, Lewoc volunteers to judge and promote his state’s Junior Duck Stamp Contest.

Lewoc’s personal collection features hundreds of stamps and prints from the U.S. Fish and Wildlife Service’s Federal Duck Stamp Contest, the annual event that started in 1934. Prints of the stamps deck the walls of Lewoc’s office, his childrens’ rooms, and other nooks in his home. “My wife is very patient,” he jokes, but adds that during its heyday, the duck stamp contest attracted some of the best artists from around the country and produced many thousands of entries each year.

The Next Generation of Duck Stamp Artists

For Lewoc, a former biology teacher and currently a technology content coach at the Cheshire School District, a key point in the evolution of the federal duck stamp program was when it launched the Junior Duck Stamp Contest in 1993. The first year, only eight states participated in the junior competition. But by 2000, the contest included all 50 states, plus Washington D.C. and U.S. territories. At the national level, the first-place artwork is featured on that year’s Junior Duck Stamp and is sold by the U.S. Fish and Wildlife Service and U.S. Postal Service.

Connecticut, is one of the few states that features their first-place artwork from the junior contest on the state’s hunting stamp for that year. Lewoc says the Junior Duck Stamp Contest is all about getting kids to think about the outdoors. “We have a lot of kids who don’t know anything about the outdoors beyond their backyards,” he says. “They all know who Tom Brady is, but they have little awareness of the importance of conservation.”

The 2022 Connecticut Junior Duck Stamp Art Competition welcomes entries through March 15, 2022. Proceeds support conservation education and provide awards and scholarships for the students, teachers, and schools that participate in the program.

Lewoc said he can’t wait to go through this year’s incoming entries. “We need to build this into our society,” he says. “We need to rekindle a love for wildlife and the outdoors for the next generation.”