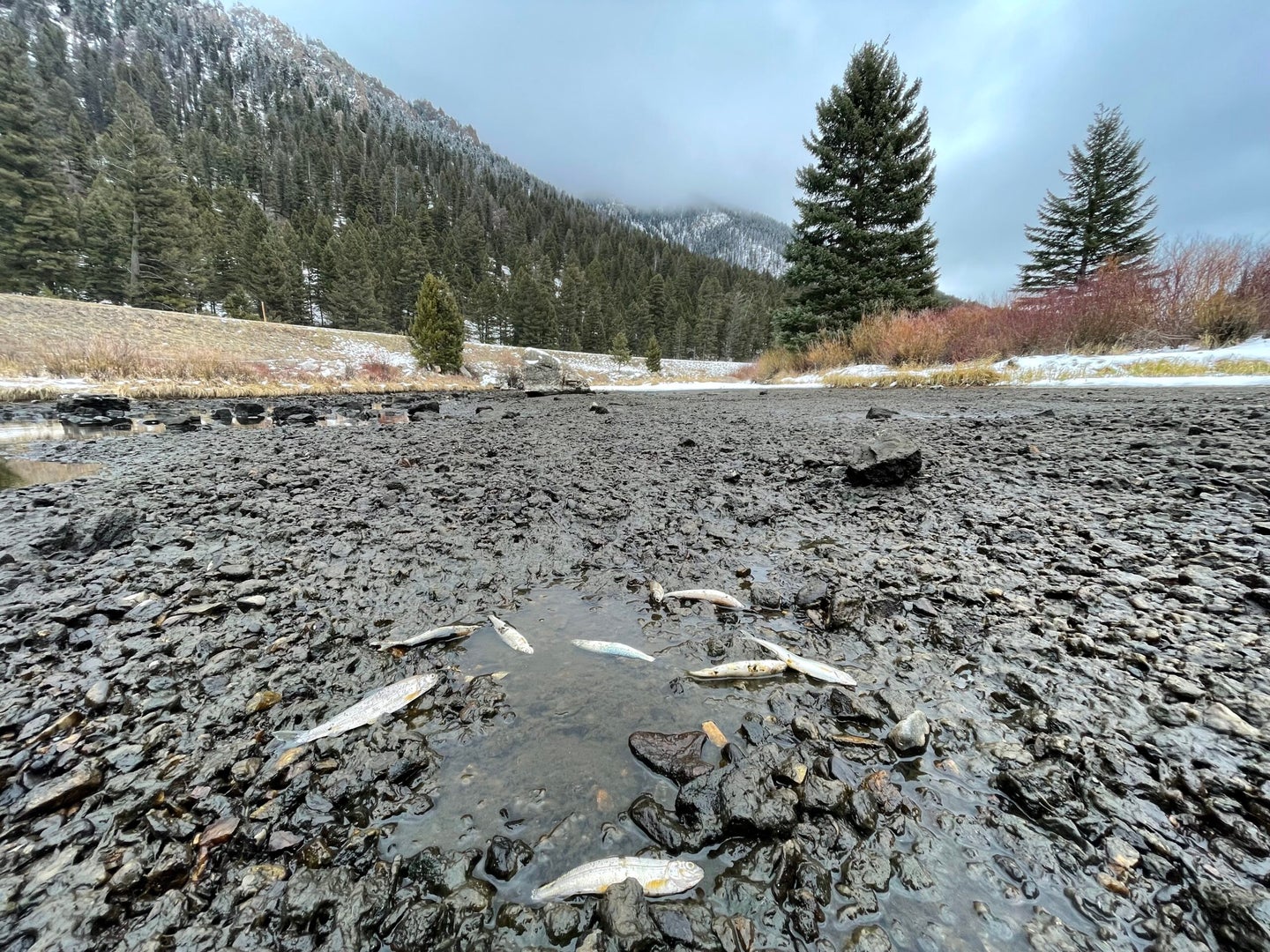 The world-renowned Madison River, a blue-ribbon trout stream just outside of Yellowstone National Park, is at a trickle due to an equipment malfunction at the Hebgen Dam. According to United States Geological Survey gauges, flows abruptly dropped from around 650 cfs to under 250 cfs early Tuesday morning November 30 when a gate component on the dam failed. The incident’s full impact on the river’s fish, especially the browns that were on their shallow spawning beds, remains to be seen.

Montana Fish Wildlife and Parks (FWP) responded to the incident by closing fishing on a stretch of about 50 miles of the upper Madison from Ennis Lake upstream to Hebgen Dam, according to a press release. FWP officials report that many fish were stranded on riffles, while others are concentrated in deep pools. Brown trout spawn in the fall, and many of their eggs are now without water, putting a whole class of fish at a potential total loss. FWP staff and volunteers, including many employees from local fly shops, have been working to relocate fish stranded without enough water.

“We’re scrambling up there scooping fish all day for hours,” says Kelly Galloup, owner of the Galloup’s Slide Inn fly shop. “The adult fish understand that when water is receding you follow it. Juveniles don’t get it. They just get trapped so we are basically in recovery mode today trying to catch small fish. We’re telling people to bring minnow nets.”

Northwestern Energy owns the dam and is tasked to manage flows in a way that protects the river’s fish, including bumping flows in the summer to keep trout from overheating. The company says it has taken emergency steps to respond to the incident. “Our personnel from across the company are working to restore flow to the Madison River downstream from Hebgen Dam, which dropped dramatically due to an unplanned event earlier today,” writes the energy company in a Facebook post. “Steps in place now are slowly increasing outflows at Hebgen Dam into the Madison River. However, river flows may not be fully restored for several days. The public’s safety and the health of the fishery are our priorities.”

The Madison is known for having several thousand fish per mile and epic bug hatches in the summer, especially its salmon fly hatch in late June. The Hebgen Dam has been used for water storage for over a century and was recently updated with a 9-year-long rebuild completed in 2017. “I’m heartbroken,” Galloup says of the current situation. “This is my life. It’s the life of this whole community. We take it seriously and protect the river with our heart and soul.”