How to Make $70K a Year Catching Unwanted Fishing Species

An unnamed angler in Oregon did just that by collecting bounties on northern pikeminnows. Is it time to quit your day job? 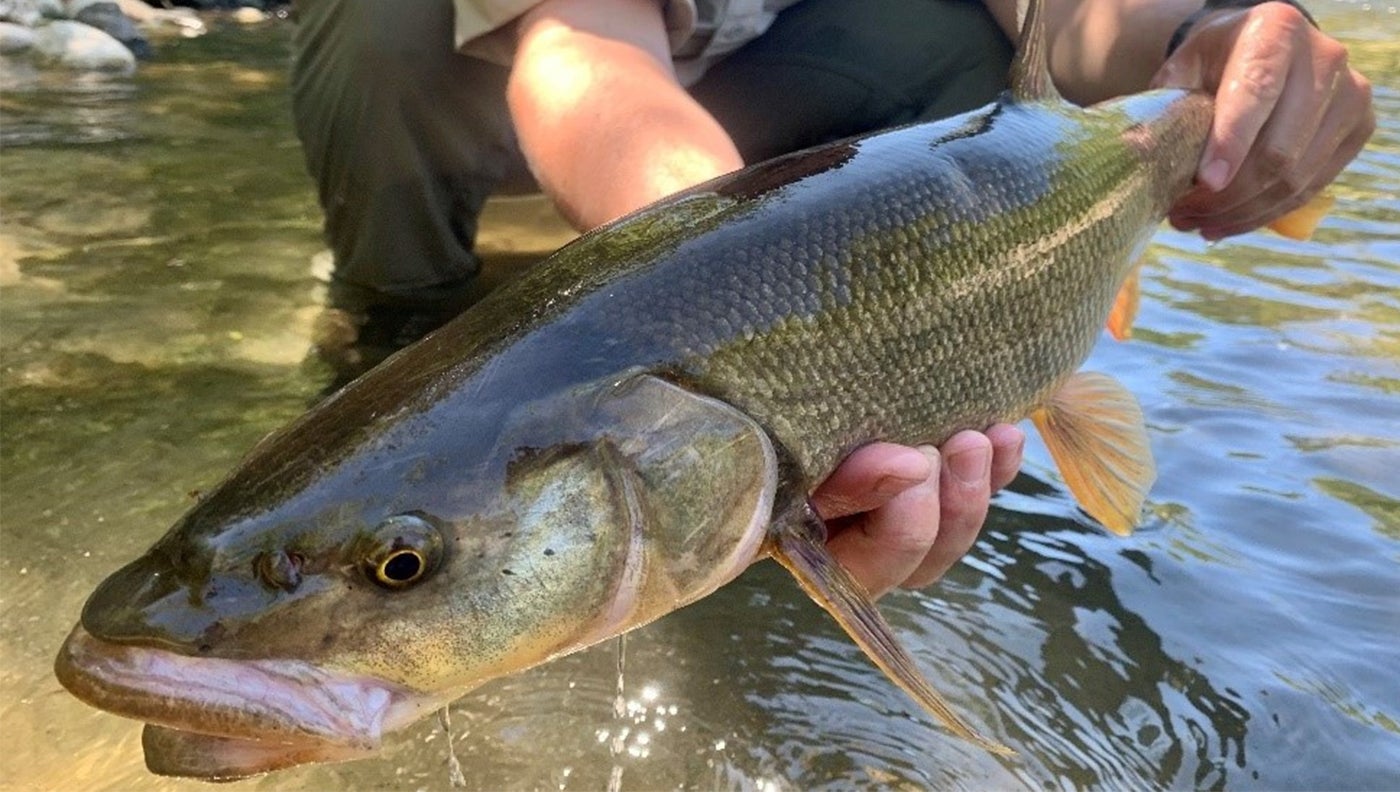 So, you think you’re a pretty good fisherman? You marvel, maybe, at your ability to load a stringer full of stocked trout while all the other spinner-chuckers around you are blanking? Are you the angler who routinely manages to pull a big bass out of that over-pressured park pond while every other shiner-dunker is scratching? Then maybe you’re ready to level up. Have you ever thought about quitting your day job and just getting paid to rope fish all day? No, I’m not talking about tournament fishing, I’m talking about becoming a bounty hunter—or fisher. If that sounds like a fantasy gig that couldn’t possibly exist, just ask the guy that earned nearly $70,000 dollars last year recreationally fishing. Suddenly the idea of becoming a full-time fish predator doesn’t sound so crazy, does it?

According to a story on KPIC.com out of Oregon, that lucky angler (who has opted to remain nameless in the news) raked in $69,230 between May 1, 2022, and September 3, 2022 by catching northern pikeminnows in the Columbia and Snake Rivers. It’s all part of a conservation project started in 1991 to rid these waters of a predatory fish that has a negative impact on salmon and steelhead, two species that drive much of the recreational angling economy in the region. The Northern Pikeminnow Sport Reward Program is managed by the Pacific States Marine Fisheries Commission (PSMFC), the Washington Department of Fish and Wildlife, and the Oregon Department of Fish and Wildlife. The prize funding, however, is supplied by the Bonneville Power Administration, and they’re not chintzy with their market prices.

Pikeminnows measuring 9 inches or longer can net an angler $6 to $10 each—and the more fish you turn in, the more your fish are worth. To keep things interesting, Washington and Oregon also tag hundreds of pikeminnows, and a tagged fish’s value ranges from $200 to $500.

In 2022, 1,200 people registered for the program, and collectively, they removed more than 140,000 northern pikeminnows from the system. As for the angler that made more than the average yearly cubicle-farm salary, he or she personally caught nearly 7,000 fish in five short months. To do that, I’d say this angler may have made pikeminnow hunting a full-time job.

Related: 8 Invasive Species in the U.S. that You Can Eat

As for a secret to success in the pikeminnow profession, my research shows it’s all about location. These fish are typically found in groups, and those groups like to roam and frequently change spots. Staying on the motherlodes is what takes skill and dedication, but the catching part couldn’t be simpler. Northern pikeminnows will smack a spoon, spinner, streamer, or jerkbait. They’ll also happily gobble everything from a nightcrawler to a chicken liver chunk to a piece of cheese. The PSMFC has even created a video series to promote the program and teach you how to catch them, so you earn maximum dollars and rid the area of maximum pikeminnows.

But maybe soaking chicken livers and casting spoons is too easy for you. Maybe you’re more of a buttery brown trout ringer. You can make money chasing those, too. If Lees Ferry, Arizona, isn’t the first destination that pops into your head when you think of trout fishing hot spots, that’s because the “trouty” section of the Colorado River here is relatively short and exists primarily near the Glen Canyon Dam. The cold-water inflow from Lake Powell above the dam creates a section of tailwater that was stocked with rainbow trout years ago, establishing a blue-ribbon fishery. But over the years, brown trout from the lake above trickled in. Browns grow larger and are more predatory than rainbows, and biologists feared that if the population swelled, these fish—which can tolerate warmer water—would migrate down river and threaten native species like the humpback chub. The solution was to put a bounty on their heads.

In this incentivized harvest program, brown trout measuring 6 inches or more caught between Glen Canyon Dam and the confluence of the Paria River are worth $25 to $33 a piece. Anglers are also eligible for an extra $50 for every three trout harvested each month. Sink the net around a brown implanted with a PIT tag, and it’ll net you $300. By my math, all you have to do is catch 40 browns a month and two extras with a PIT tag, and you’re clearing $30,000 a year, which beats working the late shift at Wendy’s.

The truth is, these are just a few examples of bounty fishing opportunities that exist or have existed throughout the country. On Washington’s Lake Roosevelt and other area waters, you can earn $10 a pop for northern pike. There was, for a time, a bounty similar to Arizona’s placed on Idaho rainbow trout in the South Fork of the Snake River. So far, though, it seems that if you want to make the big bucks, you’ve got to go after the pikeminnows. If I lived close to the Columbia, I’d give it a go, at least for some walking-around money or to fund my lure addiction, but until New Jersey puts a bounty on snakeheads or bluegills, I’m not giving my two week’s notice.