Commercial fishermen have removed an astounding number of Asian carp from the lakes since 2018. One local official says that tourism is bouncing back as a result 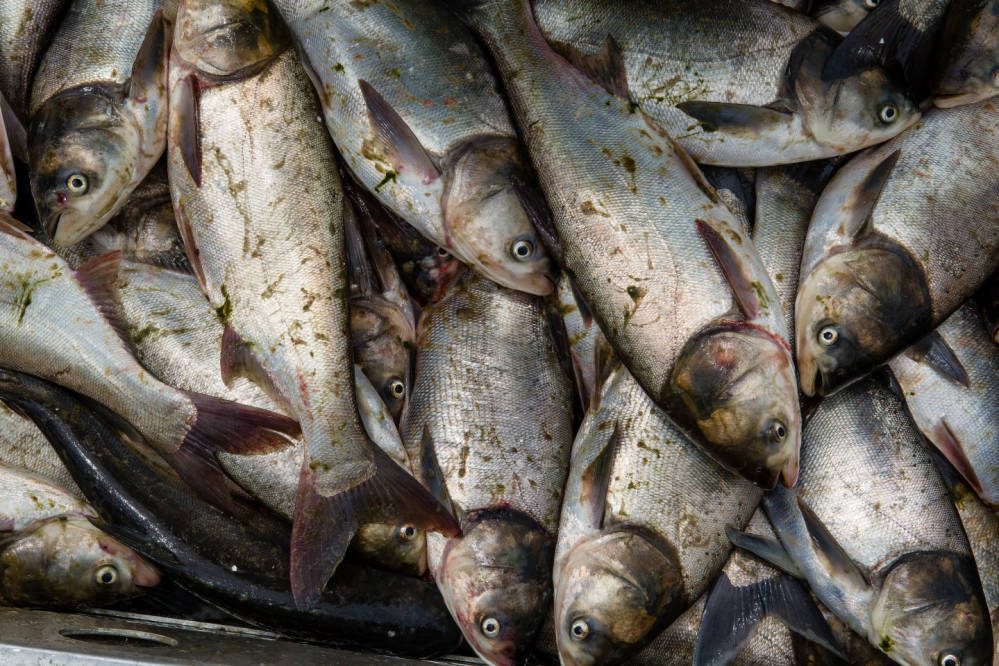 Silver carp are known to hurtle out of the water and crash into boaters. Ryan Hagerty / USFWS
SHARE

A whopping number of Asian carp have been removed from Lake Barkley and Kentucky Lake, both of which straddle the state line between Kentucky and Tennessee. Commercial fishermen in the state of Kentucky have caught approximately 12 to 15 million carp since 2018, Lyon County Judge-Executive Wade White told The News-Enterprise. White says the statistic was provided to him by the Kentucky Fish and Wildlife. The massive removal effort highlights both the scope of the invasive species problem—and the success of commercial eradication efforts to address it.

The War On Carp Continues

Asian carp were introduced to the Southeast in the 1980s and 90s at fish farms, according to the Tennessee Wildlife Resources Agency (TWRA). The invasive fish quickly spread into natural waterways, where they often inflict severe ecological harm to native fish populations. “Asian carp” is an umbrella term for bighead, silver, black, and grass carp.

In August, Outdoor Life reported that 10 million pounds of Asian carp had been removed from Kentucky and Barkley Lakes through TWRA’s Asian Carp Harvest Incentive Program, which has provided incentives to wholesale fish dealers and commercial fishers in the state of Tennessee to harvest invasive carp, since 2018.

Kentucky Fish and Wildlife has its own Invasive Carp Harvest Program, which grants commercial fisherman access to target fish in previously restricted areas—such as Barkley and Kentucky Lakes. White did not provide a weight estimate for the carp removed, though it would almost certainly represent huge increase compared to the 10 million pounds earlier reported. Kentucky Fish and Wildlife reported that commercial fishermen removed 7.6 million pounds of invasive Asian carp from Kentucky waters in 2020 alone. It will be interesting to see how many pounds of carp they harvest in 2021.

Kentucky is in the midst of researching and implementing new carp-removal strategies, such as the “Modified-Unified Method,” which involves corraling carp into bays by using block nets and seines. While these efforts are promising, commercial fishing remains the most effective form of carp removal by far, which is why White wants to continue focusing resources on this form of removal. At this point, it’s not possible to completely eradicate Asian carp from many waterways, but removal efforts help preserve ecological biodiversity and protect boater safety, as silver carp are known for jumping out of the water unexpectedly and smashing into boaters.

Beyond that, carp are a nuisance species, and White says that his county saw a noticeable decrease in tourists visiting the community because of the carp launching themselves into boats—but that it looks like the tide has turned. “People are coming back to the lakes,” he told The News-Enterprise.