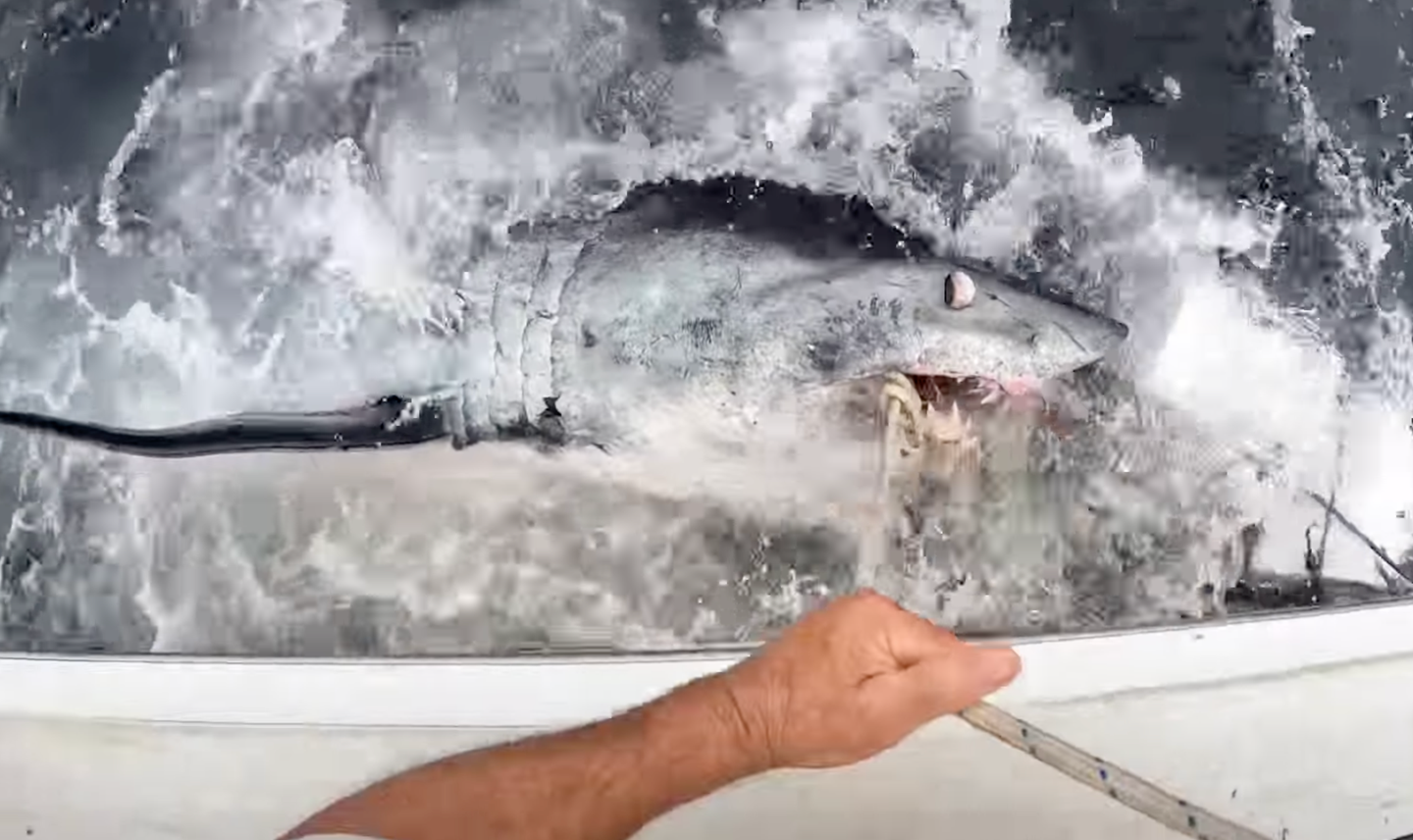 Keith Poe went hand-to-hand with a giant mako shark earlier this week. Poe tags great white and mako sharks for the Marine Conservation Science Institute, as well as other conservation organizations and wildlife management agencies. Poe typically soaks some hookless baits in the water to attract sharks to his boat. Once the sharks hit his hookless baits, he uses a hook and a handline to capture and tag the sharks, before releasing them back into the Pacific Ocean.

Earlier this week, a big mako shark proved just how aggressive sharks could be. The 12-footer hit one of Poe’s hookless baits—a bonito head tied to a rope—and wouldn’t let go. Poe recorded the ensuing battle, which looks like a high-stakes game of tug-of-war, on camera. Poe pulls on the rope and manages to keep the shark next to the boat for over a minute, despite the absence of any hook. After that, the shark finally spits the bait.

Southern California Proven Home Of The Biggest Makos On The Planet

Poe told USA Today that he played tug-of-war with the shark and shared the video of the interaction to highlight the species’ “beauty, power, and strength…I’m their ambassador.”

Shortfin mako sharks are found around the world in warm and temperate seas. According to the California Department of Fish & Wildlife, they can live for up to 30 years and reach lengths of over 13 feet, and weights in excess of 1,000 pounds. They’re prized for their meat. California allows recreational anglers to harvest mako sharks year-round with a daily bag limit of two sharks.

Read Next: Black Bear Takes Down a Whitetail Deer Next to a Tennessee Lake

“Southern California [is the] proven home of the biggest makos on the planet,” Poe wrote in a Facebook post. “This beautiful female mako had what appeared to be mating bite marks on her pectoral fins.”