The Maine resident spends around $9,000 a year on deer feed and films the animals that come to his feeders 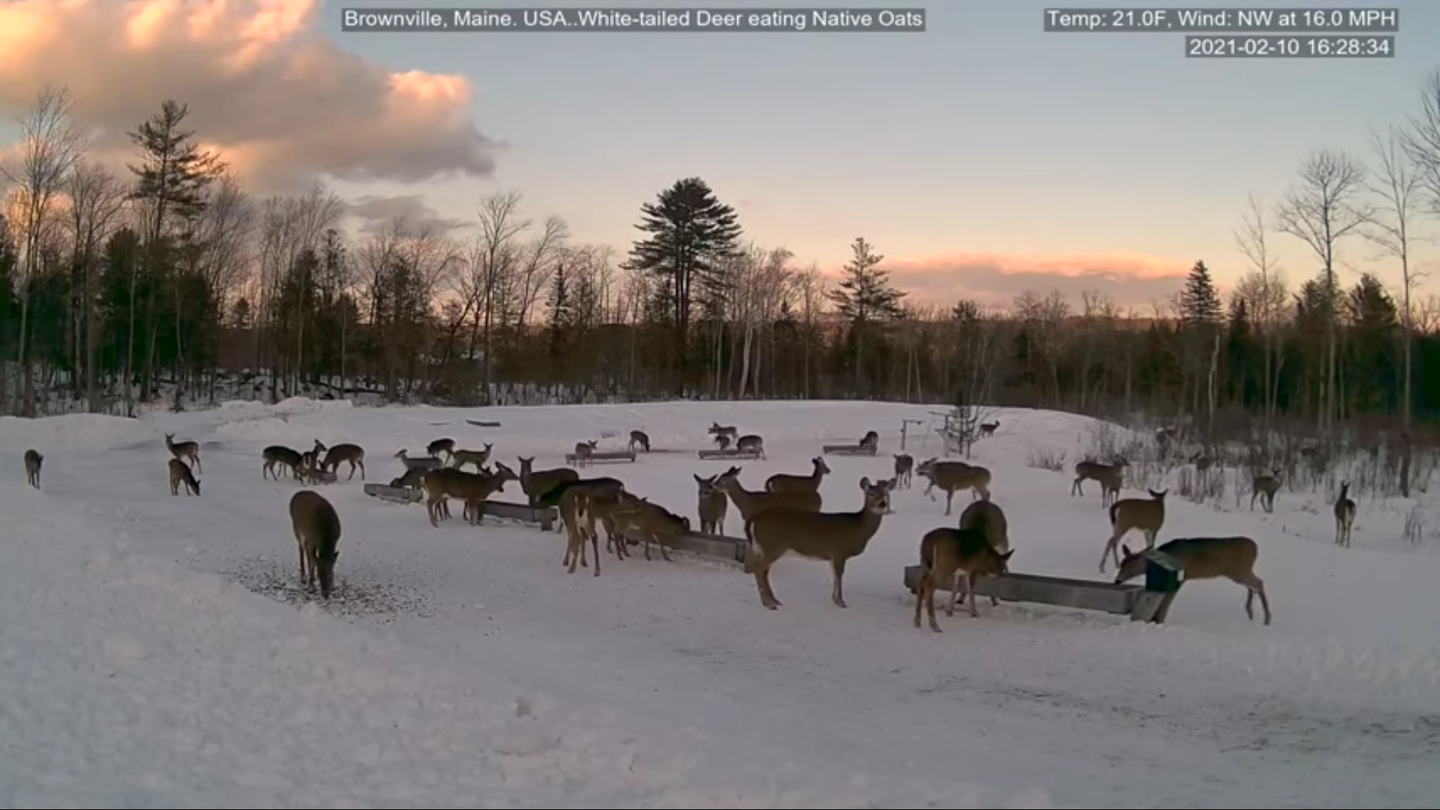 McMahon records the deer and posts videos of them on YouTube. Brownville's Food Pantry For Deer
SHARE

If you live near whitetails chances are you have, or at least contemplated, feeding deer. Well, Brownville, Maine, resident Richard McMahon has taken deer feeding to levels even the most serious hobby-feeder has not reached.

According to this story in the Bangor Daily News McMahon, feeds so many deer on his property that he’s set up a nonprofit–Brownville’s Food Pantry for Deer–to help cover the costs of feeding 700 pounds of food a day. (McMahon’s winter feeding costs him an estimated $9,000 annually.) Officials from the state’s Department of Inland Fisheries and Wildlife (DIFW) feel the Brownville “pantry” is the largest of its kind in the state, where deer feeding is legal from December 16 through May 31.

McMahon, a 75-year old who says he’s fed deer off and on throughout his life, ramped up his efforts around 2008. Then, thanks to the power of Facebook and YouTube, the videos he posted went viral and received international attention. McMahon says he’s attracted viewers from across the U.S. and 119 foreign countries. Now he’s on the frequent flyer program at the local farmer’s elevator and other vendors who supply him with oats, alfalfa bales, and apples.

Naturally, he’s also caught the attention of the DIFW who, while recognizing the pantry as legal, caution other residents about starting similar programs. “Deer break down food quite a bit differently than people do,” DIFW deer specialist Nathan Bieber told the Daily News. “They require lead-up time with new foods to get the microbial community in their guts ready to digest new food.” Bieber encourages residents who want to feed deer to provide them apples or acorns–which they’re more accustomed to finding in the wild, or drop treetops to provide the browse that winter deer typically dine on.

I find myself a little torn on this one. I totally understand McMahon’s desire to feed deer. I love watching whitetails as much as anyone and have two food plots within easy viewing distance of my house. And, as McMahon noted in his interview, shrinking habitat and a flourishing coyote population makes life harder on deer in his area, which adds more credence to the need for his efforts.

Read Next: 36 Deer Foods Every Hunter Should Know

Still, I always get a little uncomfortable when feeding programs habituate deer to people (and vice versa). I love deer, but–and I say this as someone who has deer habitat in his backyard–I like them as wild as possible. Even when whitetails live close to people, which is not uncommon across their range, it just feels strange and slightly wrong when they respond to a dinner bell. It also strikes me that, for an annual outlay of nine thousand bucks, McMahon (perhaps with some cooperation from his neighbors) could grow a pile of food plots and/or do some habitat work that would accomplish the same goals—without turning deer into beggars.