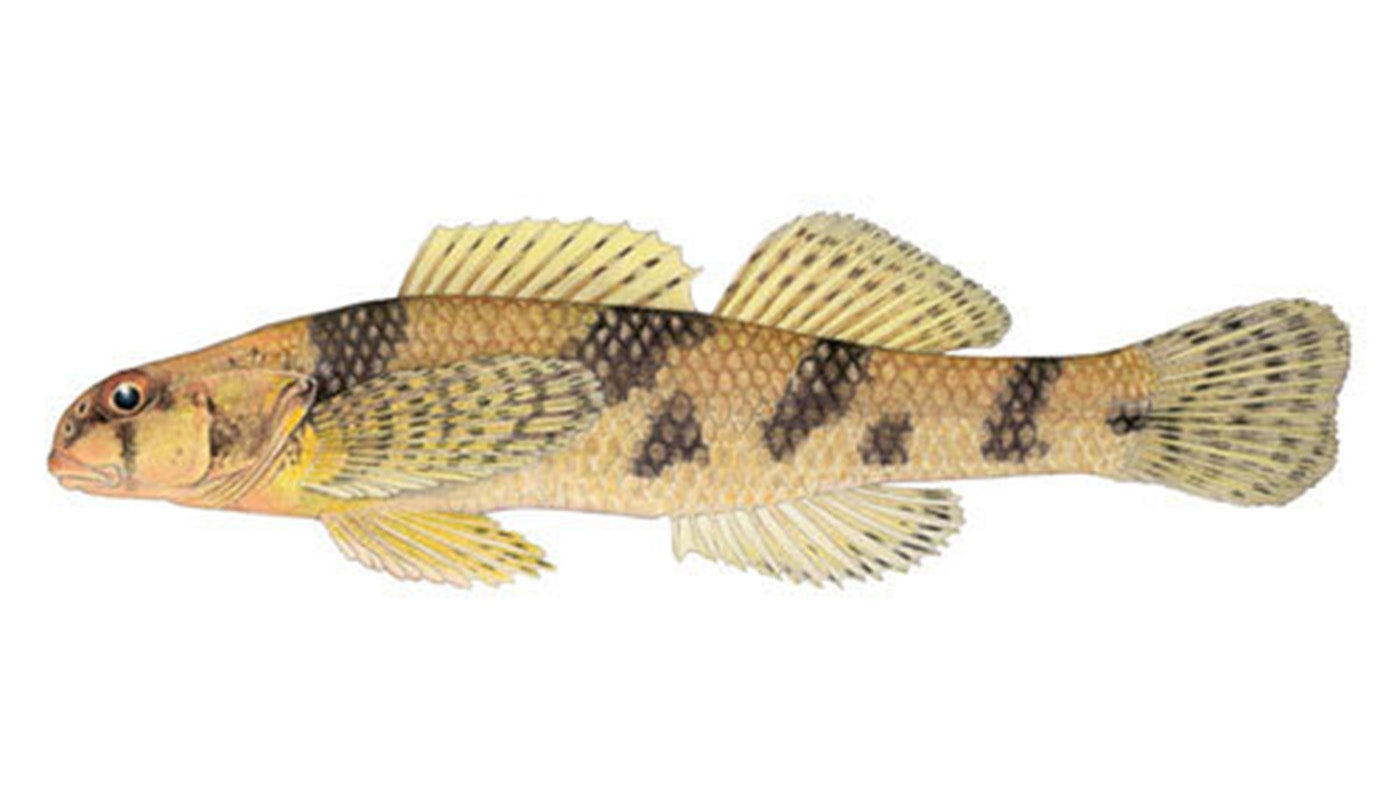 The Maryland Darter was first discovered in 1912. Maryland DNR
SHARE

For several months this summer and fall, wildlife officials, biologists, and interested citizens waded into the tributaries of Maryland’s Susquehanna River in what was the largest search ever mounted for the Maryland darter, a 3-inch brown-spotted fish that hasn’t been seen in 33 years. The crews snorkeled, seined, and electro-shocked the water. They dragged creek bottoms with electric trawling nets. And they found not one of what the Maryland Department of Natural Resources had called “the world’s rarest fish.“

“It’s almost certain that [the Maryland darter] is extinct,” Rich Raesly, a biology professor at Frostburg State University, told the Chesapeake Bay Journal. Raesly was the last person to see a live Maryland darter—which was back in 1988. He and his students have been looking for another one ever since. Jay Kilian, a natural resource biologist with the Maryland Department of Natural Resources, who has spent 13 years organizing search parties for the fish, adds that the possibility that the species lives on “is very, very low.”

The U.S. Fish and Wildlife Service (FWS) has already prepared a draft order declaring the Maryland darter extinct and notes that there is only a 1 percent chance that the fish was missed in the massive search. Closely related to the yellow perch and walleye, the Maryland darter prefers rock crevices in clean, well-oxygenated, swiftly flowing streams. The bottom-dwelling fish eats small insects, including small snails, caddisfly larvae, mayfly larvae, and stonefly nymphs. The species was known to live solely in the state of Maryland.

The Maryland darter was first discovered in 1912 by Cornell University biologists conducting a nationwide survey of ray-finned fish. After that initial discovery, 50 years went by before anyone saw another darter. In 1967, the Maryland darter was declared federally endangered but plans to begin a captive breeding program were stymied when a suitable population of the fish couldn’t be found.

Read Next: The Rarest Mammal in North America Found in Colorado Man’s Garage

The FWS’ draft extinction order pins the darter’s demise on water quality issues stemming from agriculture and development runoff and pollution. Sediment swept into creeks and streams likely reduced water quality and may also have smothered the fish’s eggs. A hydroelectric dam built in 1929 likely played a role as well because it stranded fish in pools that made them vulnerable to predation and that were too warm for the fish to survive. The dam “reduced the Maryland darter to small, isolated subpopulations,” according to the FWS. “This likely made [the species] more sensitive to even minor disturbances resulting from incremental increases in urban development, chronic inputs of sediment and nutrients from agriculture, and alterations in water flow.”

Though the Maryland darter never inhabited more than a small geographic range, Rich Raesly says its extinction would still be an enormous loss. “Every spot is unique,” he told the Chesapeake Bay Journal. “Many…living things are often small and not noticed by man, but the fact is they do make a place unique. It’s a huge loss to humanity whether we are talking about rare alpine plants on Mount Washington in New Hampshire or the Maryland darter.”