The U.S. Fish and Wildlife Service is offering a $10,000 reward for information that leads to an arrest in relation to the illegal killing 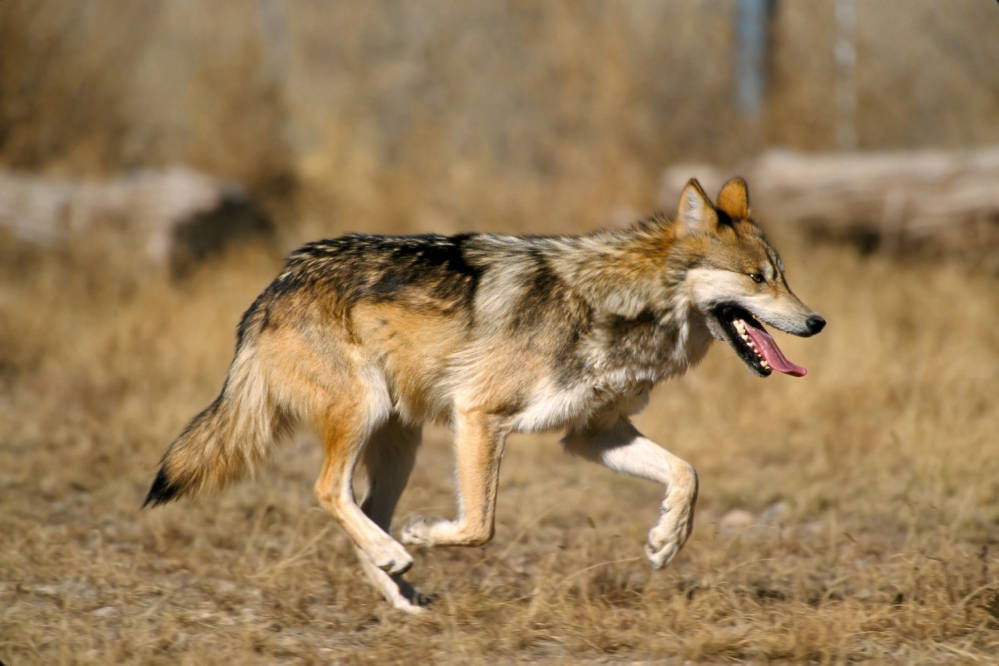 Authorities are investigating the death of a collared Mexican gray wolf in the Kaibab National Forest of Arizona. The animal, which was protected under the Endangered Species Act (ESA), was illegally shot on Sunday, January 2, in the northern part of the state. According to the Associated Press, wolf advocates had dubbed the particularly wide-ranging wolf “Anubis.”

Under the ESA, these wolves are protected throughout the state, and beyond. It’s worth noting that the wolf was killed north of Interstate 40, which marks the northern boundary of the current Mexican gray wolf recovery zone. In August of 2021, Arizona wildlife officials had found Anubis roaming north of the zone and relocated him 200 miles to the southeast. But the wolf returned to northern Arizona by October. The U.S. Fish and Wildlife Service (USFWS) is currently reviewing and potentially considering changing the boundaries of the wolf management zone, as well as altering management methods.

The Mexican Gray Wolf is a Distinct Subspecies of Gray Wolf

While gray wolves are legally hunted and trapped in the Greater Yellowstone Ecosystem, as well as the Great Lakes region, Mexican gray wolves have been protected by the Endangered Species Act in the Southwest since 1976. The U.S. started working with Mexico in 1977 to breed the wolves in captivity and reintroduce them in an experimental zone called the Blue Range Wolf Recovery Area, which spans parts of Arizona and New Mexico. As of 2020, there were 186 Mexican wolves within the area. Like in other rural places, the growing wolf population has led to an increase in reported livestock depredation events by local ranchers, according to a Fox10 report.

Read Next: Grizzly Bear Runs with Wolves in Yellowstone, Then Steals Their Elk Kill

Still, as long as Mexican gray wolves remain protected under the ESA, it remains illegal to kill them without a special permit that allows wildlife officials and ranchers to remove problem animals. The USFWS is offering a $10,00 reward for information about the recent wolf-killing in northern Arizona that leads to an arrest. The Arizona Game and Fish Department and New Mexico Department of Game and Fish are also both offering rewards of up to $1,000.