Officials have ruled out poison or any other foul play 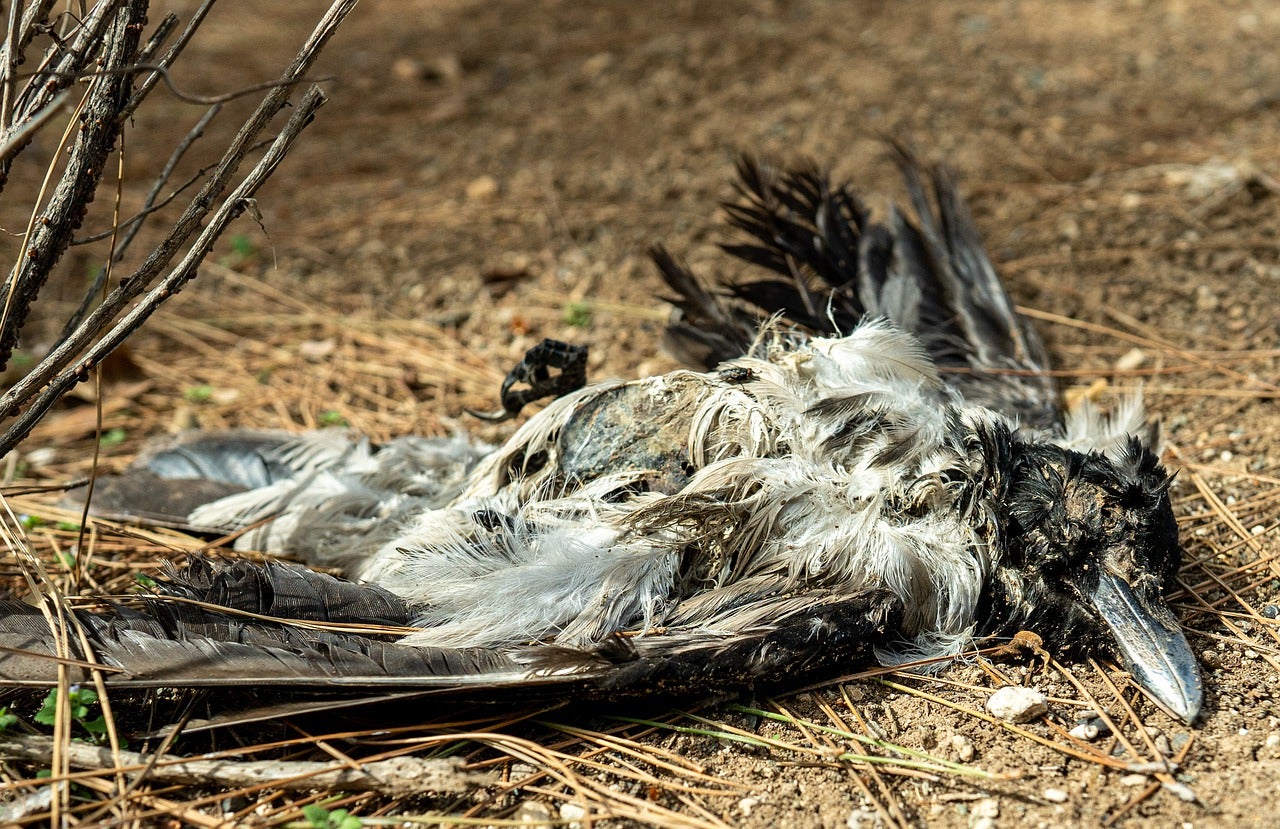 The Missouri Department of Conservation is trying to figure out what killed a murder of crows in downtown St. Louis. Nicholas_Demetriades via Pixabay
SHARE

Is it indeed a murder of crows? That’s exactly what officials are trying to figure out in downtown St. Louis, as what’s being referred to as a “large number of crows” suddenly dropped dead.

The Missouri Department of Conservation (DOC) told KSDK-TV the deceased showed no evidence of a struggle, physical injury, or bleeding, effectively ruling out shooting or attack by an unknown predator. DOC spokespeople went on to say poison was at first a theory; however, as only crows seem to be affected, this assumption was quickly discounted.

Roger Holloway, executive director of the World Bird Sanctuary headquartered in Valley Park, Missouri, told KSDK-TV that “seasonally, crows and many other birds will group together in large flocks, especially in the winter before breeding season in the spring.”

An avian sickness, Holloway suggested, may be at the root of the die-off. “If there is a virus or some kind of bacteria, that would spread more rapidly,” he said. “Just like the pandemic when we (humans) were close together, we knew there was a better chance for the virus to spread among us.”

This isn’t an isolated instance, as reports of large die-offs of crows have come to light in the recent past. “Many years ago [it was] West Nile Virus that was responsible for killing birds, including crows, [as determined] by detailed autopsies.”

Read Next: Birds Are Dying and We Don’t Know Why

According to the Cornell University Wildlife Health Lab, more than 250 species of birds are susceptible to the West Nile Virus; however, it appears corvids including crows, ravens, and blue jays are most likely to succumb to the disease.

As of now, the DOC is conducting necropsies, including tests for toxicology and pathology, on the dead crows. However, no date of determination has been set as of this writing.