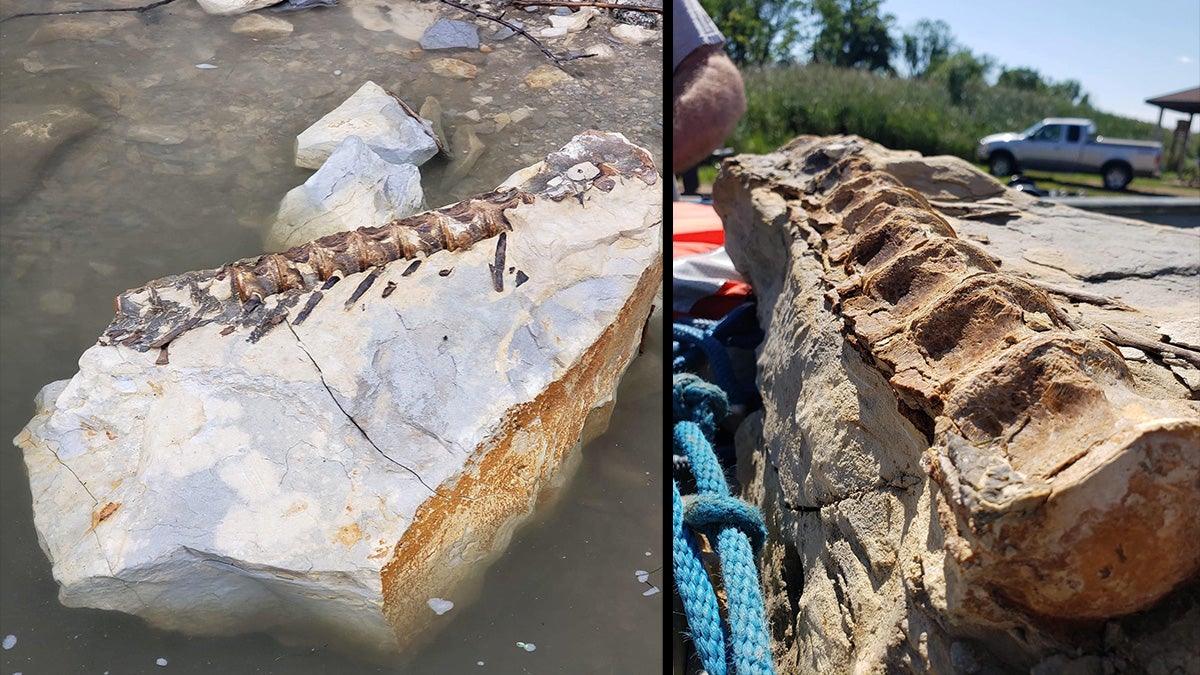 Andy Moore made the catch of a lifetime on the Missouri River earlier this month. It wasn’t a fish but the fossil of a one.

Moore was out fishing on the Missouri River near Yankton, South Dakota when he made the surprising find. Moore was fishing from his kayak during a fishing tournament—and he was struggling to put some fish on the board. While casting a jig, his line went tight; he snagged a big rock. Moore paddled his kayak to the rock to remove his lure. That’s when he found what looked like a large spine embedded in the stone.

“I get up to it, and I’m like, ‘Oh wow! That’s kind of cool.’ I thought it was a big catfish skeleton or a deer skeleton. Something told me to take a picture of this,” Moore told WOWT. Moore later posted pictures of his find online. “[People were] like, ‘Uh dude. Did you know that’s a 90-million-year-old fossil that’s in that picture?’ I’m like, ‘What?’”

Read Next: Ancient Megalodons Could Eat a Killer Whale in Five Bites

Moore had a poor showing at the fishing tournament but said that his unexpected find made up for it. The fossil will be put on display at the Lewis and Clark Visitor Center, which has various exhibits about the history and development of the Missouri River Basin.