Nevada's high desert is now home to more than 100 moose, biologist with the Nevada Department of Wildlife say 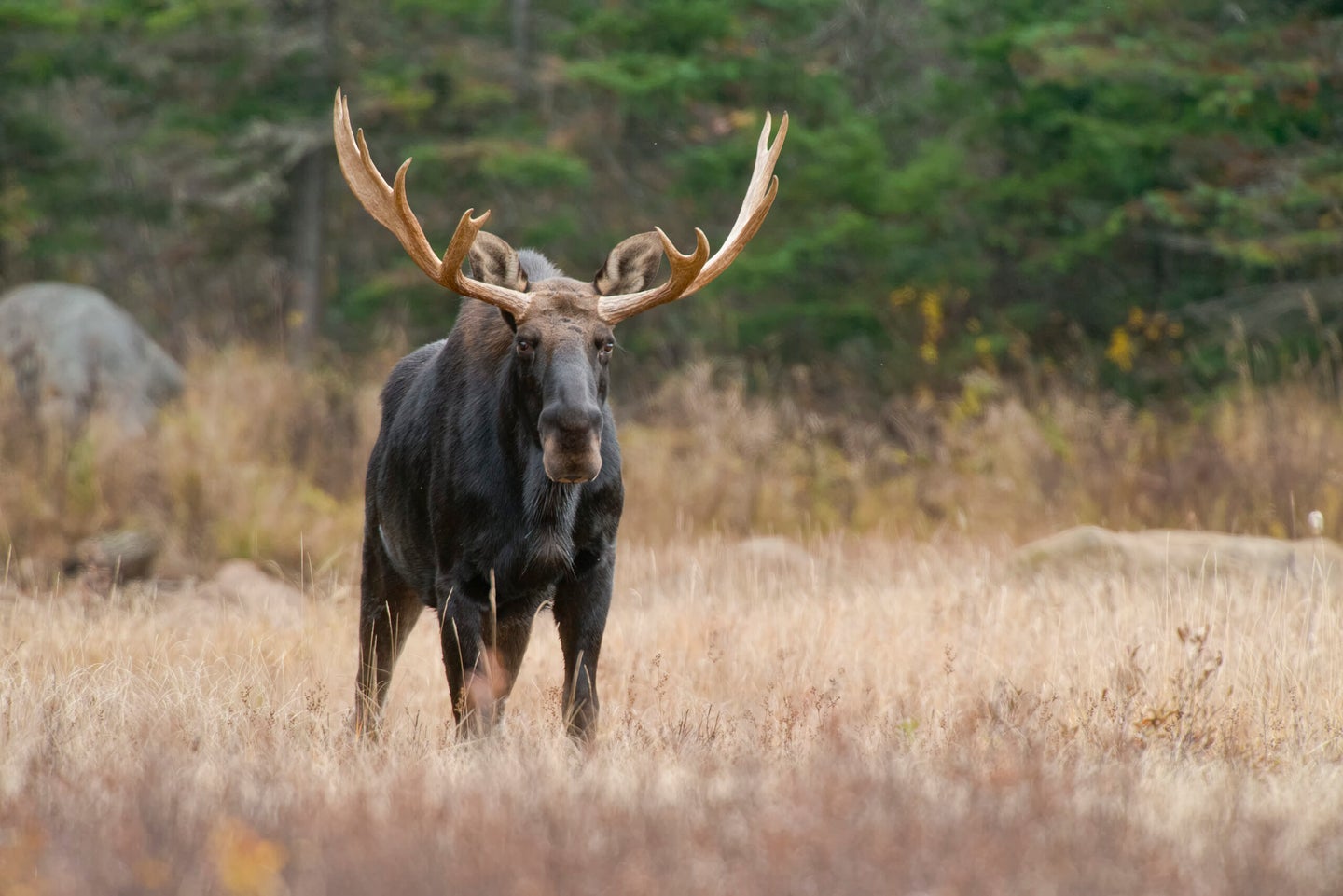 Moose are solitary animals that tend to disperse when their habitat becomes too crowded. David Mark. Pixabay
SHARE

Wildlife biologists in Nevada say that moose are making their way into the state in numbers they’ve never seen before as they migrate from neighboring Utah and Idaho where their populations have far exceeded capacity. While meandering moose have been reported sporadically in northeastern Nevada’s high desert country since at least the 1950s, recent population data shows that the largest member of the deer family has now established a permanent, breeding population in the Silver State for the first time in modern memory, the Nevada Department of Wildlife (NDOW) says.

“We did absolutely nothing. It’s like the moose have chosen us,” NDOW biologist Kari Huebner told the Reno Gazette Journal. “It’s something they’ve done completely on their own.” Typically, when a big game species like moose establishes a foothold in a new range in the United States, or begins to occupy old native habitat, it’s done so with help from wildlife biologists who capture animals in one state and transplant them to another. But that’s not been the case with Nevada’s moose. Huebner says they migrated onto the landscape because of their preference for solitude from other moose, and once they found suitable forage—like aspen, willow, and other types of woody browse—they decided to stick around.

“Every year we’re seeing an increased number,” she said, in a recent episode of the NDOW’s Nevada Wild Podcast. “They’re spreading out, we get observations all throughout Elko County now.” Some of the moose population data is coming from members of the public, like hunters who glass up moose while out looking for deer or elk. But the NDOW has taken an active role of its own in tracking Nevada’s fledgling moose population.

Read Next: Watch a Cow Moose Charge a Grizzly Bear After It Kills Her Calf

NDOW biologists, like Huebner and her colleague Travis Allen, say they spot a lot of them while doing fly-over surveys of elk herds, and in the last three years, they’ve collared 10 moose—all but two of which live in Nevada year round. Just four years ago, the department believed there were about 30 to 50 moose in the state, but with the most recent data, they’ve raised their estimates to well over 100.

In Idaho, there are roughly 12,000 native moose, while Utah is home to a reintroduced population of approximately 3,000. In Nevada, Huebner says the NDOW will maintain a hands-off approach as the moose population continues to expand organically—at least for the foreseeable future. “As we learn more about their habitat needs and what we have, we’ll be able to figure out if there’s carrying capacity and availability in other mountain ranges in Nevada,” she said. “And, who knows, they might just get there on their own.”