What was once tundra is now covered in shrubs and vegetation, pushing out caribou and making way for more moose 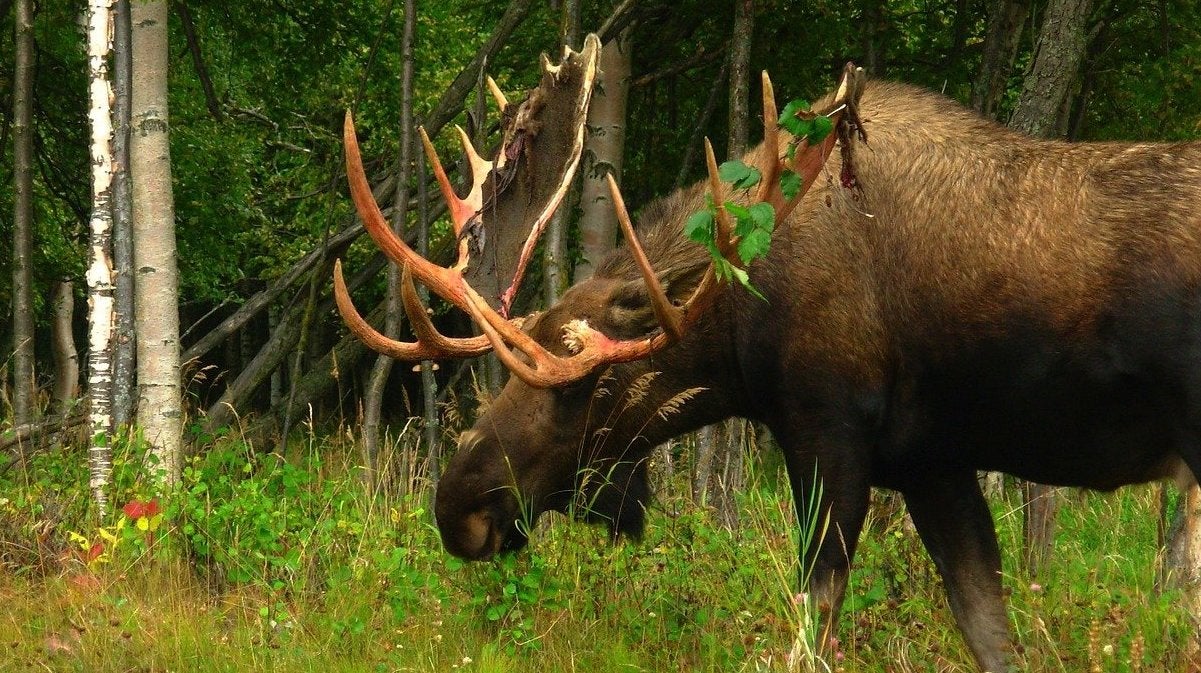 Moos numbers have increased 400-fold in the Togiak National Wildlife Refuge since the 1990s. Pixabay
SHARE

In southwestern Alaska, the moose population is booming. Since the 1990s the Togiak National Wildlife Refuge has seen a 400-fold increase in moose, to a population of 2000 animals. Mild winters are changing the habitat on the tundra—which is good for moose numbers. But other species, like caribou, could be in trouble.

According to research by Sebastian Zavoico, a graduate student at the University of Alaska Fairbanks, climate change could be the cause of the population boom. Woody shrubs are spreading to areas that used to be dominated by tundra. This is especially so near rivers.

The phenomenon of shifting animal populations in Alaska isn’t isolated to moose either. Beavers are moving into areas where they previously only existed in small numbers. And snowshoe hare populations are moving north. In the case of the beavers, their work to dam up moving water is exacerbating the situation, warming and thawing the permafrost at a faster rate than climate change would do alone.

A shrinking tundra is bad for caribou who rely vegetation like on lichen and moss for food. Low population counts have recently triggered emergency hunting closures. The Mulchatna Caribou Herd, found in the region, has shrunk from 200,000 animals in the ‘90s to just 12,850 today, according to Andy Aderman, a biologist with the U.S. Fish and Wildlife Service. This, along with a concern that overpopulated moose could eat themselves out of habitat, is leading hunters in the region to shift from caribou hunting to moose hunting.