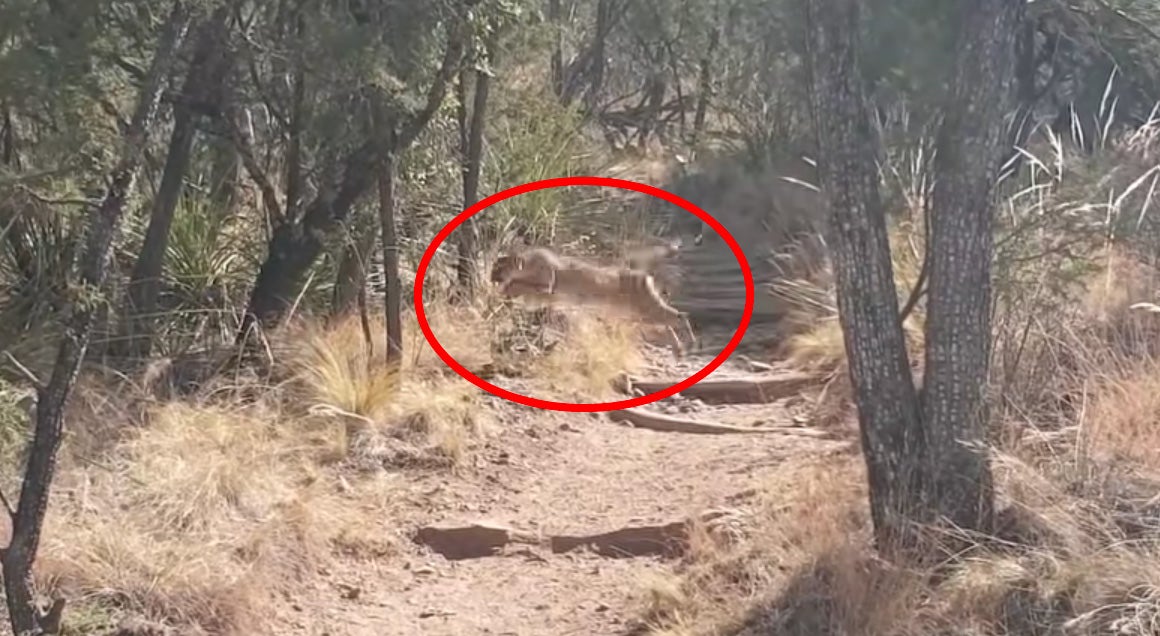 Several hikers were walking on a trail in Texas’s Big Bend National Park when they came upon a rare sight—a mountain lion on the hunt. The cat was prowling slowly in the middle of the path. Thankfully, the big cat was not interested in an unsuspecting tourist; it was hoping to kill a deer. Robert Turner quickly pulled out his camera and began filming.

“This is terrifying,” says an onlooker in the video. “I’d never thought I’d ever actually see [a mountain lion].”

Someone else asks Turner if he has bear spray with him, to which he responds “nah.” But in this case, it doesn’t matter. The lion is fixated on the deer and in a split instant, leaps off of the trail and darts after it. Seconds later, you can hear a crash and distraught vocalizations from the deer. Watch the epic sequence of events below.

Turner did not get the final take-down of the deer on camera—but since the attack took place in a popular national park, someone else did. A YouTube account called “The Scenic Route” posted footage of the mountain lion pouncing on the deer and tackling it to the ground. The account also identified the trail where this took place as the South Rim Trail.

Big Bend National Park is home to both mule and whitetail deer populations. It’s not easily apparent which species the mountain lion took down. The park is also home to a well-established population of mountain lions. According to the National Park Service, there are approximately 150 mountain lion sightings in the park each year. Mountain lion attacks on people are rare, but they do occur. The Park Service urges visitors to take common-sense precautions, like hiking with others when possible, when recreating in mountain lion territory.