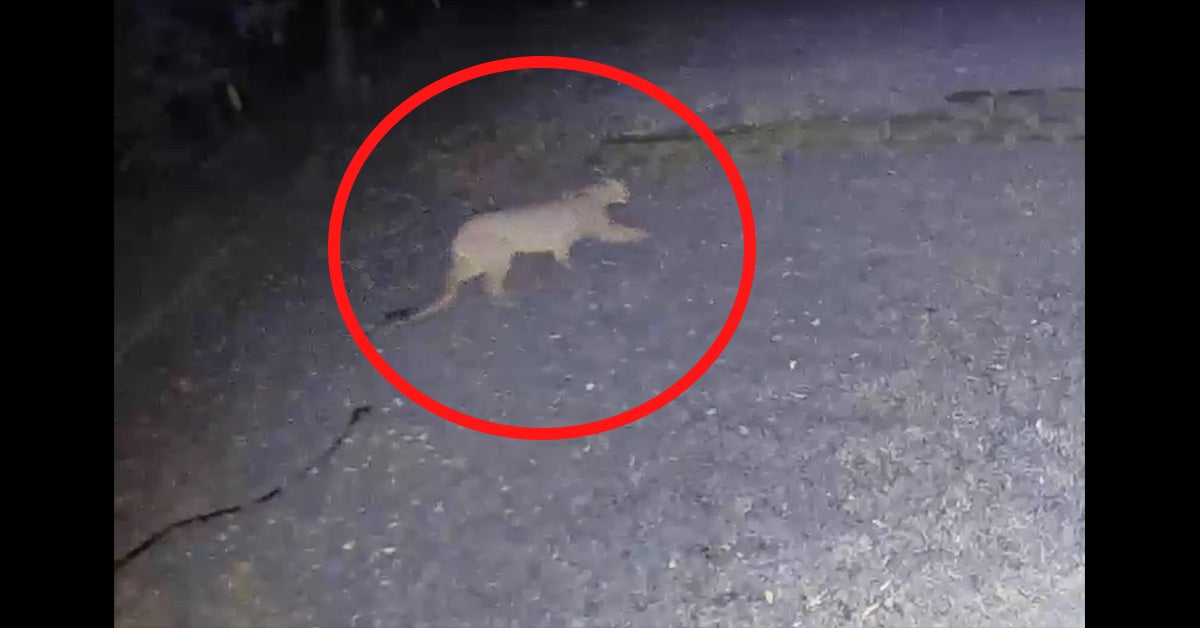 Mountain lions do not have a breeding population in Iowa. Nancy Wagner Dowart
SHARE

A mountain lion was recently spotted prowling near a home in Iowa—a notable sighting in a state that’s doesn’t have a resident lion population. The big cat was caught by a Ring Security camera. Nancy Wagner Dowart shared the video with Field & Stream, as well as several local news outlets. The Iowa Department of Natural Resources reviewed the footage and confirmed that the animal was in fact a mountain lion. The incident took place on Sunday, October 10, on the north side of Des Moines, according to KCCI Des Moines. See for yourself below.

Mountain lions occasionally visit Iowa but don’t have an established resident population there. According to the Iowa DNR, the species was extirpated in the state before the modern era of wildlife management because of “persecution by humans.” There have been 33 confirmed or probable lion sightings in Iowa since 2001, excluding this most recent sighting. There are small resident mountain lion populations in the neighboring states of Nebraska and South Dakota. Mountain lions currently do not have any legal wildlife status in Iowa, which means that they can be taken freely, so long as the method of take is legal. Adult mountain lions grow to lengths of 6 to 9 feet long and reach weights of up to 160 pounds. Mountain lions are also commonly known as cougars, pumas, panthers, and catamounts, depending on where you live.

“While Iowa might offer ample food, it lacks the vast expanse of wild country and female mates that these young males seek,” explains the Iowa DNR on its “Occasional Wildlife Visitors to Iowa” webpage. “They often continue moving on, which means there are no breeding populations in Iowa. The Iowa DNR has not stocked mountain lions and has no plans to do so.”