Before the big cat attacked, this lone Rocky Mountain bighorn sheep had traveled over 180 miles from Arizona into New Mexico 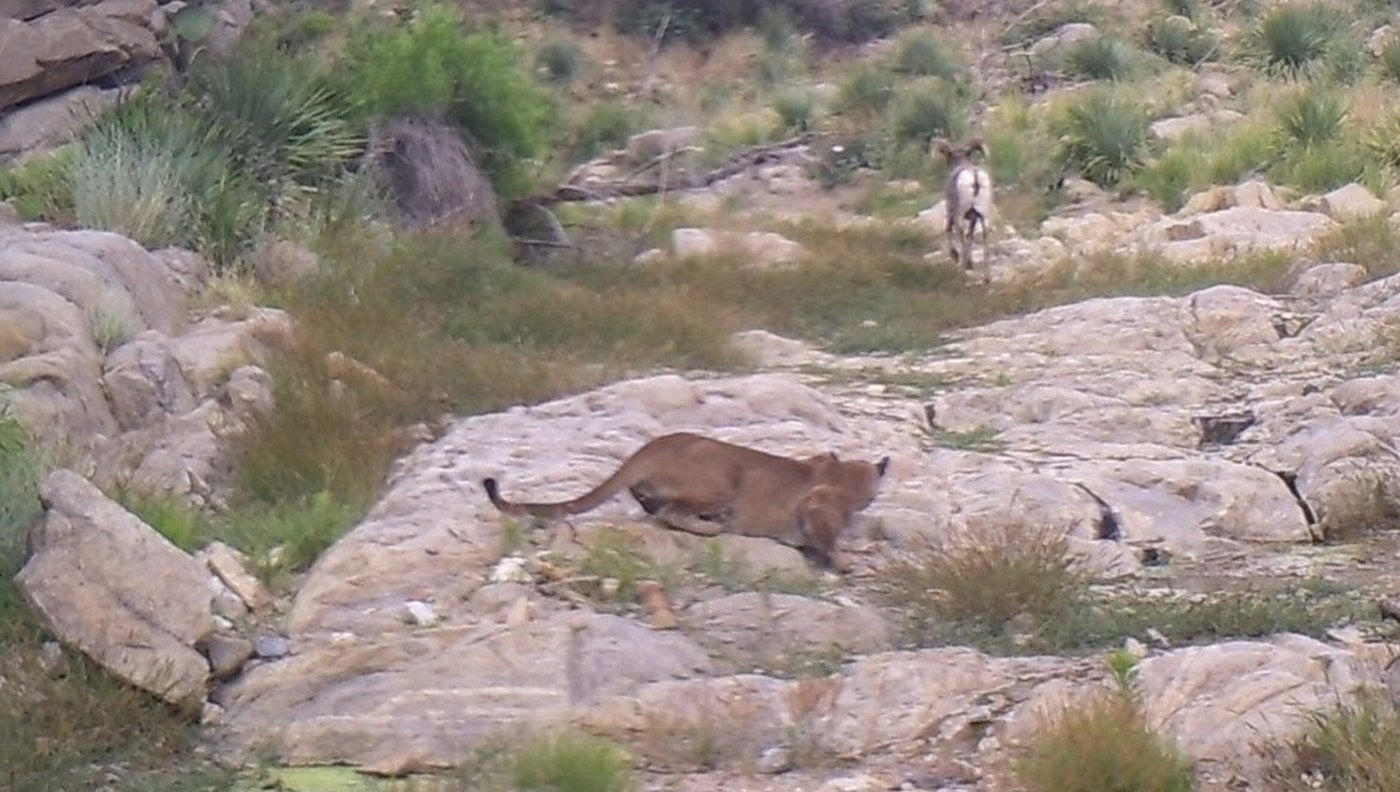 Until now. The staff at White Sands Missile Range, which is just to the east of Cooke’s Peak, was looking through their trail-cam footage from May 2020, when they encountered a series of stunning photos. The images start out showing a bighorn sheep moving through a high-desert landscape.

The scene, which took place in the early morning hours of May 15, 2020, seems pretty innocuous at first. The bighorn looks like it’s on alert, but it’s not clear exactly why. Then a big cat enters the scene in a separate frame.

What happens next is pretty incredible. The trail camera captures an image of the lion mid-stalk with the ram moving away, seemingly oblivious to the predator’s approach. Yet there’s still some distance between the two, and it seems like the ram might just get away unscathed.

But there’s no such luck for the ram. The mountain lion pounces—and the final moment of the attack is captured in one last trail-cam photo.

Less than 15 minutes elapse between the time the sheep is first caught on the trail camera and when the mountain lion takes it down. NMGF says that they were able to identify the killed sheep as the same one that was spotted in 2019 on Cooke’s Peak “through an interconnected web of New Mexico’s wildlife biologists.”

“Game and Fish biologists used the ear tag to track the bighorn back to Arizona Game and Fish, and its last known location near the Morenci Mine,” explains the agency. “This bighorn had made a trek over 180 miles to meet its demise on White Sands Missile Range.”