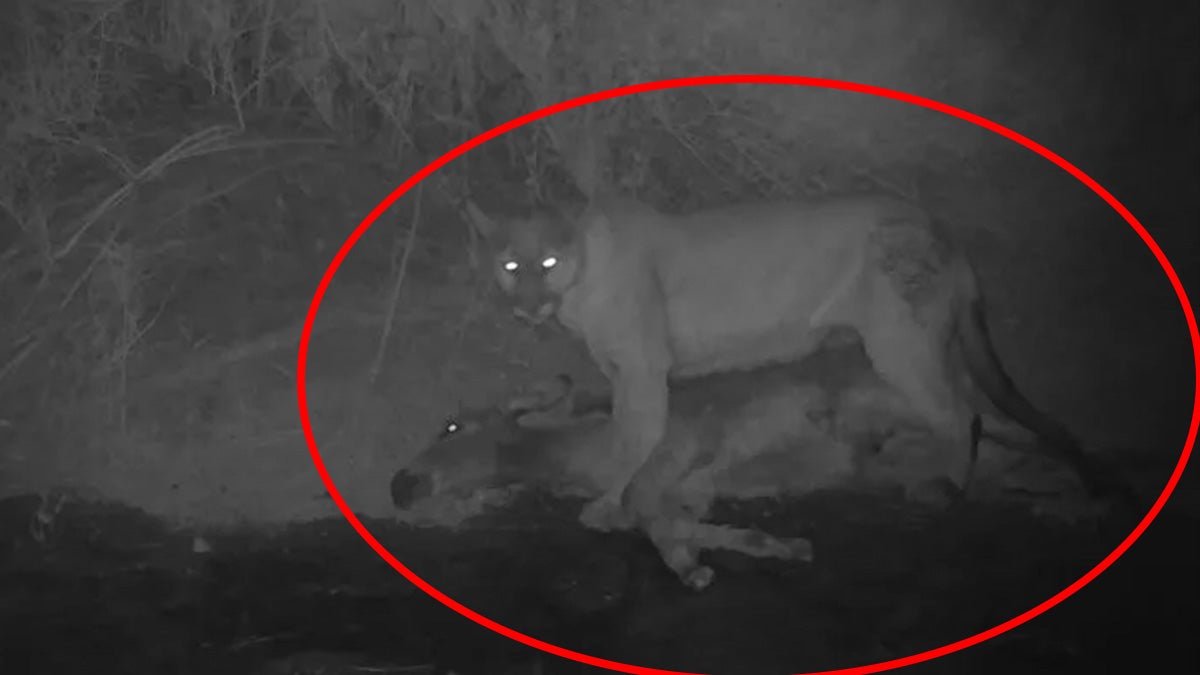 This is one of the first recorded instances of a native predator killing a feral donkey. Erick Lundgren
SHARE

Lundgren and his team captured another predation instance in 2020, which showed the entire kill, including an image of the mountain lion standing over its deceased quarry. “Capturing that kill on camera was a great moment of validation,” Lundgren told Science. Lundgren and his fellow researchers then investigated the “trophic cascades” that might result from the predations. According to Brittanica, a trophic cascade is an “ecological phenomenon triggered by the addition or removal of top predators and involving reciprocal changes in the relative populations of predator and prey through a food chain, which often results in dramatic changes in the ecosystem.” In other words, an apex predator does not only impact the species it preys upon, but it can also impact other parts of the ecosystem.

Lundgren’s team found that in the parts of Death Valley National Park, which straddles the California-Nevada border, where mountain lions weren’t present, feral donkeys would hang around one location for 5.5 hours on average. Meanwhile, in places where mountain lions were present, they would only stay for an average of 40 minutes. In those places, the vegetation was in better shape and there were fewer signs of trampling. Mountain lions hunting feral donkeys was improving the health of the ecosystem.

“This [research] adds to growing evidence that ecologically important predator-prey interactions can emerge rapidly in novel ecosystems,” writes Lundgren and his fellow researchers in a study published in the Journal of Animal Ecology. “These results also suggest that removals or eradications of introduced [donkeys and horses] and prevailing policies of predator persecution may have unintended consequences.”

Death Valley National Park staffers are currently working to remove all feral donkeys from the park. Lundgren says that they should reconsider this plan given the results of the study. He adds that the mountain lions would likely key in on bighorn sheep if feral donkeys are no longer available as a food source. However, a spokesperson for Death Valley National Park told Science that the study would not impact the NPS’ plan to remove burros from the park.