Video: Muley and Whitetail Bucks Lock Antlers in Battle to the Death 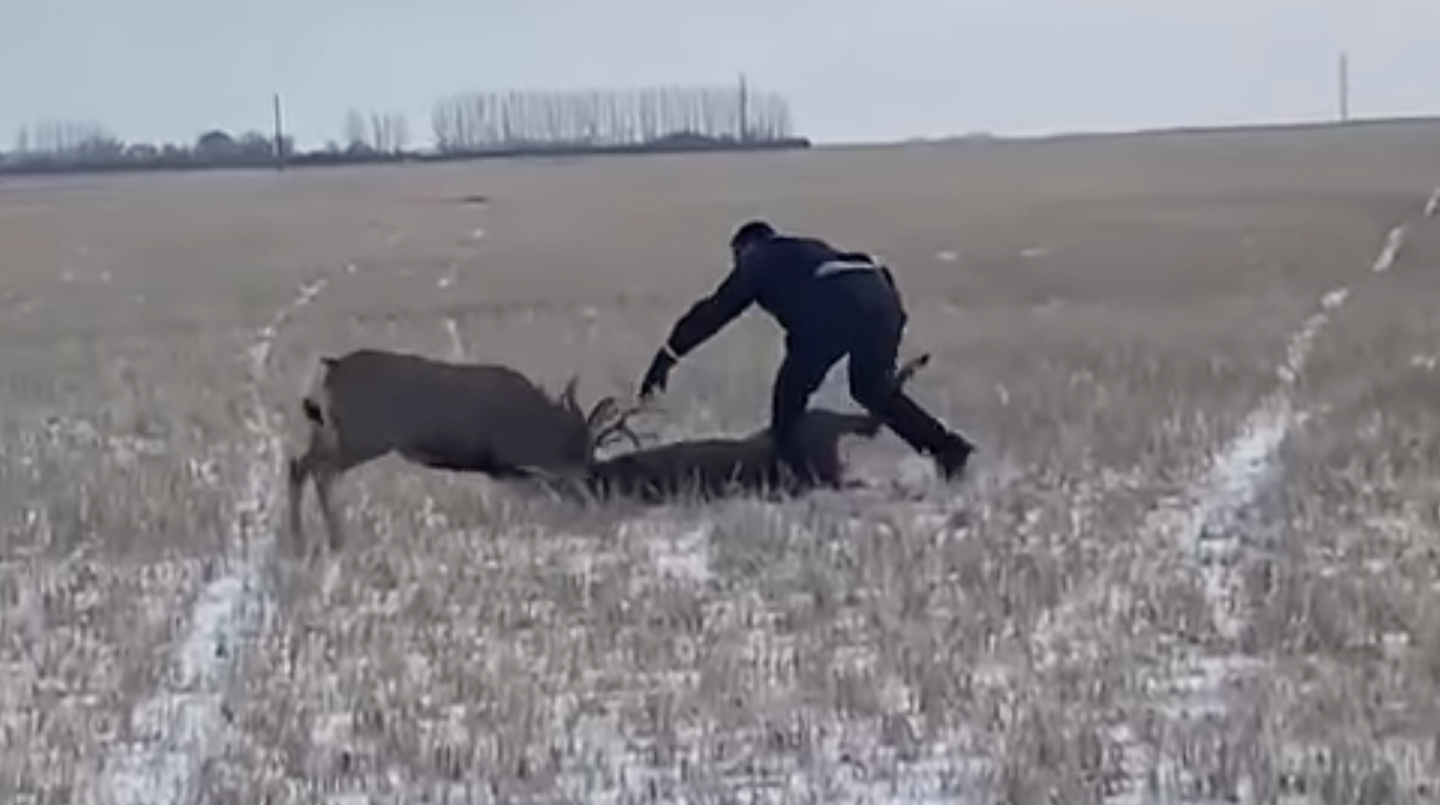 It’s pretty darn rare to find on a pair of bucks with locked antlers, let alone two different species of bucks with locked antlers. But that’s exactly what a hunter in Saskatchewan stumbled upon in November 2021. The hunter, who remains anonymous, reported the incident to the local conservation officer, who quickly responded to the incident. “The rut is on strong in the Watrous area, and this mule deer and whitetail decided to tango, resulting in their antlers getting locked,” wrote the Saskatchewan Association of Conservation Officers in a Facebook post. “Once it was safe, the [responding] officer was able to approach and saw off a portion of antler, freeing the two deer.”

The incident was recorded in a video that shows the conservation officer cautiously approaching the locked-up bucks. The muley is still going at it, but the whitetail’s body is limp. Clearly, the muley had gotten the better of the fight. It holds surprisingly still, however, as the conservation officer saws the antlers free. If the officer hadn’t been able to successfully intervene, the muley would’ve likely met the same fate as whitetail buck.

“While the mule deer was able to bound away, unfortunately, the whitetail succumbed to the effects of the battle after being given time and space to recover,” explained the Saskatchewan Association of Conservation Officers. The agency also stressed the importance of not attempting to intervene in a similar situation yourself—and calling your local game warden for help instead. “Officers possess training and a greater understanding of wildlife than most to help in these situations,” writes the agency.