What Is Killing the Huge White Sturgeon of British Columbia’s Nechako River?

Eleven of the endangered fish mysteriously turned up dead just last week. Now, government officials are calling on the public to help 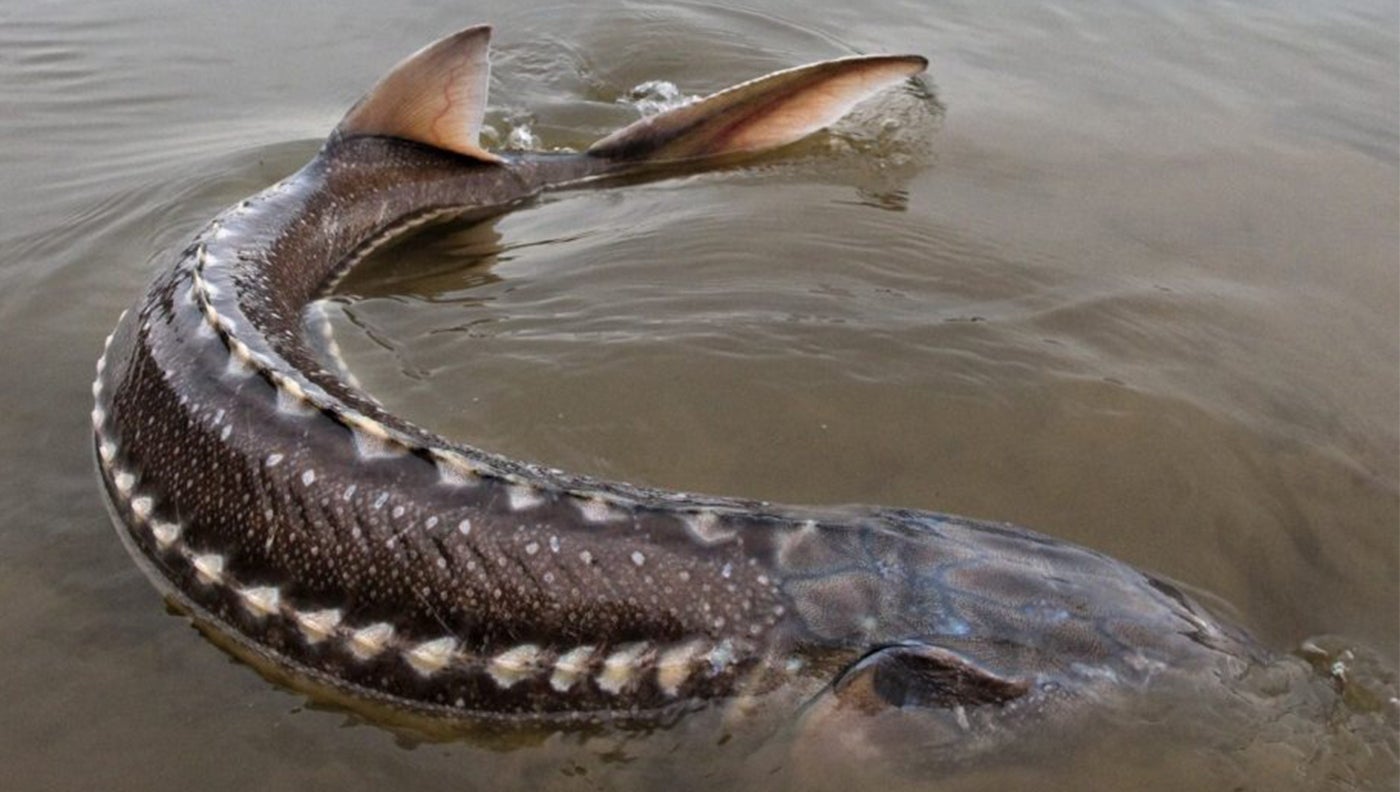 White sturgeon, the largest freshwater fish in Canada, are turning up dead in central British Columbia’s Nechako River, and no one knows why. Last week alone, provincial fisheries scientists found 11 adult fish decomposing in the river. The number is so alarmingly high and the cause of the fish’s demise so mysterious that officials with B.C.’s Ministry of Land, Water and Resource Stewardship (MLWRS) are asking for the public’s help.

“We haven’t seen something like this in the documented history. So, these mortalities are obviously concerning,” senior ministry fisheries biologist Nikolaus Gantner told the Vancouver Sun. The bodies of the recovered sturgeon showed no signs of external injury, nor is there any indication that the fish died of disease, chemical exposure, or angling activities, according to a MLWRS press release. Scientists are running tests on the specimens for any clues but are concerned that the samples are too decomposed to reveal anything conclusive.

That’s where the public comes in. Looking to recovery future samples as quickly as possible, the ministry is asking citizens to keep an eye out for dead sturgeon on the Nechako and Upper Fraser Rivers and immediately report, and if possible submit photos of, any fish they find.

“It’s early days but it’s certainly concerning,” ministry sturgeon recovery lead Steve McAdam told CBC News. “At this point we’re really at an information gathering stage. The information bulletin went out really to engage the public—they’re the ears and eyes on the water. So if people see a fish we want to find it and get it.”

White sturgeon, which can live for more than 150 years and grow to more than 20 feet in length, are listed as endangered in the Nechako and Upper Fraser Rivers under Canada’s Species at Risk Act (SRA). They have been impacted by loss of habitat and access to historic food sources, such as migrating salmon. Recreational fishing for white sturgeon is prohibited in much of B.C., including the Upper Frasier and Nechako Rivers, but allowed on the Middle and Lower Fraser. The fishery is strictly catch-and-release, and would-be sturgeon anglers are encouraged to watch this video from the Fraser River Sturgeon Conservation Society.

White sturgeon are widely regarded as an iconic species in the province. “The lineage has been around for 250 million years. People call them living dinosaurs…and I think it’s super important to emphasize they’re culturally important to First Nations,” McAdam told CBC. As such, fisheries official are eager to learn the cause of the recent mysterious deaths and get white sturgeon back on the road to recovery.

Anyone who finds a dead white sturgeon in the Nechako or Fraser Rivers is asked to report details by phone to Gantner at 250-649-2876 or Nikolaus.Gantner@gov.bc.ca.