The spearfishers were targeting invasive fish, so the competition doubled as a conservation effort 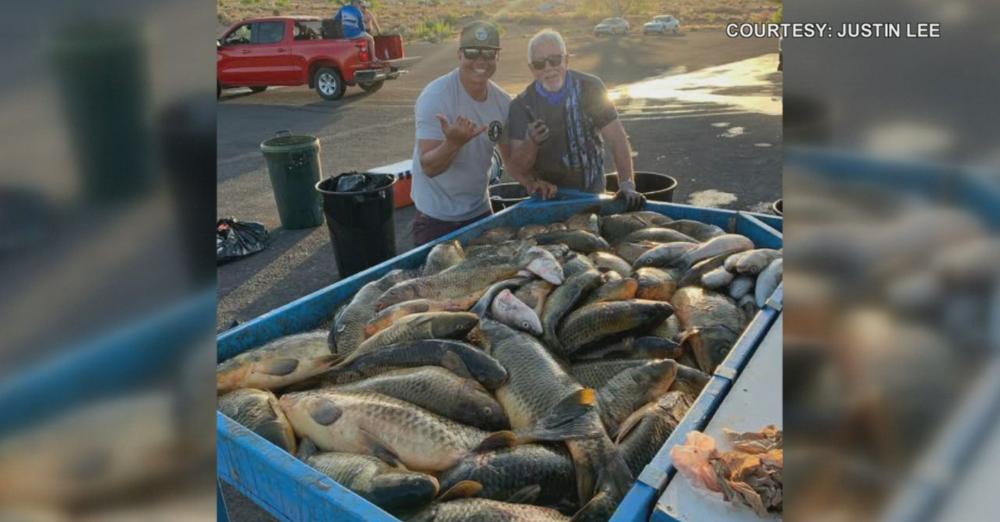 Justin Lee, speargun in hand, spent most of last Friday and Saturday underwater—before he emerged as the 2022 national freshwater spearfishing champion. Lee, of Honoka’a, Hawaii, bested 67 other spearfishers from across the country by hauling in 82 invasive fish during two days of competition on Lake Powell in Arizona.

Lee, who started competitive spearfishing in 2014, told Honolulu’s KHON 2, “Have I always dreamt of this? Yes. Have I always pushed hard toward it? Yes. But for this to finally all come together and get my hand raised at the end of the day.—it was surreal.”

Lee’s team, including boatmen Mike Jutt and GR Tarr, took second place in the team competition. Lee said, “At the end of the day, as much as it is an individual award, it’s truly a team that makes it happen. You know, having the support of the guys on the boat. The guys are dealing with literally 1,000s of pounds of carp on the boat getting sloshed around with fish slime.”

Carp are invasive to Lake Powell, so the competition contributed to reducing their numbers in the fishery. On the second day of the event, Lee took out one of lake’s biggest fish when he speared a 20.4-pounder that lifted him and his team to the top of the leaderboard.

A bowhunter by land, Lee takes his spearguns into the ocean waters near his home on the Big Island, where he promotes stewardship of fish and game in his many spearfishing YouTube videos. Even after winning the national championship, Lee kept his roots in mind: “Some of the best fishermen in the world are local boys out here in Honoka’a…that just need the opportunity. Super, super stoked that hopefully, you know, a couple of the young kids from Honoka’a or along the Hamakua Coast can see Uncle Justin and be like, ‘Brah I going! I go chase some fish!’ And hopefully it just celebrates, you know, our way of life.”

The sport of competitive freedive spearfishing is governed by the Underwater Society of America (USOA) in the United States, and the Confederation Mondiale Des Activites Subaquatiques (C.M.A.S) worldwide.

Lee’s next goal is to win a world championship. For now, though, he’s happy to celebrate his national victory. “As of right now, it’s still fresh,” he told KHON 2 after winning the event. “I still got chicken skin just thinking about what it was like to hear my name.”