As New Jersey Grapples With Deer Overpopulation, Some Push for Non-Lethal Management Methods 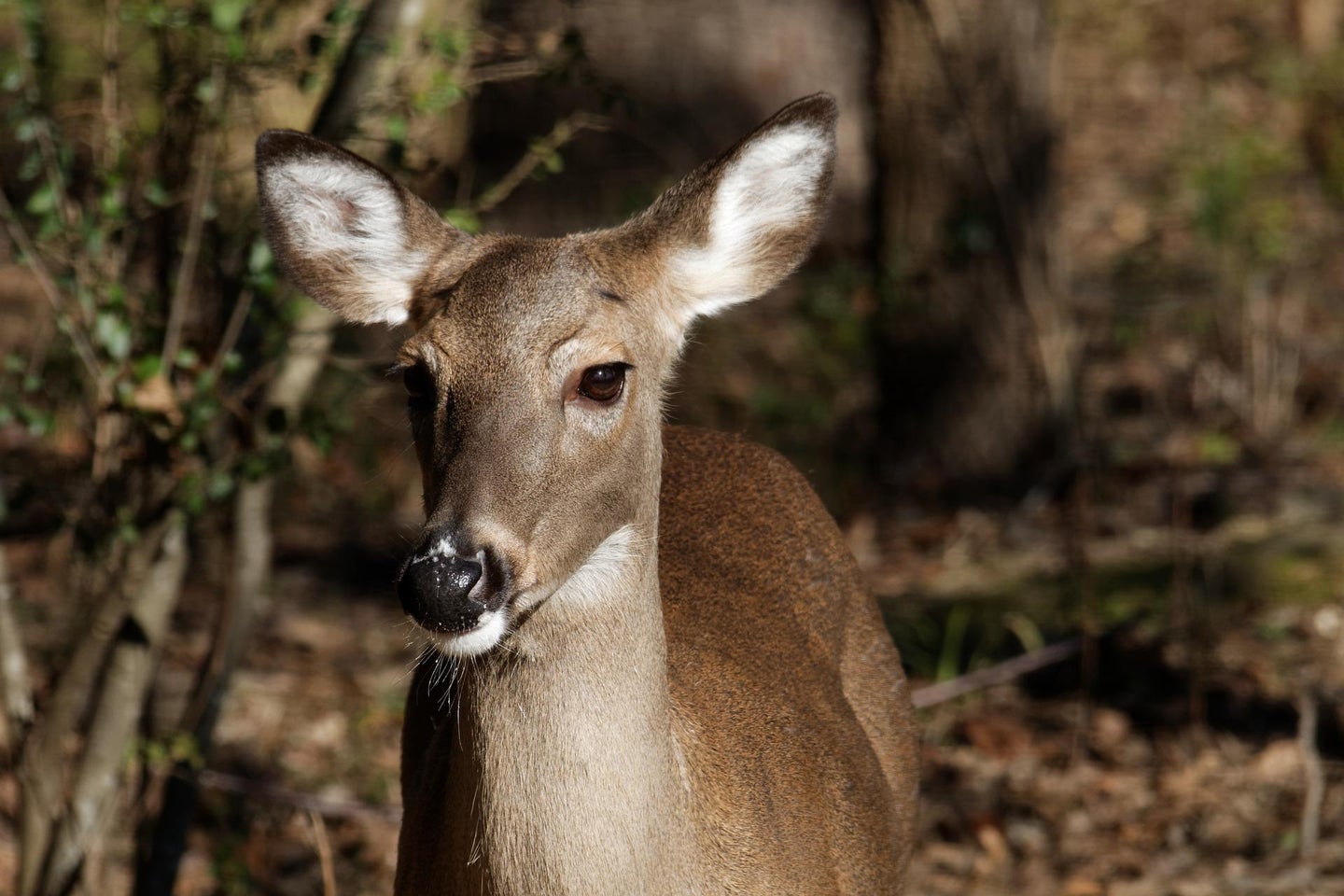 There is a startling amount of whitetail deer per square mile in much of New Jersey. Pixabay
SHARE

New Jersey has too many whitetail deer. According to a story from News 12 New Jersey, recent whitetail population surveys revealed deer densities of between 60 and 200 animals per square mile in some areas. Experts say that 10 deer per square mile is a desirable density for minimizing auto collisions and damage to crops and vegetation.

The survey suggests that the Garden State has vaulted to the top of a long list of places where dense human populations clash with a burgeoning deer herd. Naturally, vehicle collisions are the most common complaint, and crop damage to local farms is up there, too, but there are also concerns about Lyme disease, Chronic Wasting Disease (CWD), and even bovine tuberculosis. Now add in the fact that deer love nothing better than dining on the shrubbery planted by suburbanites, and you have a real problem.

Of course, Jersey also joins the lineup of places struggling to find solutions to trimming whitetail numbers. While state assemblyman Joe Danielsen has suggested that expanded hunting opportunities were among the logical steps to take, former State Senator Ray Lesniak argued that non-lethal management options should be emphasized. Public opinion in the Garden State is about evenly split between killing deer and non-lethal methods of population control.

While attractive to the anti-hunting public, non-lethal deer control methods are expensive, only marginally successful, and can sometimes fail. In a 2016 article published in The Wildlife Society Bulletin, a six-year study at Cornell University proved that sterilizing a portion of the university’s dense whitetail doe population was ineffective in reducing overall deer numbers. In addition to the cost of about $1,200 to tranquilize and operate on one deer, sterilization actually resulted in an increase in whitetails at Cornell. Sterilized does didn’t drop any fawns, but there was an 873-percent increase in buck sightings on campus. Researchers realized that, while does were not being impregnated, they were continuing their estrous cycles for months and, naturally, attracting an increasing number of bucks to the study area. Cornell dropped the sterilization program after six years and implemented a lethal control program.

Before we hunters puff up our chests and adopt a “told ya so” stance, it’s important to recognize that expanding hunting opportunities in states with dense human populations can be a huge challenge. No one knows that better than the United Bowhunters of New Jersey, one of the country’s most organized and effective sportsman’s groups. As an example, UBNJ’s most recent fight involves their opposition to Bill 3732, legislation that would require a landowner who grants hunting permission to also get adjacent landowners to agree to hunters being on his land. In addition, the bill would increase a minimum “buffer zone” for weapons discharged from a building, from 150 feet to 450 feet. If you’re a small-tract landowner, a 450-yard no-shooting zone surrounding your dwellings could render your property virtually unhuntable.

Read Next: Panthers Replace Human Hunters as the Dominant Deer Predator in Florida

So yeah, New Jersey legislators are listening to public complaints about too many deer and have to figure out how to handle the rampant expansion of deer herds. Obviously, hunting is not a solution in all areas, and, where it’s not feasible, funding a non-lethal program may be an option. But hunting opportunities and regulations simply have to be liberalized to give the state’s sportsmen a chance to step up to the plate and prove their worth. In either case, it’s going to be up to state legislators to help make things happen. Given today’s political climate, I wish I could feel more hopeful.