Ancient Megalodons Could Eat a Killer Whale in Five Bites 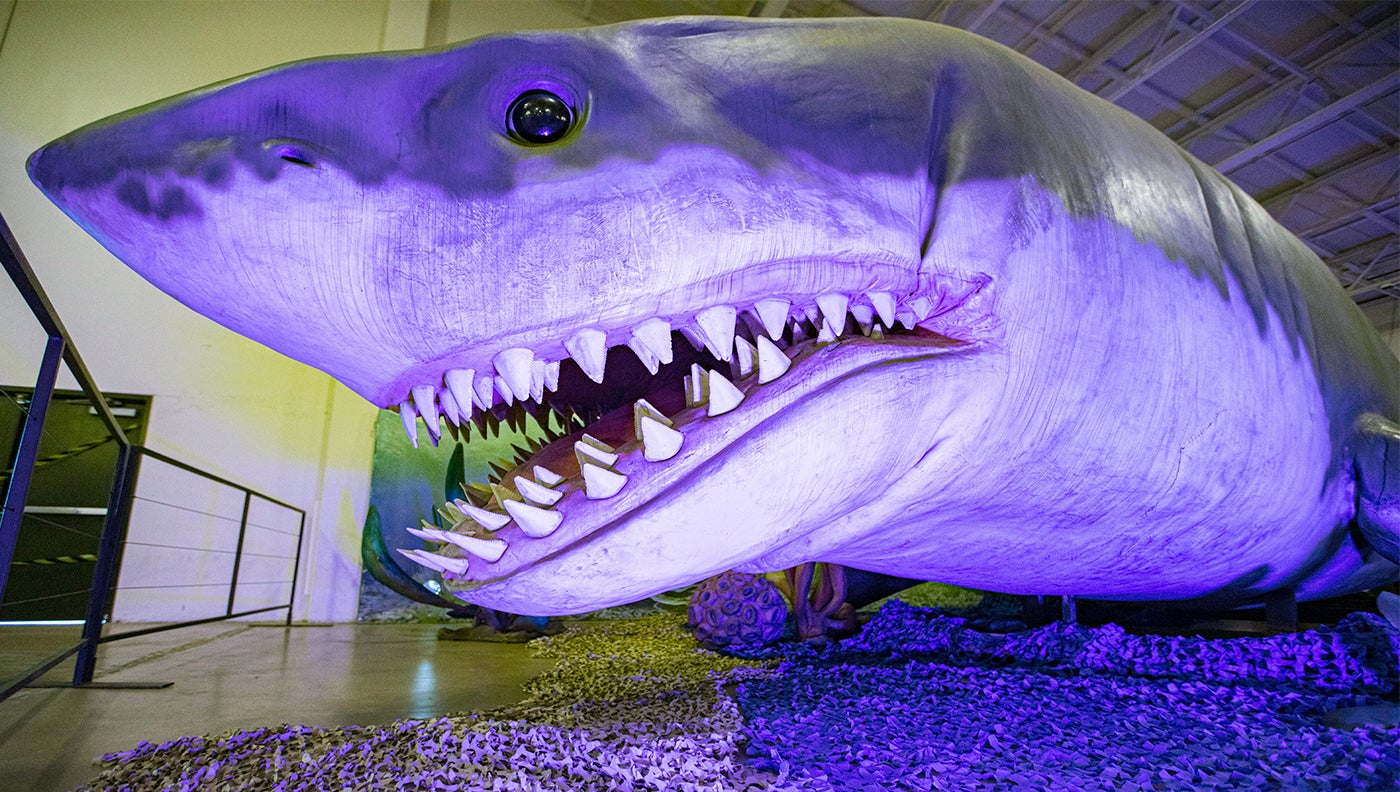 The largest shark that ever lived was even bigger, faster, and fiercer than previously believed. According to a new study, the long-extinct megalodon could grow longer than 52 feet and weigh more than 67 tons. Despite its colossal size, the shark could swim at speeds faster than any shark alive today.

“These results suggest that this giant shark was a trans-oceanic super-apex predator,” says Catalina Pimiento, Professor at the University of Zurich and one of the scientists who worked on a new 3-D computer model of the bygone fish, published this week in the journal Science Advances.

There is little evidence of megalodons left in the fossil record, save for the shark’s massive, hand-sized teeth that still turn up on beaches today. Using those teeth and an ultra-rare collection of megalodon vertebrae that’s been housed in a Belgian museum since the mid-19th century, Pimiento and her team were able to create a digital model of the shark’s full body. The reconstructed megalodon was longer than a school bus, heavier than a herd of elephants, and surprisingly fast. “We estimate that an adult megalodon could cruise at faster absolute speeds than any shark species today,” the researchers wrote.

The megalodon also had a 2,500-gallon stomach and required about 98,000 calories per day, which it easily met by feeding on calorie-rich whale blubber. Even the largest whales would have been a cinch for megalodons to take down; the behemoth could open its jaws about 6-feet-wide. The researchers posited that their reconstructed megalodon could “completely ingest, and in as few as five bites, prey as large” as an orca. The nutrients from a killer whale could power a megalodon for thousands of miles, keeping it full for at least two months.

“It would be a super-predator just dominating its ecosystem,” co-author John Hutchinson told the Guardian. “There is nothing really matching it.”

Megalodons, a warm-water shark, went extinct more than three million years ago, the result of a variety of factors including cooling oceans, disrupted food chains, and increased hunting competition. The researchers argued that new knowledge of an extinct predator might help scientists better understand the role today’s megafauna play in marine ecosystems—and the large-scale consequences should they disappear.