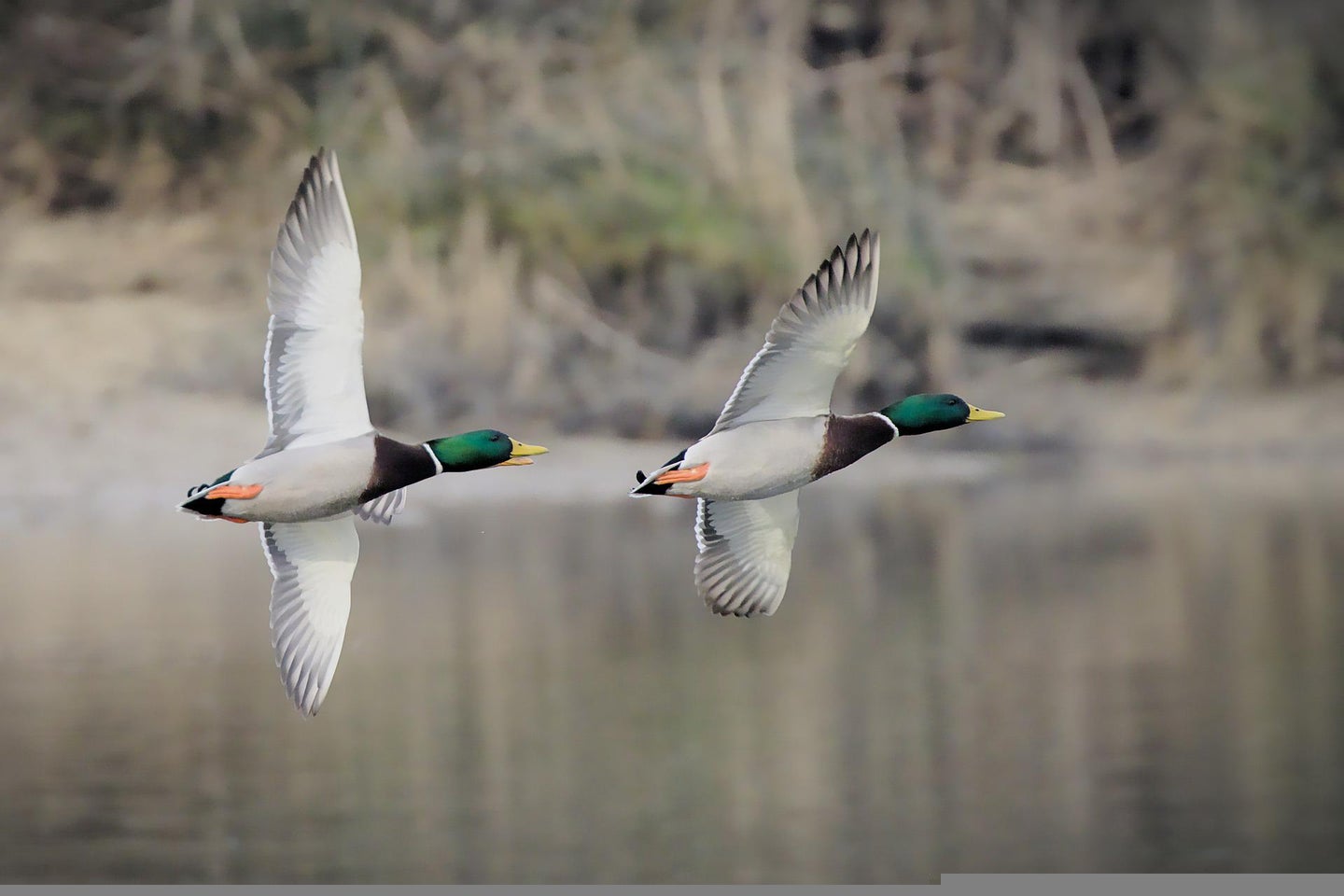 Here is some good news out of North Dakota for duck hunters. While the U.S. Fish and Wildlife Service (USFWS) predicted a significantly lower North American fall flight overall, North Dakota duck numbers appear to be bucking the trend, giving Central Flyway hunters cause for some optimism. The state’s annual May breeding duck survey showed a large increase in duck numbers to 3.4 million breeding birds, a 26 percent jump above the 2021 survey.

The reason for the increase is simple. Following a drought year in 2021, in which large numbers of pothole marshes dried up, North Dakota had a wet spring that increased the wetland index by a staggering 616 percent. It’s the largest single-year increase on record. Typically, the year following a drought shows a strong rebound in duck numbers. The dry period followed by refilling revitalizes wetlands, and predator numbers decline in dry weather when prey is scarce.

Based on the survey numbers, North Dakota Game and Fish Department biologists predict a fall flight similar to what hunters saw in 2007, 2008, and 2017.  Those years fell during a wet period for the state, which stretched from 1994 to 2020. During that time, the state averaged 3 to 4 million breeding birds annually. The record was set in 2002 when breeding duck numbers reached 5.4 million. This year’s 3.4 million count is 38 percent above the long-term average. The July production survey seems to verify an excellent production year, with broods showing an average of 7.2 ducklings per brood, which is 11 percent above the 2021 average.

Read Next: Dial In Your Shotgun, Choke, and Load Before the Season

While this year looks like a return to form for North Dakota’s ducks, Mike Szymanski, migratory game bird management supervisor, says there are still concerns for the future. In the short term, dry weather returned to the state in August and early September, drying up some shallow wetlands. In the long term, he says, losing 65 percent of the state’s CRP acres and other grass habitats ducks depend on for nesting will make it difficult for the state to remain in that 3 to4 million breeding bird zone. “2021 was a very stark difference where it looked kind of like the old days of the 80s,” he says,  “[To maintain] the kind of average where we were very often between 3 and 4 million breeding ducks in the annual state survey from 1994 to 2020, and often exceeding 4 million ducks, we have to have a lot more grass come back to the landscape in our high wetland areas.”

In other words, this year’s huge increase in the wetland index, which boosted duck numbers in the short term, may not be sustainable without programs that put more grasslands back on the landscape.