With 11 dead wolves since last year, officials in Oregon are looking for answers 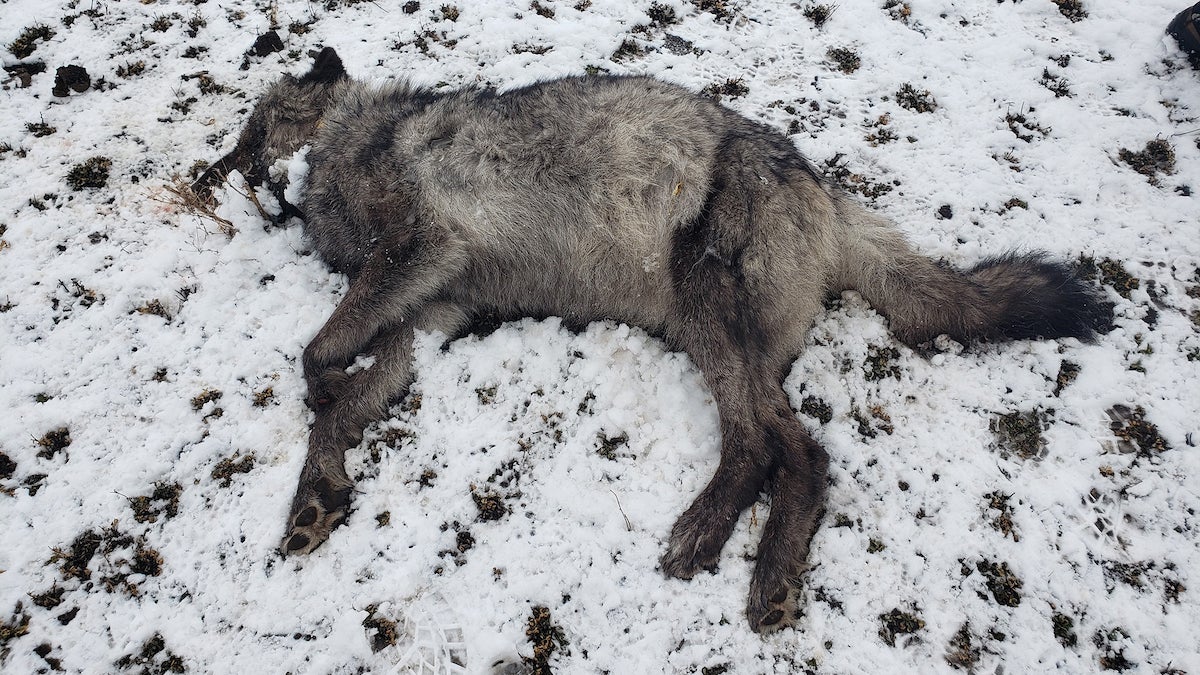 Wolf OR109 was shot near Cove in Union Co. on Feb 15. Oregon Department of Fish and Wildlife
SHARE

On February 15, 2022, Oregon Wolf Program Coordinator, Roblyn Brown, received a message she dreads. A mortality message conveyed through a tracking collar alerted her of another dead wolf.

This wolf, a black female known as OR 109, had been collared by the Oregon Department of Fish and Wildlife (ODFW) in March 2021. Brown notified Oregon State Police (OSP) who found OR 109 shot and killed in a snowy field south of Cove, Oregon. “Radio collars begin emitting a mortality message after 8 hours of inactivity,” Brown says. OSP believes the wolf was killed earlier that same day.

OR 109 was the 10th wolf poached in eastern Oregon since last February. It began on February 9, 2021, when Brown received a mortality signal from a collared wolf located near Mount Harris, just north of La Grande. She requested that OSP investigate, and they found five dead wolves; three males and two females comprising the entire Catherine pack. OSP officers also found a dead magpie on the scene. All of the remains were transported to the U.S. Fish and Wildlife Service wildlife forensics lab in Ashland, Oregon for further investigation.

As of February 2022, eight wolves had been poisoned and two had been shot. Then, on March 25, 2022, OSP responded to a mortality signal from a young collared male wolf, OR 117. OSP found the wolf deceased in the foothills of Richland, Oregon, which is also located in the northeastern part of the state. Authorities believe that OR 117 died sometime between March 12 and 13—information about the cause of death has yet to be released.

In cases of chronic livestock depredation, the ODFW does allow for wolves in the eastern part of the state to be killed under certain conditions, and after a thorough assessment of the situation. Livestock producers may also take wolves caught in the act of killing stock or working dogs, however, they must preserve the scene of the incident and notify ODFW within 24 hours. Wolves in western Oregon are now under the protection of the Endangered Species Act.

Oregon’s current minimum wolf population, from Oregon’s 2020 Annual Wolf Management Report is 173 wolves. However, the latest population figures are not yet available.

More than a dozen environmental organizations have funded rewards for information leading to a conviction of whoever is poaching wolves in northeast Oregon. The reward money for the wolf poisonings is currently more than $50,000. A separate reward fund for OR 109 is around $22,500, and the reward fund for OR 117 is $11,500.