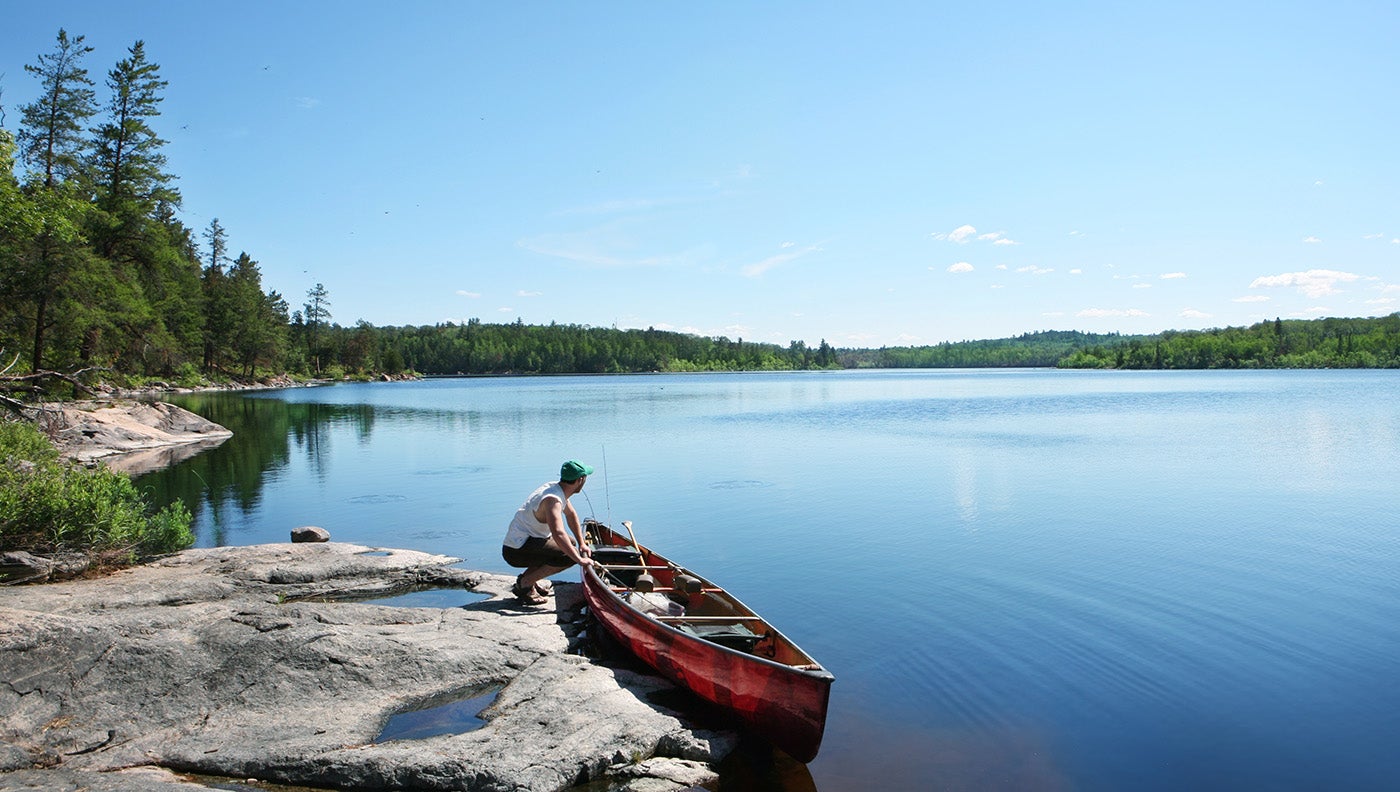 The Boundary Waters Canoe Area Wilderness in northeast Minnesota is home to some 1,100 pristine backcountry lakes. GeorgePeters via Getty
SHARE

The Chilean mining company hoping to develop a $1.7 billion copper-nickel mining operation near the Boundary Waters Canoe Area Wilderness (BWCA) in northeast Minnesota sued the federal government on Monday. The lawsuit was filed in U.S. District Court in Washington, D.C. by Twin Metals Minnesota. It seeks a reinstatement of federal mining leases that were canceled by the Department of the Interior (DOI) in January. Without those leases, the mine’s developers cannot proceed with an environmental review and permitting process that would allow their massive project to move forward.

Twin Metals’ proposed underground mine has been the source of fierce controversy for years. Field & Stream first reported on the issue after a visit to the area in 2017. Conservation groups say that the mine would result in serious environmental degradation of the BWCA and applauded the DOI’s decision to rescind Twin Metal’s permits on Jan 25, 2022. They argue that the federal leases never should have been issued in the first place.

The leases were issued in 2019 during the Trump Administration. Mine proponents say the project would bring much-needed jobs and an influx of revenue to the nearby town of Ely, Minnesota. The type of minerals that Twin Metals is seeking to extract are in high demand within the electric automobile and solar panel industries.

The Trump-era decision to grant leasing to Twin Metals resurrected the company’s proposed mine after President Trump’s predecessor, President Obama, decided not to renew their 50-year-old leases during the waning days of his presidency. In denying the leases once again, the Biden Administration initiated a bureaucratic process that could eventually lead to a 20-year ban on all mining within the BWCA watershed.

Why the Recent Lawsuit Matters to Hunters and Anglers

The Boundary Waters Canoe Area Wilderness is the most visited wilderness area in the country, drawing more than 160,000 visitors every year. It encompasses the northern third of the Superior National Forest and contains more than one million acres of remote boreal forest with some 1,200 miles of canoe routes, more than 2,000 backcountry campsites, and 1,100 pristine lakes. The canyons, hills, cliffs, and crags of the area were carved by glaciers eons ago.

“The Boundary Waters is America’s most visited wilderness for good reason: no other place compares to these public lands and waters that are utterly unique.” Land Tawney, President and CEO of Backcountry Hunters and Anglers, tells F&S. “After a thorough assessment of the environment and the region’s complex hydrology, science is telling us that this project would be a bad idea, and we have an obligation to protect this pristine ecosystem. The lawsuit brought by Twin Metals is, quite frankly, doomed. It fails to acknowledge the will of the people—the millions of hunters, anglers, and others who spoke up in support of the Boundary Waters’ permanent conservation.”

Other mine opponents, like the Campaign to Save the Boundary Waters, say that the construction of a sprawling underground copper mine within the watershed of the BCWA would severely harm the sensitive boreal environment of northeast Minnesota. They point to a Harvard University study that showed that protecting the region from the proposed mine would result in substantially more jobs and income through the recreation sector over a twenty-year period than the mine could provide with mining jobs.

In its lawsuit, Twin Metals alleges that the federal government acted illegally when it withdrew the leases back in January. It asked the court to declare the leases valid and in force—a decision that would imbue the stalled mine proposal with new life. The company contends that the DOI’s decision to withhold its leasing “constituted nothing less than an unlawful attempt to rewrite the policy choices that Congress has made about the proper balance between environmental concerns and the availability of mining on public lands.”

The suit names both the DOI and the Bureau of Land Management (BLM) and mentions multiple officials from both agencies including Secretary of the Interior Deb Haaland, according to the Minnesota Star Tribune. Both the DOI and the BLM declined to comment.