Researchers recaptured a turkey hen that they'd originally banded back in 2012. She's several times older than the average wild turkey 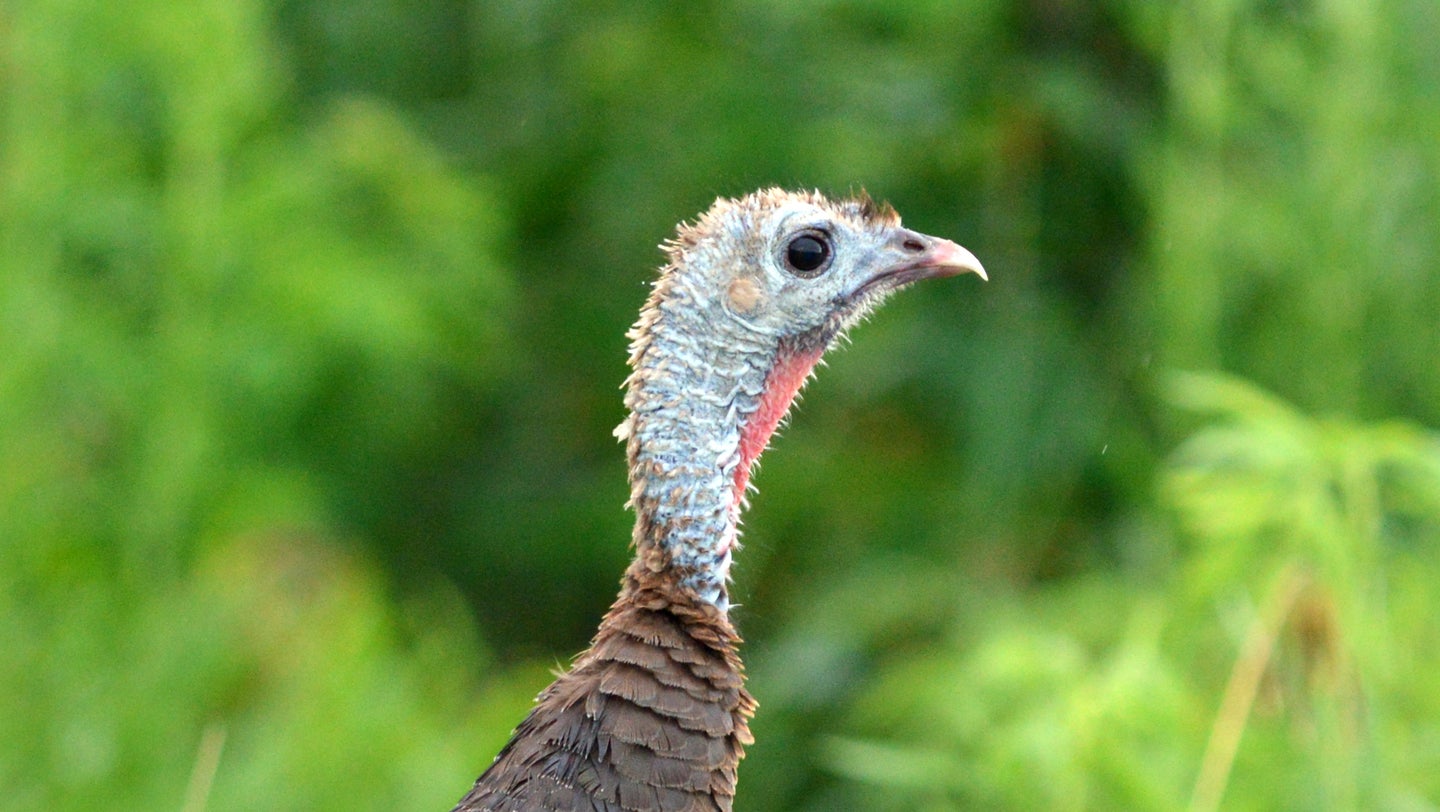 Wildlife biologists in Pennsylvania recently captured the oldest wild turkey ever recorded in the state—a 12.5-year-old hen that was trapped on February 2 in Clearfield County as part of a broader research study. The bird was wearing a leg band that researchers determined was fitted in March 2012. The hen’s age, estimated using data collected during both captures, is considered to be more than three to six times older than the average wild turkey.

“In Pennsylvania, if a hen reaches her first birthday, she has an average life expectancy of one to three more years,” the Pennsylvania Game Commission wrote in a Facebook post announcing the record. Biologists reported the hen still appeared healthy and was fitted with a GPS transmitter for monitoring before being released.

The capture was part of a new large-scale research study that will put GPS transmitters on hens across the state’s six regions. Scientists plan to fit 100 birds with backpack-style transmitters and leg bands each winter through 2025. They will recover and redeploy transmitters from any hens that die. They expect to be able to monitor 400 hens at once. The researchers will also collect blood, tracheal, feces, and skin samples from the hens for disease analysis. The commission will identify potential trapping sites each year by asking the public to report the location of turkey flocks in January, February, and March.

“It’s going to be the largest turkey project we’ve ever conducted, with the hope of answering many questions regarding current hen population dynamics,” said Mary Jo Casalena, the commission’s turkey biologist, in a press release. “We’re looking at hen population and movement dynamics, as well as disease prevalence.”

Read Next: Rare Native Snake That Grows Up to 8 Feet Found in Alabama for Second Time Since 1954

The population and movement portion of the research will study how landscape and weather impact hen nest rates, nest success, poult survival, predation, habitat use, and movement—the 12.5-year-old hen was captured only about a mile from where she was originally banded in 2012. The disease portion of the study will examine how disease prevalence varies based on landscape and how it impacts things like the survival and nesting rates of hens of different ages.

Since 2001, when the Pennsylvania wild turkey population was estimated to number between 280,000 and 400,000 birds, numbers have been trending downward in the state—and throughout much of the birds’ eastern United States range. By 2019 the Pennsylvania turkey population had dropped to 212,170. Habitat loss, weather conditions, predation, disease, and hunting mortality are all considered to have contributed to the decline.