Pennsylvania Poacher Found with Remains of 37 Bucks on His Property 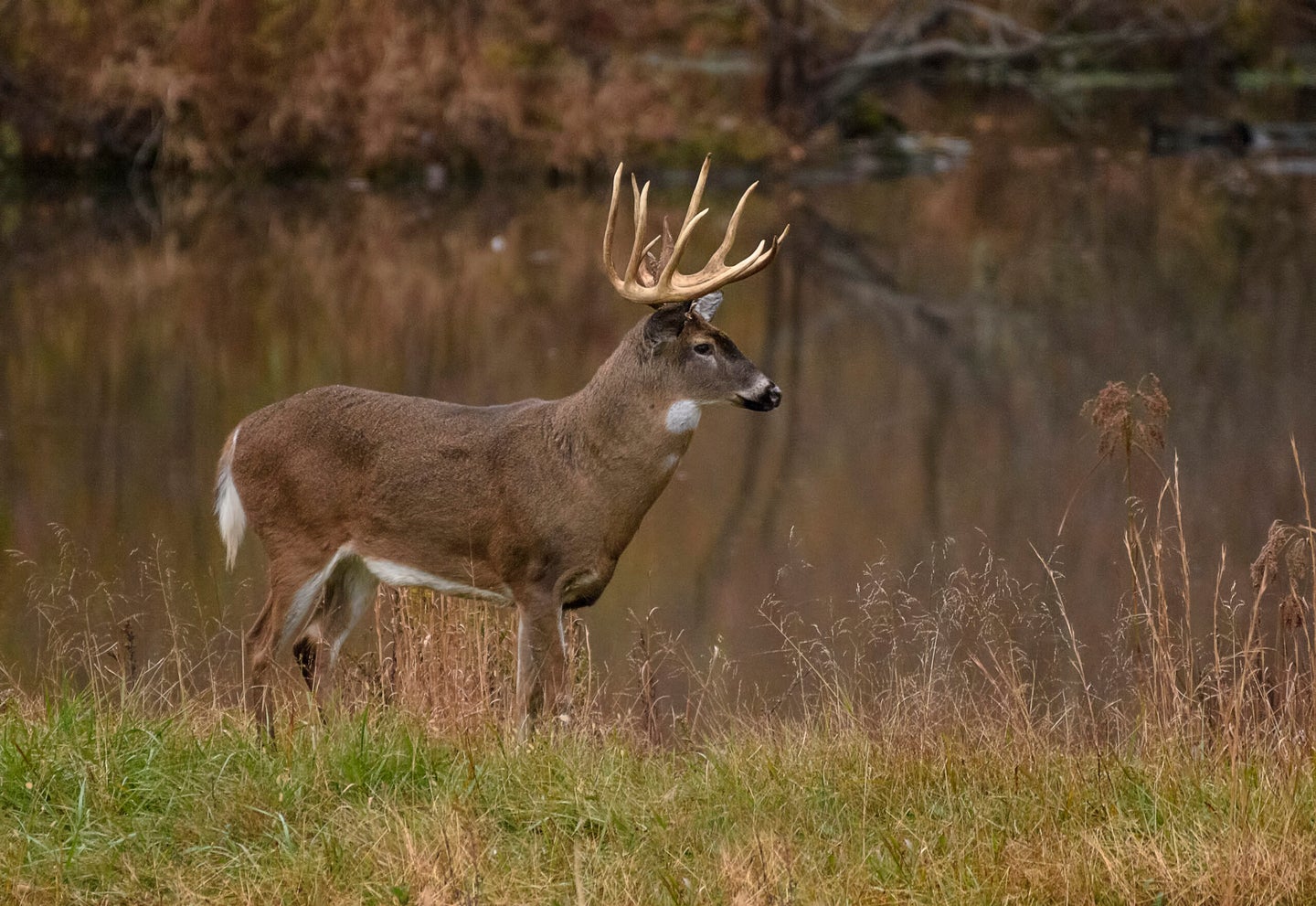 David, J. Frantz Sr., 59, of Kunkletown, PA, was taken into custody on multiple charges at around 9:30 am on November 15th. According to PennLive.com, Pennsylvania State Police at Lehighton initially responded to a call from a resident of Molasses Valley Road, Polk Township. The caller described a red Ford F-150 parked on a neighbor’s private property with the front door ajar and a rifle visible in the front seat.

After finding the vehicle, state troopers discovered a loaded, pump-action rifle chambered in .308 on the console with a spotlight and ammo box nearby. Police also found over 200 ears of corn, which Frantz later admitted to stealing from a neighboring property. Frantz is prohibited from possessing firearms due to a 2000 burglary conviction and already had a history of game violations—and an indefinite hunting ban in Pennsylvania. Troopers took him into custody and confiscated his vehicle and rifle.

According to State Wildlife Commission Information and Education Supervisor Gerald Kapral, Frantz has a history with law enforcement. “We’ve been dealing with this guy since as far back as 1989,” he told PennLive.com. “This guy, he’s just a bad guy, he’s no good. He has no regard for game law, he has no regard for criminal law, as the charges show here.”

Officers visited Frantz’s residence following the arrest, where they observed several more firearms in plain view, spent rifle casings on the ground, and a “buck skull with antlers leaned against a pine tree on the hillside which was visible from the driveway,” according to the affidavit of probable cause. Police then obtained and executed a search warrant for Frantz’s residence. State police and Game Commission Officers found multiple guns on the property, including loaded semi-automatic and bolt-action .22LR rifles, a .22-250 lever-action rifle, a .270 bolt-action rifle, a flintlock pistol, 11 rifle scopes, and additional ammunition. They also seized 37 white-tailed deer skulls and antler sets, roughly 31 pounds of processed meat sticks, multiple containers of butchered venison, and meat processing equipment. The investigators stated that the first buck they found did not appear to have been killed recently and that some of the other remains may be several years old.

Frantz was arraigned on 88 charges, including 37 counts of felony unlawful killing or taking of big game, summary unlawful taking or possession of game or wildlife, six counts of prohibited possession of a firearm, theft, trespassing, receiving stolen property, agricultural vandalism, loaded firearms in vehicles, two counts of agricultural trespassing when ordered not to enter, and buying and selling game.

Frantz was committed to the Monroe County prison after failing to post the $50,000 bail. A preliminary hearing scheduled for December 9 before District Judge Colleen Mancuso will determine if there is sufficient evidence to send the charges toward trial in county court.