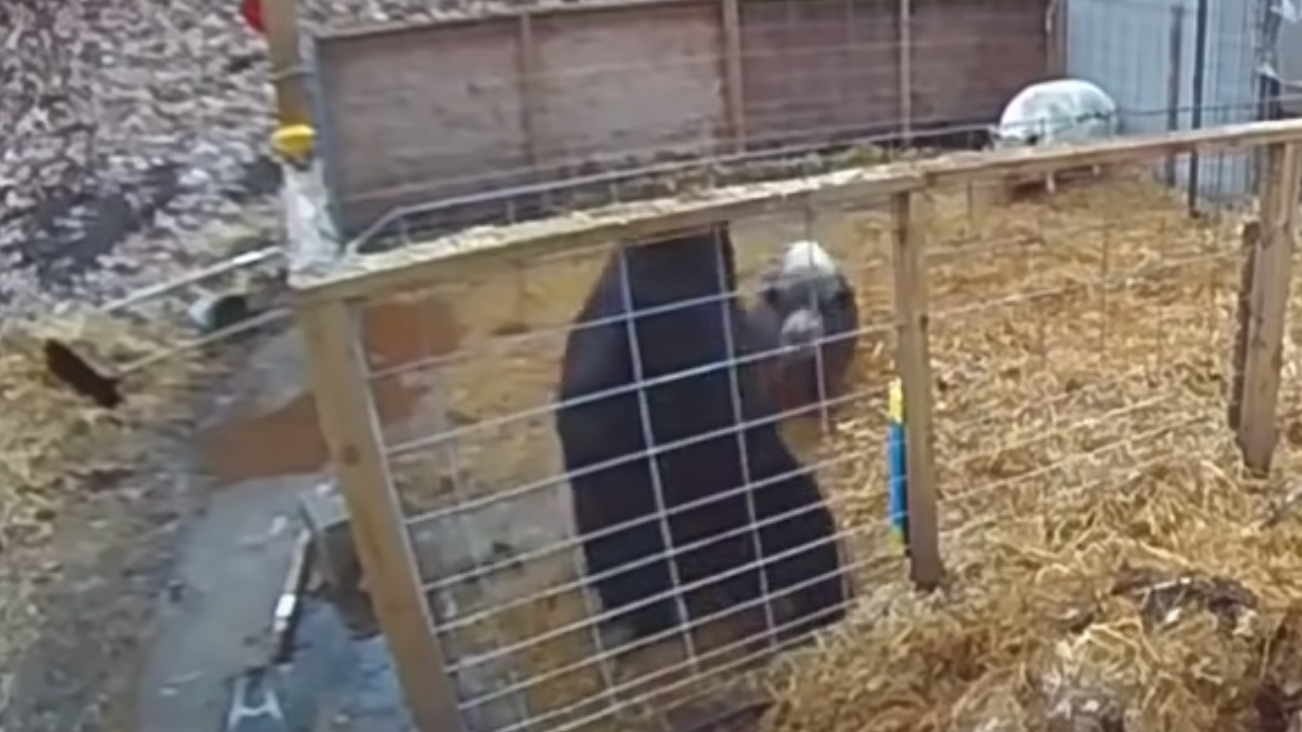 A black bear in New Milford, Connecticut, clambered into a pigpen, hoping to secure an easy meal of bacon, but found some angry—and aggressive—hogs instead. The pigs’ owners Kevin David and Rebecca Shaw captured the unexpected incident on a Ring.com security camera. The wild footage shows the bear going after one of the Vietnamese pot-bellied pigs named Mary. But the pig charges the bruin and pushes it around the pen like a boxer dominating an opponent in the ring. When she relents, Hammy, the other pig, bluff charges the bear several times. By then, the black bear has realized it’s dealing with some seriously hardy pigs and retreats back over the pen’s fence.

“I am very proud of [the pigs] because Hammy, the little one especially, he’s afraid of his own shadow and the way he came charging out when he seen Mary tussling with the bear,” Shaw told NBC Connecticut. “He was like ‘oh no, no way, get out.'”

David confirmed to WTNH that the pigs suffered no serious injuries—and perhaps the worst injury was to the bear’s ego, who got bullied by two domestic pigs. “They’re fine,” David said of his animals. “They’re some heavy pigs, and we’re pretty sure that bear is still a cub.”

Black bears live throughout the United States. They are opportunistic feeders, meaning they’ll try to make a meal out of whatever food sources they come across. Bears in Connecticut were extirpated in the state by the mid-1800s but a significant population returned to the state in the 1980s because of regrowth forest in the region, according to CT DEEP. “Since then, annual sighting reports have increased dramatically, indicating a rapid increase in the bear population,” writes DEEP. “With the number of bears increasing in the state, it is important for residents to learn the facts about black bears and how to coexist with them.”