A Pintail-Mallard Hybrid? Here’s What We Know About Duck Hybridization

Duck hybridization is rare among wild birds—but it does occur. Here's what a waterfowl genetics expert has to say about the phenomenon 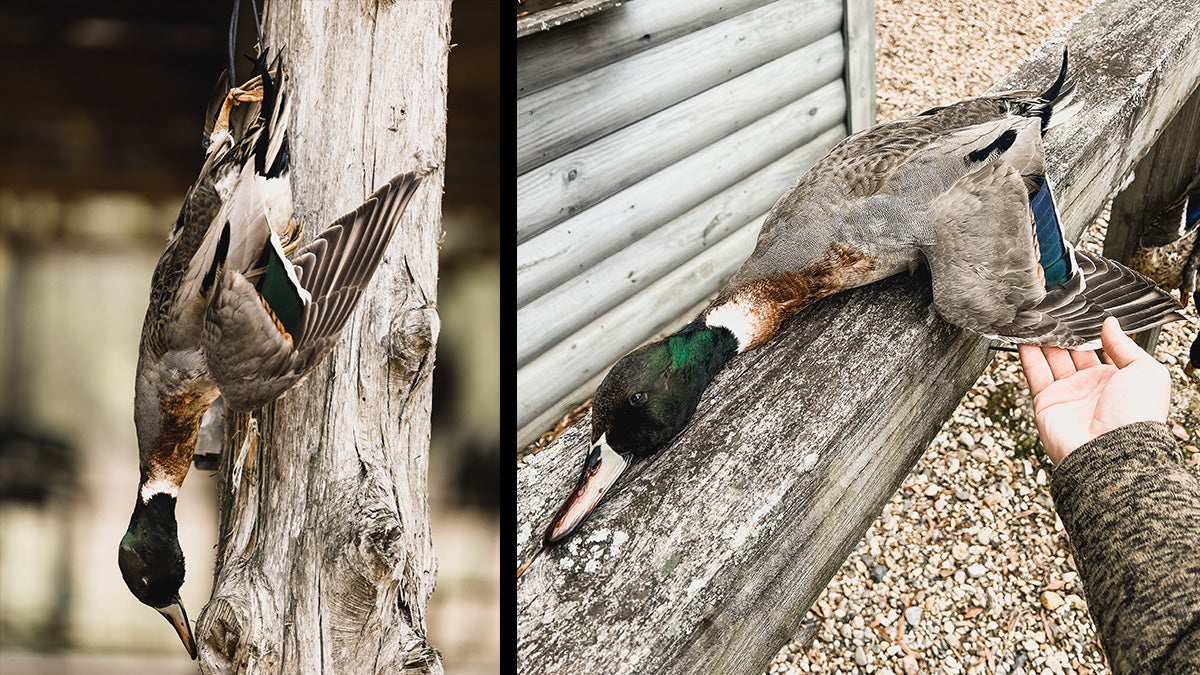 During southeast Arkansas’ first season split earlier this year, Ducks Unlimited Communications Specialist Matthew Harrison was enjoying a good morning in the timber with a couple of other hunters. “We had shot into a couple of big bunches,” Harrison says. “Then, at about 8:30 a.m., we worked and finished a group of five mallards. Just before the shot, one of the kids hunting with us looked at the bunch and said, ‘That’s a pintail!’”

Harrison shot the duck. With the bird in hand, it became clear the drake was not an ordinary pintail. Instead, it was a mallard-pintail hybrid—a bird many hunters may never see in a lifetime. “I have hunted in thirteen states and this is the first hybrid I’ve ever seen,” says Harrison. The duck is destined for the taxidermist, and eventually the wall of the lodge where it was shot.

Hybrid ducks are rare. Just how rare is a question for waterfowl geneticist Dr. Phil Lavretsky of the Population and Evolutionary Genetics Lab at The University of Texas-El Paso, aka Lavretsky Lab. Lavretsky estimates that the rate of hybridization in the wild runs around five percent. And, while five percent sounds like a lot, not every hybrid looks like a mashup of two species, especially second- and third-generation hybrids. And, even a first-generation hybrid hen might not look that unusual upon brief examination. Lavretsky adds that ducks are unusual in that their genetics allow them to hybridize and produce viable offspring, unlike say, horses and donkeys which create non-viable mules.

Most duck hybrids in North America are “mallard plus anything,” according to Lavretsky. Adaptable generalists, mallards nest almost everywhere, giving them plenty of opportunity to interbreed with other species. Paired mallards will step out for some extra pair copulation at times, and “unwed” mallard drakes, as Lavretsky calls them, will mate with whatever duck they can at the end of the breeding season. Mallards breed with many puddle duck species, and some mallard-diver crosses have been recorded. Lavretsky says he has even seen a mallard-shelduck cross from New Zealand.

The most common hybrid is the mallard-American black duck cross, and many blame the mallard for decreasing black duck populations. Lavretsky says the truth is more complicated. While many black ducks do now carry mallard DNA, Lavretsky has found that genetically pure black ducks nest in the eastern boreal forests, where mallards and mallard-black hybrids will not go to breed.

The real hybrid conservation concern, he says, is the mixing of wild and released mallards in the Atlantic flyway, where there’s a solid chance that any mallard contains both wild and game-farm DNA. Game farm ducks are smaller than wild mallards and can’t put on fat efficiently enough to survive in cold weather. In addition, their wings are shorter. “For years I’ve heard duck breeders say that their birds are sportier fliers,” says Lavretsky. “We measured their wings and they are shorter.” Tests in flight simulators showed that while the game farm mallards may indeed be faster fliers, they are not as well suited to making the long, migratory flights often needed to thrive in the wild.

Mallards aren’t the only ducks that hybridize. For instance, canvasbacks and redheads share nesting habitats and will dump eggs in one another’s nests, as will wood ducks and hooded mergansers. The offspring then believe they are members of the other species and may mate accordingly, producing hybrid offspring. Among sea ducks, long-tails and eiders sometimes breed and Stellar’s eiders carry genetic material from both eiders and long-tails.

While most hybrids are called “X plus Y” cross, one does have a name: Brewer’s duck. John Audubon named it for fellow naturalist Thomas Brewer after collecting and painting a gadwall-mallard cross in 1822. At the time, he believed it to be a representative of a separate species. “No other individuals of the species were in sight at the time,” Audubon wrote. “All my efforts to procure another have been ineffectual.” It comes as no surprise that Audubon never found a second Brewer’s duck, since shooting a mallard-gadwall cross, or most any other hybrid duck, is an exceedingly rare feat.