Watch Two Sparring Pronghorn Bucks With Their Horns Locked Together 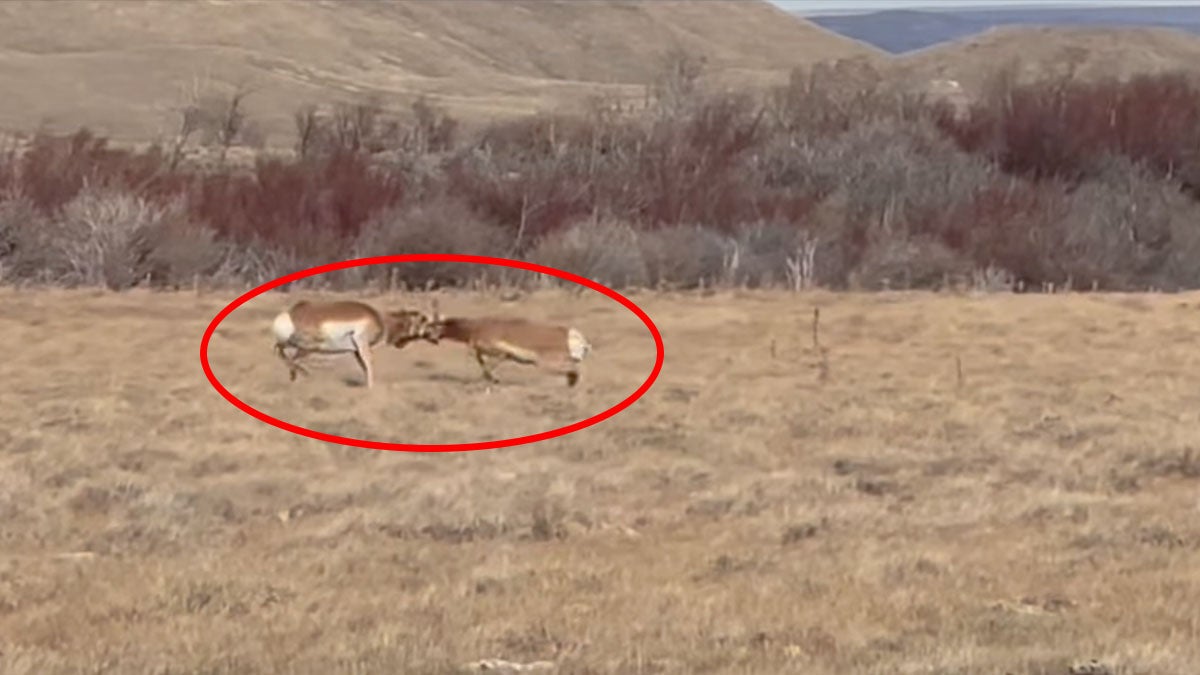 This is probably something you’ve never seen before: Two sparring pronghorn bucks with their horns locked together. The shocking scene was captured on video earlier this week by Blake Fegler of 307 Pursuit, a non-profit outfitter based out of Riverton, Wyoming that takes kids with life-threatening illnesses and disabled veterans hunting. “[This is the] craziest thing I’ve run into,” wrote Fegler in a 307 Pursuit Instagram post. “I’ve seen deer and elk locked up but this is my first pronghorn experience.”

When deer and elk spar, they’re known to occasionally get their antlers locked together. Without human intervention, this can lead to the death of one or both critters. In fact, recently a hunter in Missouri tagged a buck that was locked up with the antlers of a deadhead. While it’s rare for male deer or elk to get locked up, it’s almost unheard of for it to happen with pronghorn. See it for yourself below.

The video ends with the horns of both pronghorns still locked together. The bucks continue to thrash. “I didn’t stick around long and film more, because they were spooked by my presence, and I was making their situation worse,” wrote Fegler. Unable to find a game warden nearby, he reported the incident to the Wyoming Fish and Game Department.

Read Next: Discovery of Severed Pronghorn Heads Next to Hotel Dumpster Leads to Poaching Bust in Wyoming

“I went back to this spot the next morning and failed to turn up either of the bucks,” he added. “So they either managed to get set free by themselves or they got assistance from a warden. I don’t know how the story ended, but I didn’t find them dead, so I’m guessing that’s a good sign.”