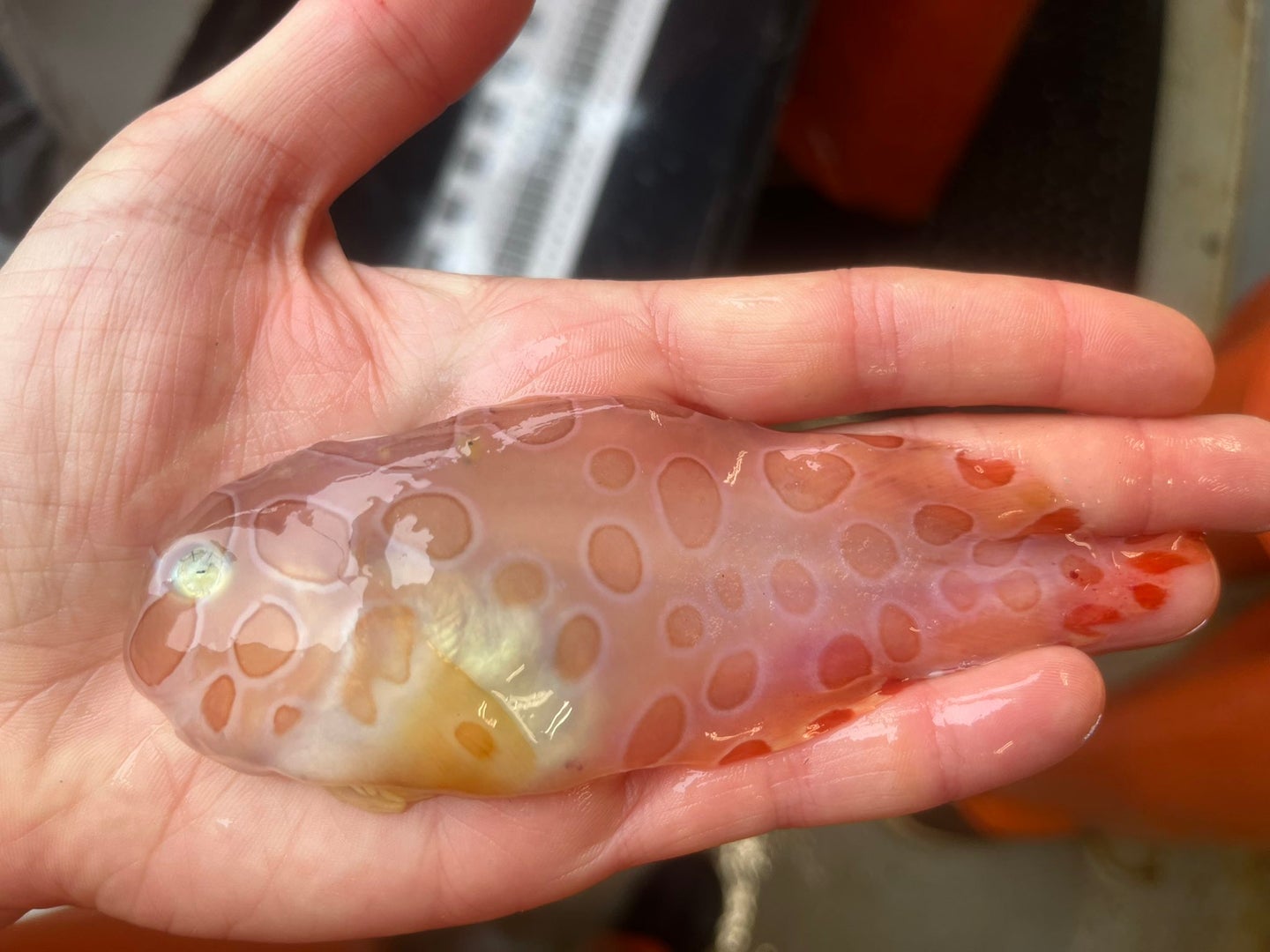 Researchers assessing ocean health in the North Pacific recently found something strange in its dark depths—a fish that feels like Jell-O. It’s a blotched snailfish, which typically live around 3,000 feet deep. The fish’s body is gelatinous for a reason.

“This is thought to be an adaptation to maintain neutral buoyancy and efficiently swim while coping with the crushing pressure of the deep sea,” Sarah Friedman, National Oceanic and Atmospheric Administration expedition crew member told Live Science. “They live in relatively remote locations and at deeper depths so the average person will never encounter this species.”

Been hoping to see one of these in person for a long time! Blotched snailfish (Crystallichthys cyclospilus) pic.twitter.com/RHxvxAeTog

The species also has a suction cup on its belly and is almost entirely translucent, which allows snailfish to hide in dark areas where there is little cover. The suction cup enables them to attach themselves to rocks, coral, and the ocean bottom, saving energy to hold in place regardless of strong ocean currents.

Snailfish are closely related to sculpin. They can usually fit in your hand but can grow to up to 30 inches long. They most often look like a tadpole with heads larger than their bodies. There are more than 400 types of snailfish globally. Like Arctic cod, certain types of snailfish produce an antifreeze protein so they don’t freeze in extreme cold.

Read Next: Expert Identifies Orc-Like Mystery Creature That Washed Up On Egyptian Beach

The recent discovery of the blotched snailfish off the coast of Alaska’s Aleutian Islands happened during a study of commercially-targeted fish and crab populations. The team also found a giant sea spider and a barreleye fish, which is known to rotate its eyes to see through its translucent head.