Black Bear Breaks Record, Travels Over 1,000 Miles After Being Relocated

The bruin, known as bear 609, crossed four states to return to a campground in Great Smoky Mountains National Park 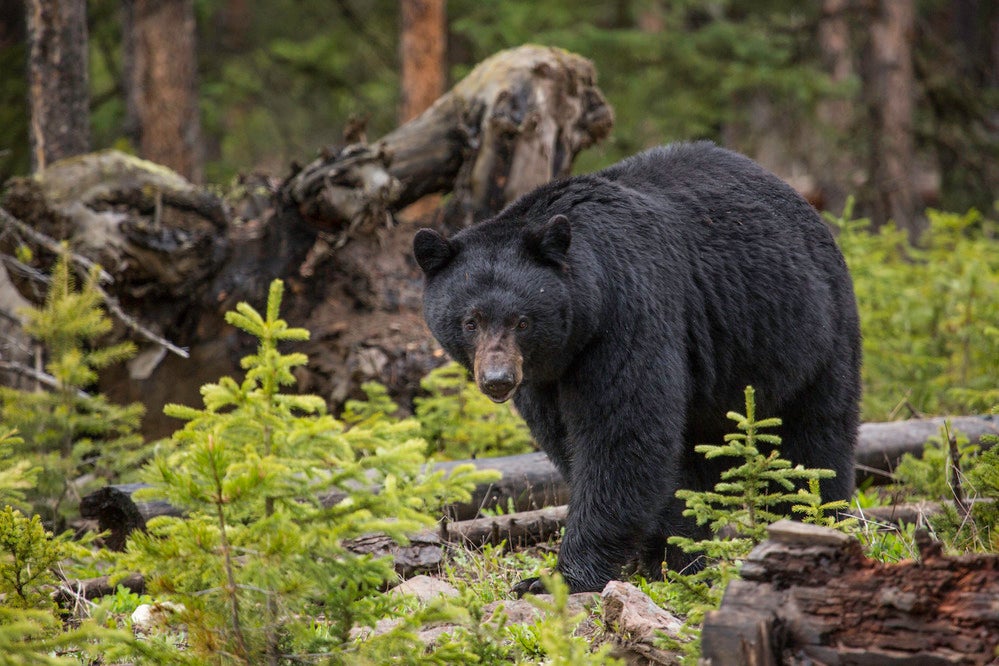 Relocating bears doesn’t always work. Especially when they’re willing to travel hundreds of miles to get back to where they were trapped.

Well, a female black bear known as “Number 609” traveled across four states to get back home after being relocated. She lived in Great Smoky Mountains National Park (GSMNP) until June 2022, when she was removed and relocated by park officials. The bear was known to scavenge picnic tables and peoples’ backpacks, which is why park biologists decided to move her to a less populous area. She was released to a remote part of South Cherokee National Forest.

The bruin was collared as part of a study that tracks relocated animals. According to the study, about two-thirds of relocated bears die within four months. So far, Number 609 has survived six months, despite being hit by a car, and she’s nowhere near where they left her.

“This was definitely one of the most bizarre movements I’ve seen so far,” Bill Stiver, wildlife biologist told WBIR. The sow walked 1,000 miles across Georgia, North Carolina, South Carolina, and Tennessee. The bear was hit by a car but didn’t appear to be severely injured. “She never slowed down. She just kept on going,” said Striver.

The black bear then crossed Interstate 40 and re-entered GSMNP. She then returned to the exact same campsite where she was captured in June. It’s the longest an animal has walked to return to the park, according to the study. The journey easily topped a 215-mile trip by a relocated bear documented in 2020.

Read Next: Bird Flu Detected in Alaskan Brown Bear for the First Time Ever

The National Park Service has moved problem bears out of GSNMP for 40 years. Biologists capture up to 70 “problem bears” annually. They estimate there are nearly 2,000 bears in GSMNP. Officials have not said whether they plan to attempt to again capture and relocate Number 609. It’s been two weeks since her collar sent data to researchers, but she is thought to be alive and healthy within the park.