University of Georgia biologists captured and tagged a 52-inch, 24-pound lake sturgeon—the largest specimen on record since the state’s reintroduction program began in 2001 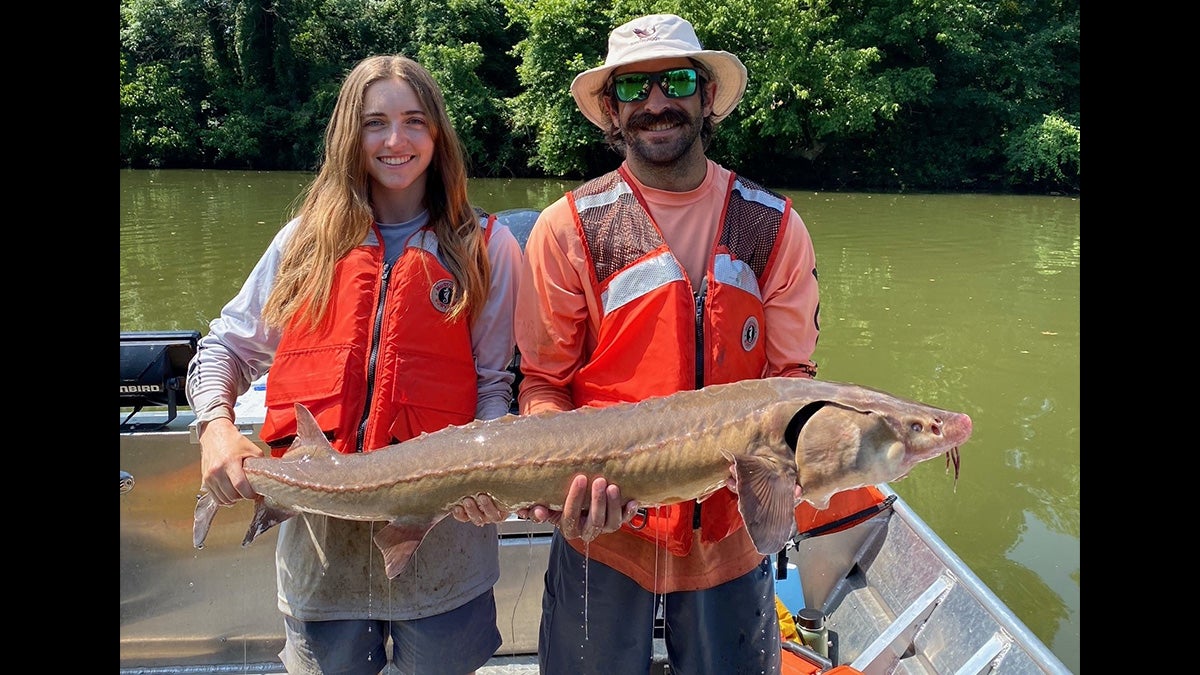 It is illegal for recreational anglers to target lake sturgeon in Georgia. Georgia DNR
SHARE

Earlier this month, biologists from the University of Georgia pulled a 52-inch, 24-pound lake sturgeon from the Coosa River near Rome, which is located in the northeast corner of the state. According to the Georgia Department of Natural Resources (DNR), the fish is the largest lake sturgeon to be reported to the agency since beginning its stocking program of the native species in 2001. Before releasing the sturgeon, the researchers implanted a radio tag in the fish so that they can study its seasonal movement and behavior.

Sturgeon are an ancient group of fish that evolved during the Jurassic Period. Primarily found in the Great Lakes and Mississippi River drainages, lake sturgeon were once plentiful in the Coosa River basin. For centuries, the species was dismissed as a rough fish, but demand for sturgeon soared at the end of the 19th century when their eggs were used to produce caviar. In addition to overharvesting, the construction of dams and increased water pollution also took their toll on the species. When Georgia embarked on a reintroduction program in 2001, no one had pulled a lake sturgeon from the Coosa River since 1959.

Beginning in April 2002, the Wisconsin DNR has shipped lake sturgeon eggs to Georgia each year. There, the Georgia DNR rears the juvenile fish in a hatchery for about six months. Once the fish are 4 to 7 inches long, they are released into one of several sites in the Coosa River Basin. More than 300,000 lake sturgeon fingerlings have been released to date. DNR staff regularly monitor the lake sturgeon population using nets, baited trotlines, electrofishing, and reports from anglers that accidentally catch them. So far, the data shows that the recovery efforts are working.

Sturgeon can live up to be up to 80 years old. They don’t spawn until they are 14 to 23 years old and then spawn infrequently after that. According to the Georgia DNR, it will take more than two decades of stocking before the species will be self-sustaining and 25 to 30 years before the population could support a harvest.

In the meantime, it’s illegal to target or harvest lake sturgeon in Georgia. Anglers who accidentally catch one should handle it gently and release it as soon as possible. To track the progress of reintroduction efforts, Georgia DNR requests that anyone who sees or inadvertently catches a lake sturgeon take a photo of the fish and report it to the agency.