Efforts Intensify to Save the Huemul, South America’s Endangered Deer

With only about 1,500 South Andean deer, or huemules, left in Chile and Argentina, conservation groups are racing to restore their habitat 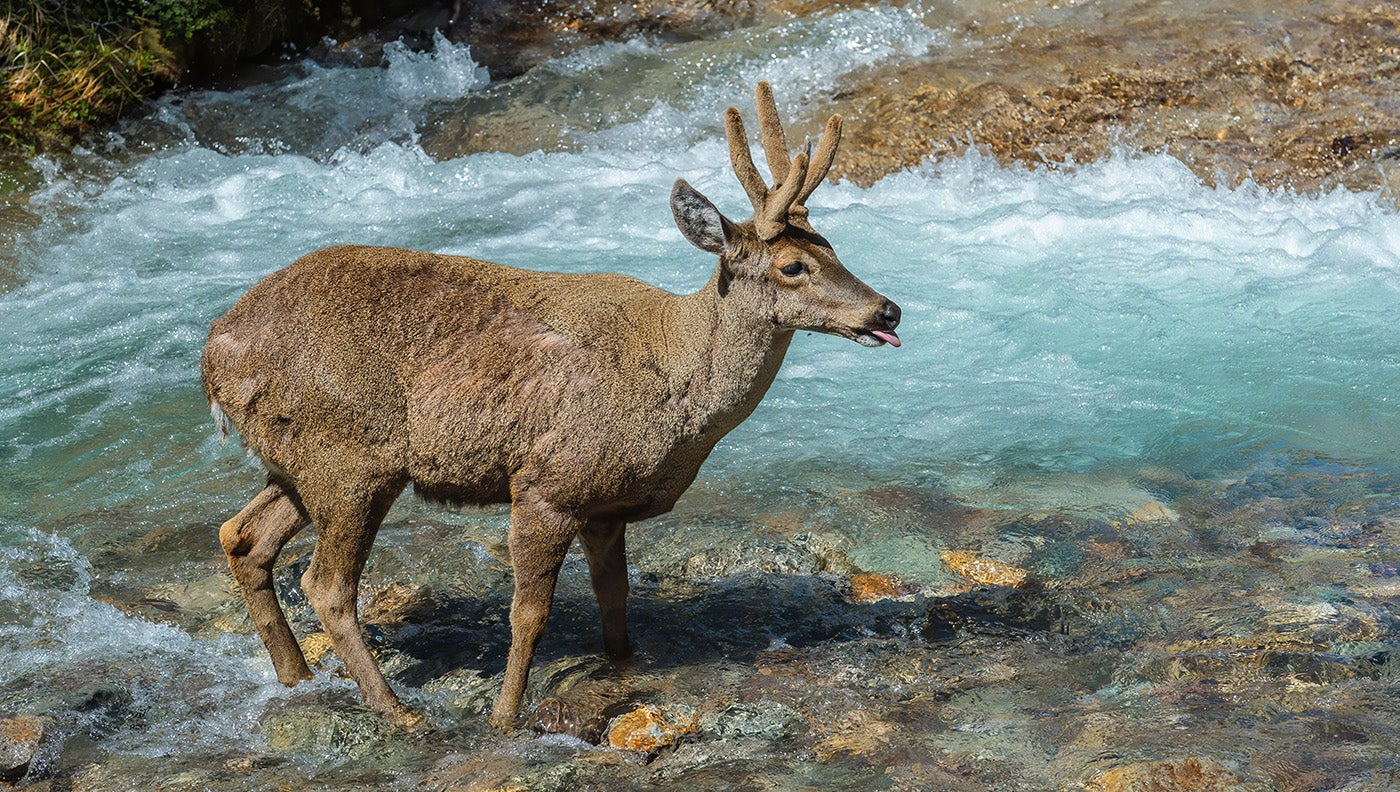 Even if you’re among the most hardcore American deer hunters, you probably have never heard of the South Andean deer, or huemul (pronounced “way-mool”). But the real danger is that no one will ever see one again if something isn’t done. Which is why efforts to save the huemul are now intensifying in Chile and Argentina, in response to the species’ decline to dangerously low population levels, according to The Guardian.

A short-legged, stocky deer, with mule-deer sized ears, the diurnal huemul lives in the southern Andes, preferring periglacial scrubland and rocky areas, as well as upland forests and edges. They have small, spiky antlers, and the bucks have distinctive dark faces. The total wild huemul population stands at an estimated 1,500 animals between Chile and Argentina. Worse, huemul are badly fragmented into about 100 small populations of just 10 or 20 deer, severely limiting their genetic diversity.

As little-known as they are to us, huemules are a Chilean icon. A huemel appears on the country’s national coat of arms, along with an Andean condor, and the deer was designated a National Monument in 2006. In 2010, Chile and Argentina signed a memorandum of understanding to work together to save the deer. There is strong interest among Chilenos in saving the huemul, even as the deer faces growing threats. As more people move into huemul habitat, poaching, predation from dogs, and habitat fragmentation caused by changing land use and fencing threaten to further isolate already scattered populations.

Captive breeding and release programs have shown some promise. Huemel have been successfully reintroduced into the wild, but the main effort in Chile centers around creating corridors to connect areas of huemul habitat, especially among Chile’s Route of Parks, comprised of 17 national parks. Rewilding Chile is one of several groups working to preserve, enhance, and connect huemul habitat. Rewilding Chile recently acquired 670 hectares adjacent to Cerro Castillo National Park and removed livestock fencing on the property, adding an important piece of adjoining land to what conservationists hope will one day be a huge area of connected habitat. “The Route of Parks is the spine, and now the huemul corridor forms the ribcage,” Director Cristián Saucedo told The Guardian, adding that restoring interconnected huemul habitat across the length of its Patagonian range is the ultimate, big-picture goal. With only 1,500 huemules remaining, protecting the small remnant groups and increasing their numbers is vitally important to insure there will be huemules left to occupy those conserved lands.