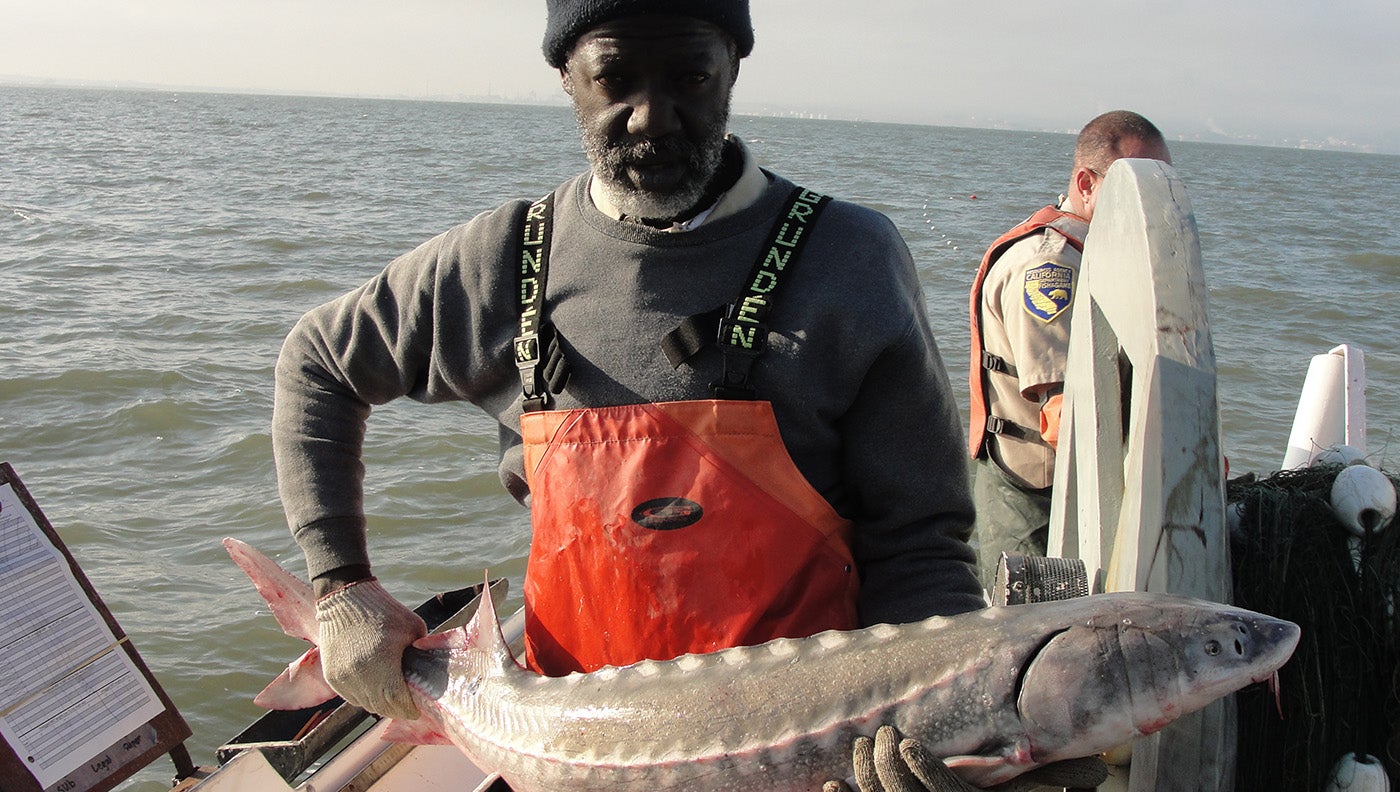 At least 400 white sturgeon were found dead after a red tide event killed tens of thousand of fish in California last summer. California Department of Fish & Wildlife Fish a
SHARE

If anglers want to continue fishing for white sturgeon in California, the state will need to enact immediate changes to its sportfishing regulations. That is the conclusion of twelve fish experts from UC Davis, UC Santa Cruz, and the private fisheries consulting firm Cramer Fish Sciences. The warning comes in response to a recent red-tide die-off of fish in San Francisco and San Pablo bays.

Described as a “wildfire in the water,” the unprecedented red tide swept the Sacramento-San Joaquin Delta in July and August of this year, killing an uncountable number of fish. The oxygen-depleting algae that causes red tides is known as Heterosigma akashiwo. While harmless to humans, it’s deadly to fish and other aquatic life. Last summer’s bloom indiscriminately killed halibut, bat rays, striped bass, yellowfin gobies, sharks, and many other species of fish by the tens of thousands.

But scientists singled out white sturgeon as the fish most threatened by the phenomenon. According to Andrew Rypel, a fisheries biologist and sturgeon expert at UC Davis, a recent study estimated that California’s white sturgeon numbers have been declining every year by as much as 5 percent. And the recent red-tide algae bloom—made more severe by warmer temperatures, sewage run-off, and oil refinery pollutants—elevated the urgency to a “critical” level. “We had a declining population already,” Rypel told the Merced Sun-Star. “Then we had this big fish kill…. What are we going to do about this?”

Biologists and volunteers counted 400 dead white sturgeon after the red-tide event, but Rypel says that this figure is likely a substantial undercount since sturgeon tend to sink after they die.

White sturgeon are the country’s largest freshwater fish. They can reach lengths of 20 feet or more, weigh several hundred pounds, and live for nearly a century. Calling them “the redwoods of the San Francisco Estuary,” Rypel and his colleagues urged the state to take several immediate steps to protect the threatened species that has plied west coast rivers since the time of the dinosaurs. Most noteworthy for the state’s 46,000 sturgeon anglers, they are calling for the fishery to become catch-and-release only, at least until the species recovers. Doing so could stave off a potential listing of white sturgeon under the Endangered Species Act, Rypel said.

Currently, California anglers may keep three white sturgeons between 40 and 60 inches each year. To date, no one has formally petitioned the California Fish and Game Commission to change the rules. Meanwhile, according to Rypel, the other key to the species’ long-term survival in California will be preventing massive red tides from happening again in the future.