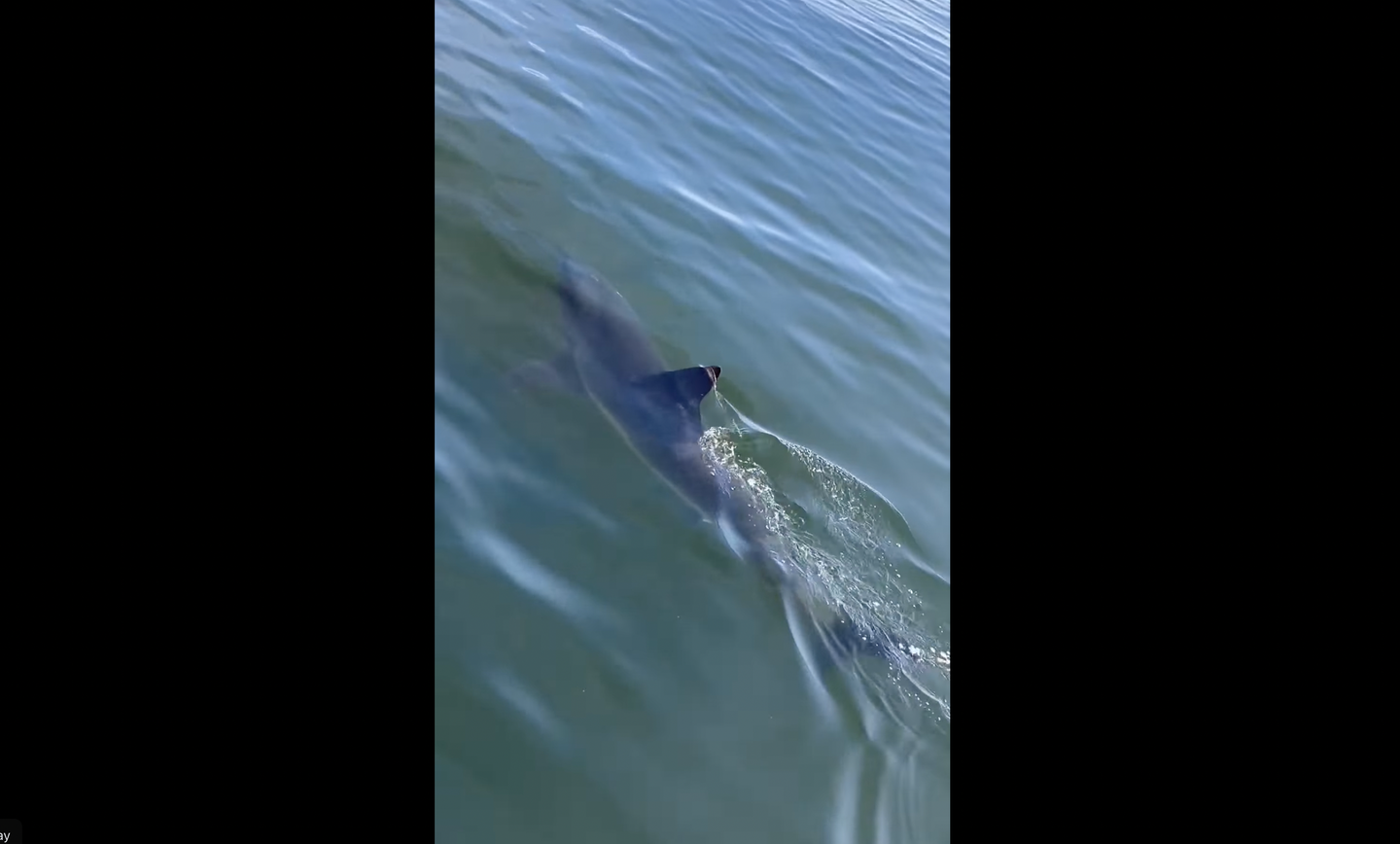 Coast Guard sailors off the coast of Oregon were treated to a visit by what appeared to be a great white shark. During an Aug. 25 transit along the coast south of Coast Guard Station Coos Bay, the shark, estimated at 10 to 12 feet long, swam with their vessel, affording the crew a rare encounter with an apex ocean predator.

“This was the first time any of our crew members had witnessed something this spectacular in real life, and certainly something they will never forget,” the Coast Guard posted on the station’s Facebook page.

The shark’s dorsal fin was visible above the surface for much of the time. “The crew and the shark may have been equally interested in each other,” the post continued. “We were lucky enough to be able to spend about 10 minutes admiring the presence of this amazing creature approximately 2 miles off the coast of Bandon, OR.”

The crew couldn’t make a firm determination about the shark’s species. It looks like a great white, but commenters on the Facebook post suggested it could be a salmon shark or a mako. And while it’s hard to be sure the shark was, as the Coast Guard put it, a “friendly visitor,” experts say sharks are often curious about activity in the water.

A great white sure looked curious when it followed an Atlantic White Shark Conservancy boat off of Cape Cod in August. And in May, people aboard a Sea Education Association vessel sailing from Florida to Massachusetts captured video of a huge basking shark swimming below the boat.

Read Next: Is that a Megalodon? Massive Shark Spotted Off Massachusetts Coast

Great whites are known to live along the east and west coasts of the United States, around the Pacific rim, off southern Africa, and in the Mediterranean Sea. They spend a lot of time in the surf zone, where they find much of their prey, and where they sometimes bite people. Humans aren’t part of a white shark’s normal diet, and most attacks may be caused by confusion in roiled water rather than by aggression.