If funded, the proposed barriers could help limit the expansion of carp populations up the Tennessee River 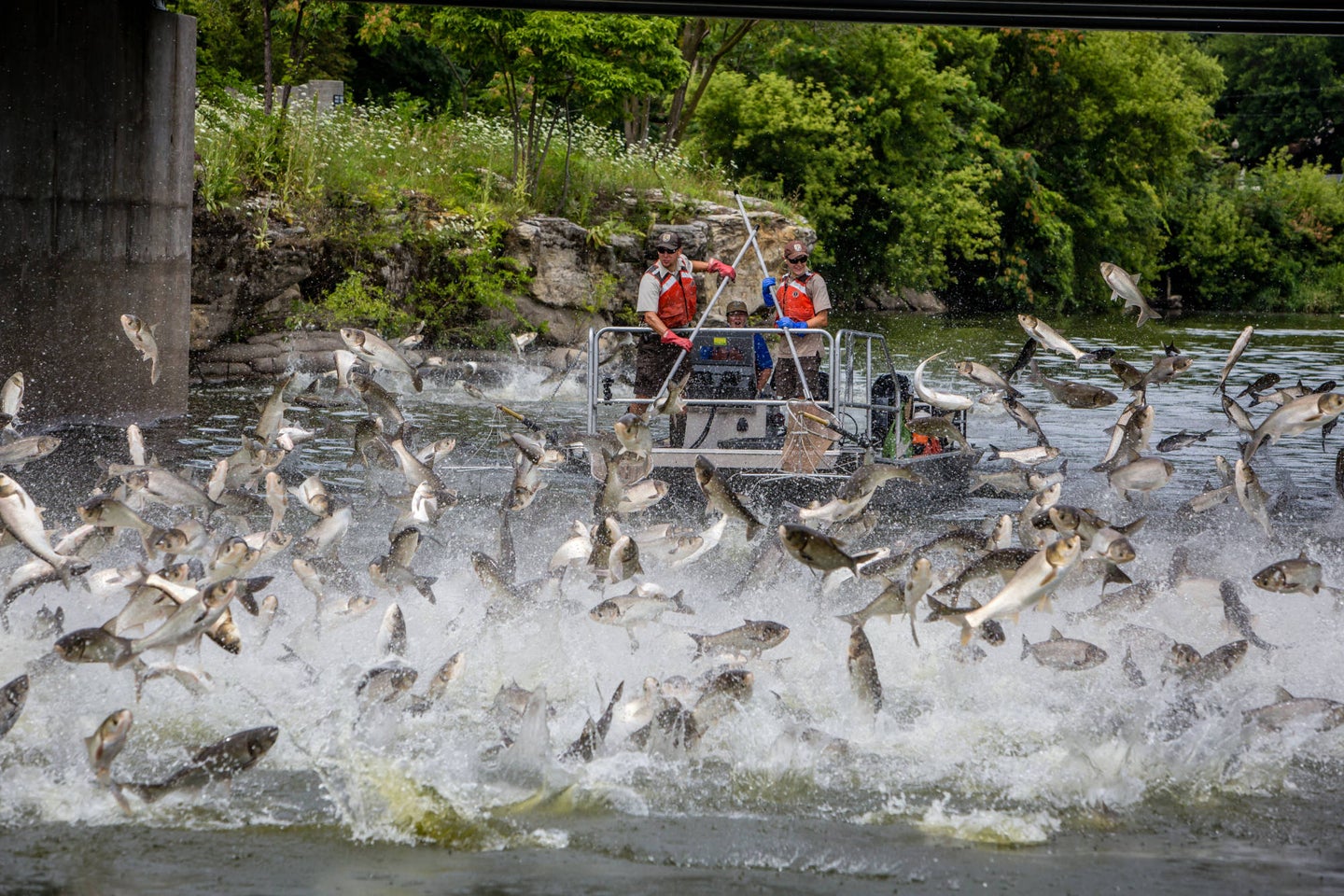 The Tennessee Valley Authority (TVA), a federally-owned electric utility company that operates throughout Tennessee, Alabama, Mississippi, and Kentucky, has released an environmental assessment that includes a unique proposal involving “fish fences” to help slow the spread of invasive carp up the Tennessee River watershed. The organization is proposing the installation of up to seven fish barriers at dams along the river.

The barriers would involve a combination of bioacoustic fish fences and carbon dioxide admitters. These features would be designed to block carp from entering the dams’ lock chambers, preventing them from moving into new bodies of water. Preliminary results from the U.S. Fish and Wildlife Service have shown that a bioacoustic fish fence at Kentucky’s Lake Barkley has proved successful in deterring carp. TVA officials emphasize that the proposed barriers would not significantly impact the environment, sport fishing, or any of the dams’ structures.

The construction of the new barriers is pending federal funding from the U.S. House of Representatives. The TVA has identified the Kentucky and Wilson Dam as the site for the installation of the first barriers. The TVA would determine the order that the remaining barriers would be installed as funding comes in.

Some locals have raised concerns about the order of the barrier installation. Pandora Vreeland, who lives in Tellico Village, Tennessee is excited about the barrier development but wishes that Watts Bar would be one of the first locations to get the barriers. A barrier at Watts Bar Dam would prevent carp to move upstream into East Tennessee from Chickamauga Lake, which is upstream of the Kentucky and Wilson Dam. However, the TVA says there is currently no evidence of established carp populations upstream of Pickwick Reservoir, based on comprehensive studies by the U.S. Fish and Wildlife Service and the Alabama Division of Natural Resources. Vreeland isn’t so sure.

“When you’re dealing with a massive, massive, body of water like Chickamauga Lake, they could be there in small numbers and you would never be able to catch them,” Vreeland tells ABC 6 WATE. “By putting a barrier in Kentucky, if they multiplied beyond that barrier, you’ve negated the impact of [it]”

This latest proposal comes as part of a decades-long, multi-agency effort to mitigate the spread of invasive Asian carp in the Mississippi River basin, which has included the removal of 12 to 15 million carp from Barkley and Kentucky Lakes in the past three years. According to the Tennessee Wildlife Resources Agency, Asian carp—an umbrella term for bighead, silver, black, and grass carp—are originally from the Yangtze and Amur River systems in China. The non-native fish were originally introduced for aquaculture purposes in the 1970s but escaped into natural waterways in the late 80s and early 90s. Today, they pose a severe threat to native fish and ecosystems, and silver carp, which are known to unexpectedly launch themselves out of the water, also pose a serious hazard to boaters. At this point, it would be impossible to completely eliminate the invasive carp from the region, which is why officials are focused on managing already-established populations and limiting their further spread.